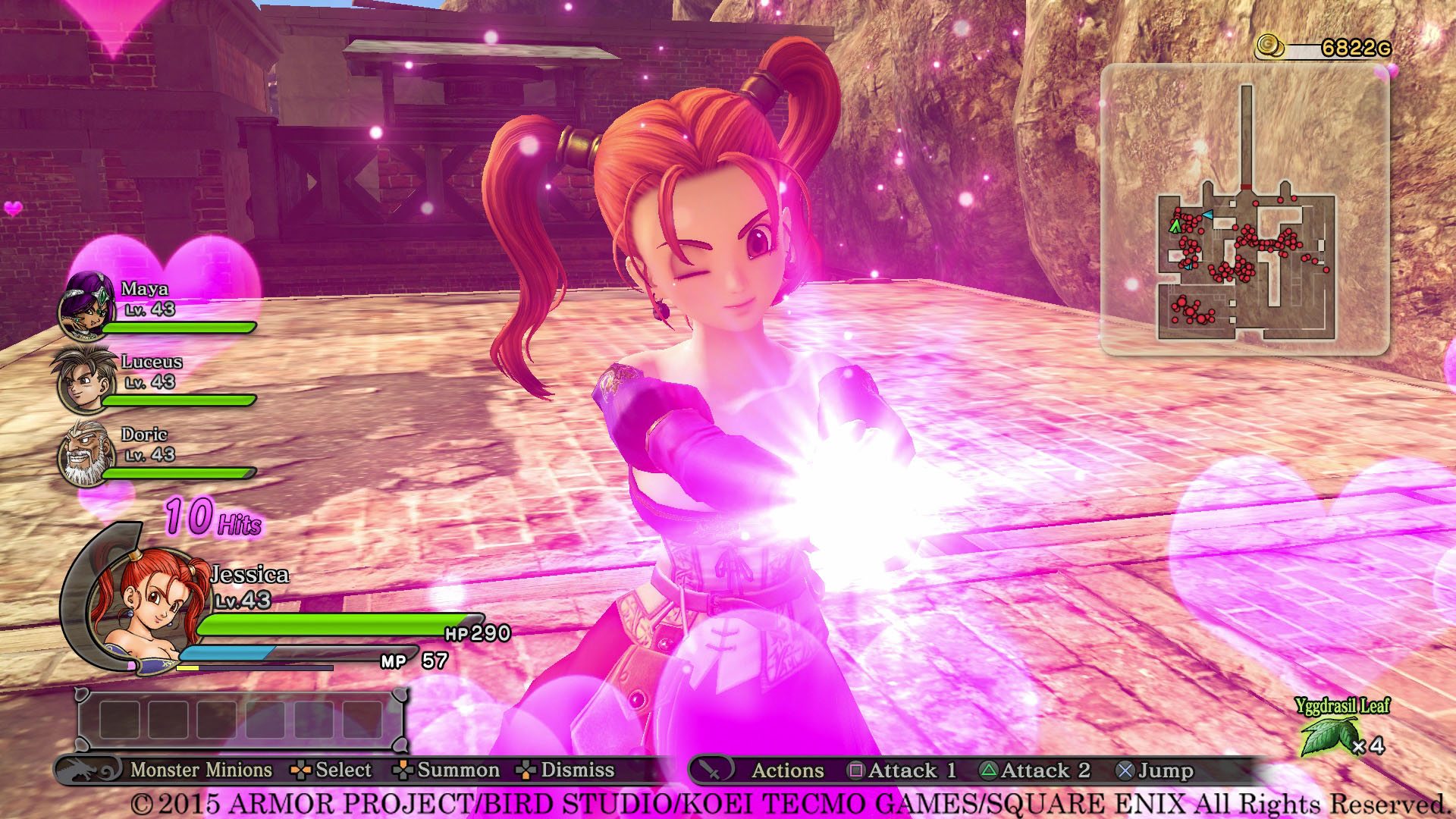 Dragon Quest is a series of games that hold testament to the evolution of JRPGs. From the original pixel-art game released in 1986, coincidentally released on the same year as the conceptually similar original Legend of Zelda, to the latest 3D versions, it’s easy to see how far gaming has come in just thirty years. Dragon Quest: The World Tree’s Woe and the Blight Below, the latest spinoff in this franchise is probably the best yet, mixing old and well-loved gameplay, and visuals with fresh concepts made possible through modern programming and 3D animation.
Here’s what I thought about several aspects of the gameplay:

This game has gorgeous artwork. As an artist myself, I have really high standards for visuals to the point that I won’t play a game if I’m not in love with how it looks. This game improves from the graphics of DQ X. The characters definitely feel more realistic, while still retaining Akira Toriyama’s signature anime style. Adding to the realism is that the characters are more integrated to the backgrounds, more so than earlier 3D games in this series such as DQ X. Speaking of the backgrounds, the environments manage to be detailed yet not distracting, simply serving the purpose of showing us the rich and enchanting Kingdom of Arba. The colors and lighting are beautiful and rich, harmonizing with each other extremely well. 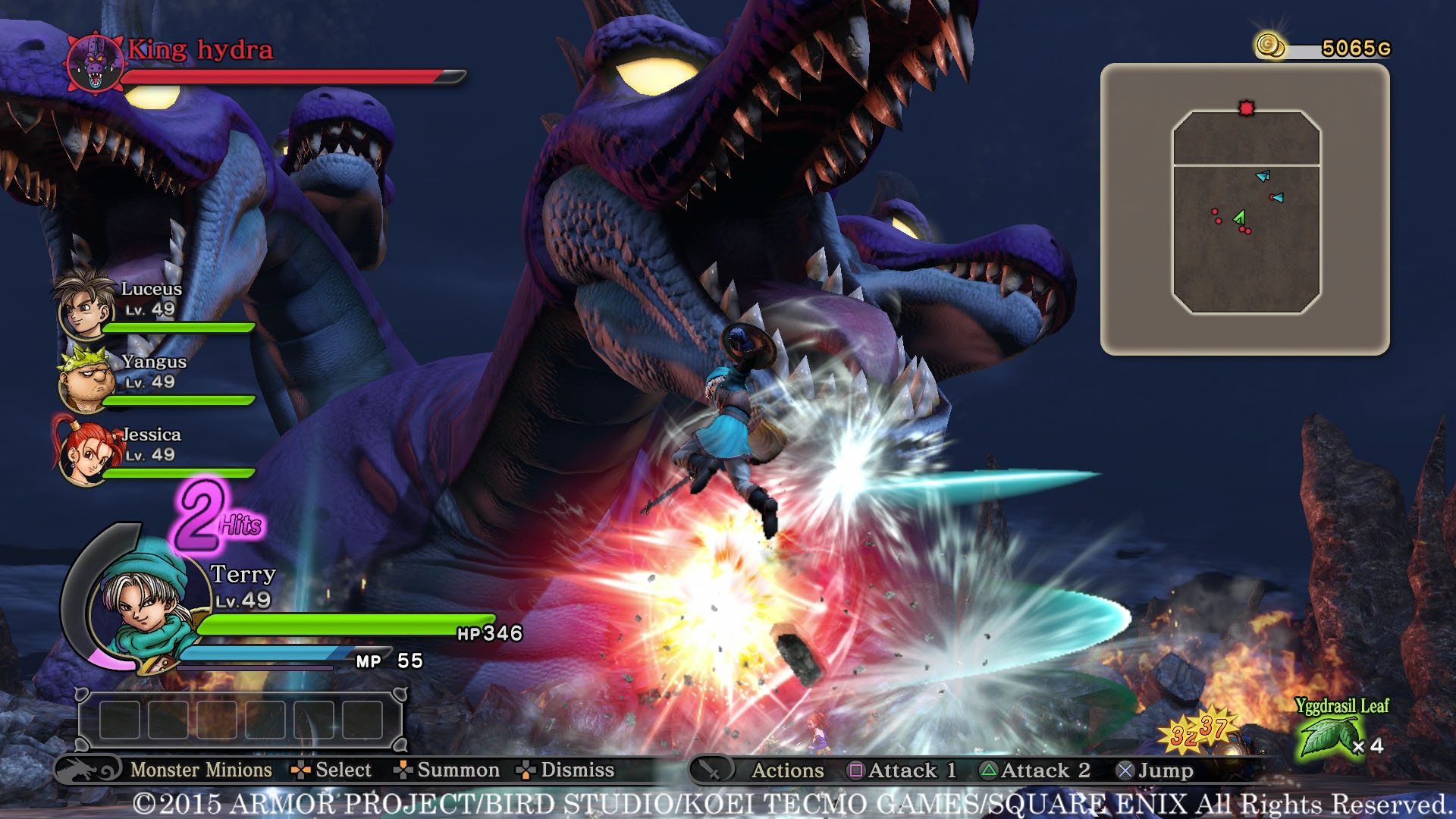 The animation is smooth, with clear thought given to little details such as hair and cloth, while retaining the spiky-hair-and-starched-clothing aesthetic of classic JRPGs. I haven’t had any framerate problems during gameplay.

The in-game artwork is consistent with the cinematic cut scenes, something which probably doesn’t matter to most, but it does say much about the developer’s attention to detail.

This game does not have your usual DQ turn-based fare. Instead, it is more of a hack-and-slash game that ensures plenty of button-mashing fun. Now, this may not sound like a challenge. And indeed, in the beginning it seemed like there was not a lot of strategy involved, but a few bosses and tricky side quest later, I learned to be more calculated in my moves.

The gameplay is a marriage of classic JRPG turn-based strategy teams and first-person real-time combat. You get to have out four characters at a time and can switch between them in battle. The characters that you are not directly controlling are taken over by the AI. Naturally, the AI isn’t too fantastic, but that only means there are more monsters for you to hack at. As you meet more characters in the story, you get to pick which ones you place into battle. Each character has unique weapons and skills, which make sure that there’s a little something for everyone whether you like to immerse yourself into waves of monsters in close-range combat or hit-and-run from afar. As your characters gain experience, you earn skill points which you can use to upgrade their different attributes.

One aspect of the game that I found very interesting is the ability to spawn monsters from occasional medal drops. In this game, monsters usually come in hoards, putting in a few well-placed sentries for crowd control is curiously satisfying. Actually, if there’s one thing I’d improve about the gameplay is to increase the opportunity for this tower defense-like gameplay as medal drops are quite rare.

Full disclosure: I don’t usually pay attention to videogame sounds as much as I do the visuals. Videogame music is the sort of music I just lose yourself into, as I’m busy hacking into waves and waves of slimes and skeletons and whatnot. This game’s music does not disappoint. I can’t count the times my awareness just melded into the upbeat, engaging music. If you’ve played all the other games in the DQ series, the classic sounds will also make you feel right at home.

The only reason this doesn’t get perfect marks is that the voice acting occasionally feels disjointed, even forced at times, from the overall world. But as you go through the game, you notice it less and less. 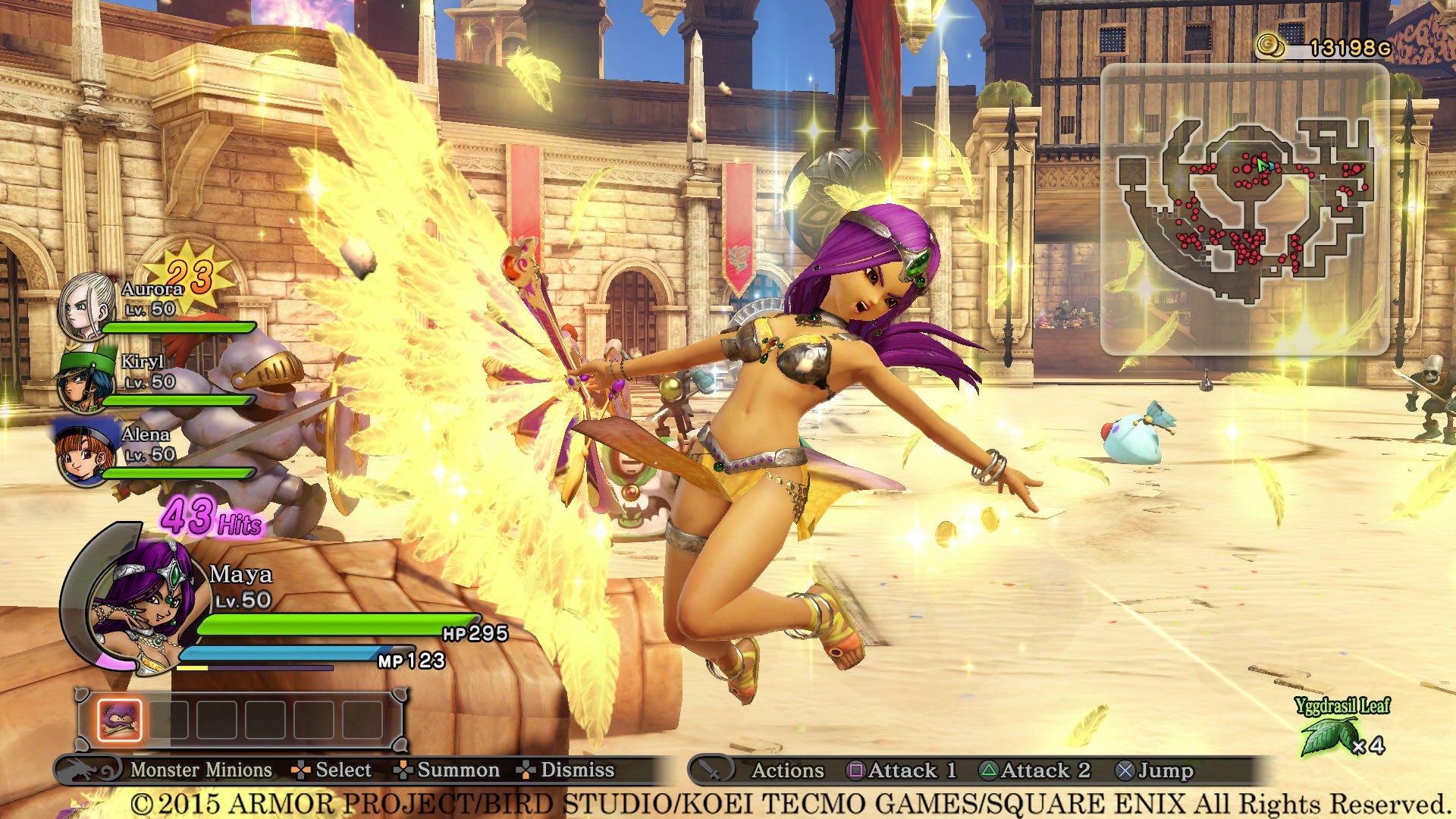 The story is pretty much standard fare, as far as Dragon Quest games go. It takes characters from other DQ games and merges them into one neat, linear storyline that centers on the conflict of good-versus-evil, light-and-dark, chosen-ones-against-ultimate-evil.

Basically, it is set in a world where humans and monsters live in peaceful coexistence. However, in the middle of a street festival, a dark wizard casts a spell that turns monsters against their former friends. The main protagonists, royal guards and resident chosen ones, Aurora and Luceus, along with a slew of other well-loved DQ heroes then take upon the mission of defeating the Child of Darkness and restoring balance to their now chaotic world.

In addition to the main story is a wealth of side quests that are sure to keep you busy.

In summary, this is a game that brings together excellent audio and visuals with a blend of classic and modern gameplay. Fans of the DQ series will not be disappointed, and even those who are getting into it for the first time will find this an engaging game.