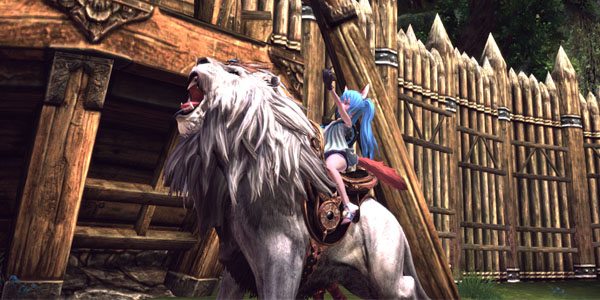 Last week I was able to have a hand in Bluehole’s TERA Online. The character and server selection screen will indeed give you a very good impression and high expectation of the game. It gives you a magnificent feel of the world itself. As you create a character, you’ve got to choose from 8 classes which are the Archer, Berserker, Lancer, Mystic, Priest, Sorcerer, Slayer & Warrior. It’s pretty good that we’re able to play all the available classes for every race though there are certain races that are gender locked which is quite understandable.

If you are to play your first character you will be entering the prologue and will just be optional for the other characters. The prologue is just quite a tutorial thing which lets you play a level 20 character. Afterwards you will then be ported to the actual starting zone which seems to be the main starting zone for every race so every player will most likely have the very common starting experience. In this starting zone you will actually see the magnificent world that have mentioned earlier. You would really fell the manifestation of a true fantasy game.

One of the main progression in the game is through the typical question. Basically, we have the story quest that is marked as red quest. This serves as one of the main source of exp in the game. We can also have some normal side quests along with the story quest. The game can only display or track up to 7 quests which are listed at the right side of the UI. The normal quests also gives decent amount of exp and some of them also rewards you some equipment that can help you as you progress.

There are some certain consumable items during combat while other regeneration stuff are only usable if you’re out of combat. We can also have the campfile which helps us regenerate our stamina. These campfire are either built into some certain areas while other can just summon it and can be bought from the merchants. The stamina gives your character a boost to HP and MP so it is quite useful to have your stamina at 120% for a long quest runs. Upon reaching level 11 and finishing the story quest, you will be introduced to one of TERA’s  transportation system which is the Pegasus Flight. This will let you move from some major areas in the world while riding the flying pegasus which is really awesome even though you can’t control how it moves. As you ride your very first pegasus experience you will then see the beauty of Velika, the city of wheels. In this city you will also get your very first mount in which I found fascinating. I know that the mount system was never new to MMOsbut I just found it missing to the recent games that I have played. Summoning the mount in TERA would not also take you some time as you can have it summoned instantly but you must make sure that you’re out of combat state. I would also love to see having mounted combat in TERA Online in the future tough. So far i’ve only seen the generic brown horse mount, the white version that can be acquired by pre-ordering the game,the royal mount that can be automatically acquired if you’re part of a guild whose guild master us a Vanarch and the Frostlion mount that you can still get if you’ll avail of the collector’s edition.

You may also start creating a guild once you enter Velika. You just need to party up with your member first. In addition to the guild system, the game offers a window where there’s a list of guilds wherein you can search for a specific guild or even praise or apply for a certain guild but you have to provide your brief reason for joining. I’ve mentioned, praising a guild and this is where the political system of TERA takes place. Vanarchs can be voted by praising a guild for a specific region. They can actually change or modify the tax rate and given with specific power to talk within the region.

One more thing that caught my attention was the UI customization. TERA lets us customize the general size of the UI and some specific stuff in the interface. This is good because by default, the UI is a bit too much for my screen well at least for my 1080p resolution. One thing though, it seems like that this customization is account binded as I tried to play in a different computer with smaller monitor and I can’t barely read anything. I think it would be better to just have this settings in the local computer though.

In conclusion, TERA is a gorgeous themepark MMO. The visuals are awesome and one can just simply leave an area without loving it. The combat as one of the highlights in the game is also impressive. In terms of innovation, the game still have more rooms for improvement. Though a lot of the features were improved in the game, our ways in an MMO is still there. 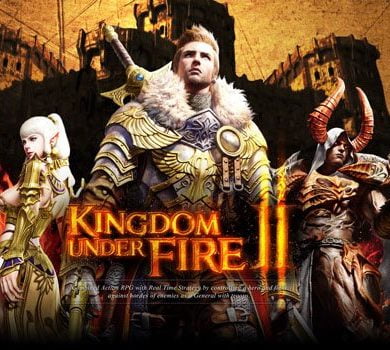 Leadhope brings Kingdom Under Fire II in the Philippines