Though the keyboard unit included in the HERMES Lite Mechanical Combo is termed “lite” there is no dearth in the build quality of this all plastic-cased construction.

The keyboard unit is designed to bear heavy-handed usage with aplomb. Mechanical keyboards in the past were often criticized for being bulky and occupying quite a lot of space. The HERMES Lite Keyboard overcomes this shortcoming associated with mechanical keyboards. This keyboard is built like a small tank that is bound to last long while occupying less space. Though the keys in regular mechanical keyboards need more pressure to be depressed, the keys HERMES Lite Keyboard are much softer, that you would see no difference between this keyboard and a membrane one. The key strokes get recorded that you would feel other keyboards to be quite slow once you start using the magnificent piece of engineering. As far as design is concerned, the keyboard has a black matte body that is well accentuated by the vibrant red backlit keys. The Gamdias logo is well placed at the top right corner and near the bottom center of the keyboard to take care of the branding. Though this keyboard does not feature a dedicated hand rest, there is a low angled extension below the spacebar that can be quite handy to rest your palms.

Now let us look into the design of the Erebos Lite optical gaming mouse (GMS7300) that is included in the HERMES Lite Mechanical combo. This gaming mouse has the standard design with left and right clicks, scroll wheel, forward and backward button along with a DPI (Dots per Inch) cycle button. A precision aim button is also available to temporarily reduce the DPI to 25% of the hardware level. 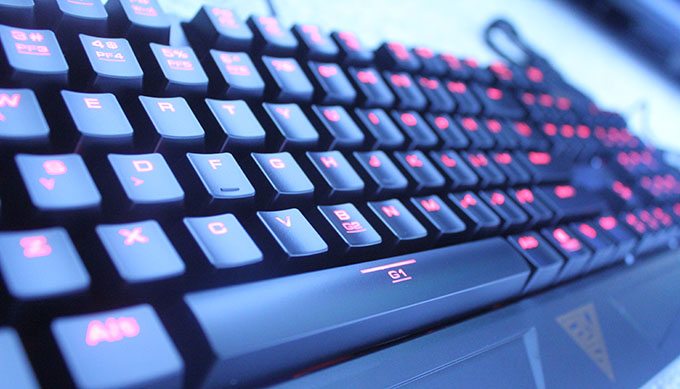 When it comes to functionality, this keyboard has a pair of programmable macro keys, six customizable profile hotkeys across the numbers 1 to 6, media control keys across the F keys and a Windows lock key. You can get this keyboard to perform recorded macros by depressing the G1/G2 combination with the Fn key. The brightness adjustment options are made available on the number pad. The profile hotkeys allow the user to switch between 6 different configurations while the Windows lock key prevents you from accidentally jumping back to your desktop while playing a game. The HERMES Lite Mechanical Combo also includes a keycap puller for the keyboard. The red backlight for the keys has a 3 level adjustment. You can also disable the backlight or enable the breathing mode.

The next mentionable aspect of the HERMES lite keyboard is the HERA software that is included with it. Well, the naming has been influenced by Greek Methodology, just like HERMES. Using this software you can make many changes to the functionality of the keyboard. You can empower the macro keys by assigning an existing maco to it using this software. You can also re-assign other functions to any of the keys in the keyboard besides setting up the keyboard configuration for the 6 switchable profiles. The HERA software allows you to change between 21 keys and 6 key roll over. Other features of the HERA software include adjustment of the backlight luminance, and the sound and timer feature.

Now, let us take a look at the features of the Erebos Lite optical gaming mouse (GMS7300) that is included in the HERMES lite Mechanical Combo. The DPI cycle button in the mouse allows the user to change the DPI settings faster. The scroll wheel and the logo support RGB illumination and the logo lights up when there is power to the mouse. If you download the software for the mouse you can customize the scroll wheel color. The LED color may change when you change the DPI also. Though not heavily loaded, this mouse is quite feature rich and serves its purpose well. 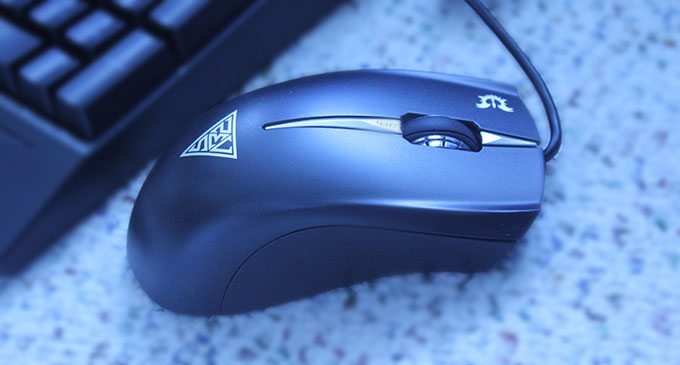 As far a performance goes, you are looking at one of the best compact mechanical keyboards that would serve as a perfect foil for your gaming aspirations. Though being compact, this would feature among the most powerful ones in terms of keystroke feedback. Other features like the WASD – Arrow key exchange mode and the 256 K built-in memory further adds to the performance, especially for macro recording on the fly. The red switches on the keyboard are GAMDIAS Certified for 50 Million Click Life Cycle.

The HERA software makes the keyboard quite customizable and brings added functionality to most of the keys. The only trouble could be the fact that some users may not like too many customizations and love to keep things simple. Well, for those users the option to leave things the way they are exists. With an array of features to add to its exceptional build quality, the HERMES Lite Mechanical keyboard is worth a try for serious gamers and other users who depend heavily on the keyboard for their day to day computer operations. The Erebos Lite V2 optical mouse included in the HERMES Lite mechanical combo serves as the perfect icing on the cake. The 4000 DPI offers pixel perfect long distance movements. The precision mode lets the user make accurate attacks while playing games.

Overall, if I have to advise a gamer, I would say that the HERMES Lite Mechanical Combo is a must have in your arsenal!