Mirror’s Edge Catalyst was one of the most-awaited games on our list, and we get to see Faith back to being the badass heroine she was portrayed to be in the first title. Considered as the major return of the series, many gamers had many expectations from this game. Although Catalyst revamped its innovative gameplay as a platformer, it failed to address previous issues encountered in the original. It returns with a plot that is as poor as the previous, and characters you probably even won’t care about. Nevertheless, Mirror’s Edge Catalyst opens you up to an expansive gaming experience as you once again step into the shoes of Faith Connors.

In terms of the game’s visual elements, two words can sum it all up: simply stunning. Glass really felt like a real city, as a lot of detail was put into the surroundings such as from the doors up to the buildings. The scenery is well fleshed out, giving you a nice, realistic view of the city skyline. There were barely any dips with the frame rate allowing you to appreciate the fluidity of your movements as you interact with the surroundings. However, the console versions may look bland, as texture quality had been compromised to compensate for the high frame rate. Some of the animations looked weird, and a different style for the menus would’ve been better than the minimalistic approach they took. 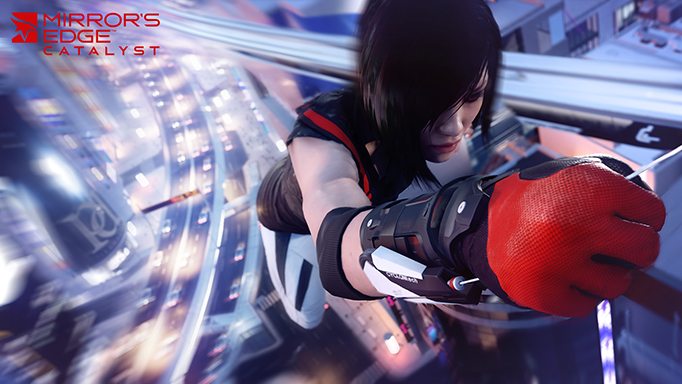 Concerning the sound design, it was orchestrated nicely as the sounds were rarely distracting and were able to blend well in the background. The soundtrack generally had a mellow tone, but also had tracks with faster beats whenever the game puts Faith in a pinch. Although the soundtrack was rarely memorable, whoever was in charge of sound design did an outstanding job of setting the player into the mood of the situation as he plays. Overall, the visual quality and sounds do not disappoint and can be considered as the strong points of the game.

The previous version game had a loosely written plot and an unconvincing set of characters. Mirror’s Edge Catalyst, being the prequel, suffers once again from the same symptoms. We were so expecting to have a better look at Faith’s as a character but this does not happen as both the story and characters were poorly presented. The original had already established how much of a badass Faith is, but the game doesn’t seem to add much of a substance to her as a character besides her backstory. 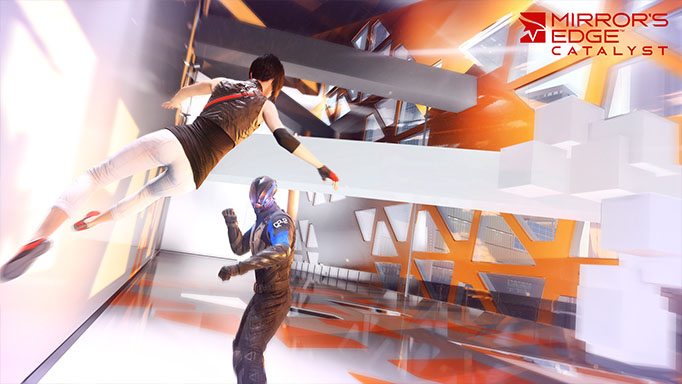 Most of the major characters give you dull expressions throughout the game and do not undergo any kind of development as the game progresses. This makes it even harder to relate to Faith or any of the cast in fact. Many of the side characters felt like the developers put them there just to serve as mere plot devices. The only significant role they had was to provide the main character with missions, and nothing more. Having said all this, Mirror’s Edge Catalyst definitely isn’t a game you would play for its characters and story.

What has defined Mirror’s Edge Catalyst compared to the original is that it deeply immerses the player into the city of Glass, and the details of the environment were really spot-on.  Instead of the linear route the first game sets you up to follow, this one allows you to freely explore and roam around the city. The in-game directional tool called Runner’s Vision makes a comeback, but using it doesn’t necessarily mean that it’ll show you the quickest routes to take. 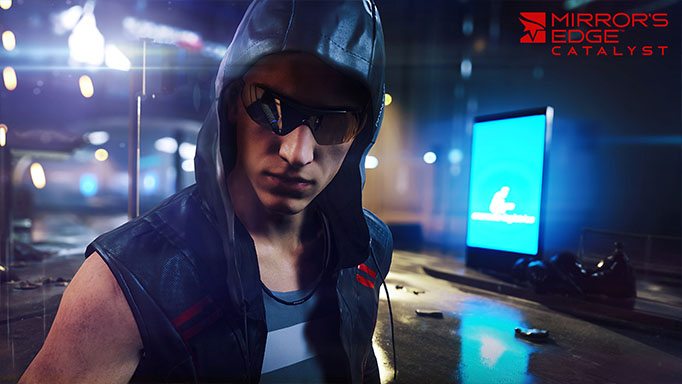 The game allows the player to take up alternative paths to reach their destination, and adds variety to an already impressive gameplay mechanic. However, the gameplay leans towards a trial-and-error approach, so you might have to replay a few times before you move on with some of your missions. There are have been moments when this has been incredibly frustrating, but successfully maneuvering around the map as fast as you can is rewarding by itself.  If you get lost though, it can really kill your momentum. However, if you have Runner’s Vision on all the time, it makes the game feel a lot less challenging.

Combat is only secondary to the gameplay, and although the mechanics have improved from the last game, this game actually makes you want to run more instead of fighting the enemy. The use of guns was removed entirely in Mirror’s Edge Catalyst, but instead, the developers made combat more of an extension to movement. Fighting KregeurSec cronies has become much smooth and bearable. Now, you can launch combos in combat by moving around and interacting with the surroundings such as the wall. Other than that, fighting can feel stiff and awkward when you’re not moving as much especially since the camera doesn’t always cooperate with the player. It’s a good thing that you can run away from most fights in the game. 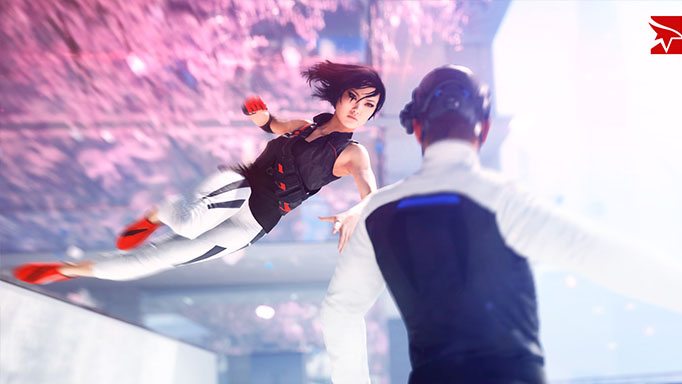 If you fell in love with the original Mirror’s Edge gameplay, then you’ll love the new one ever more. All of the movements of your character are exceptionally smooth, never giving you a dull moment as you spend the whole game running around performing outrageous parkour stunts. Essentially, Mirror’s Edge Catalyst is an innovative example of a platformer that offers players an action-packed experience they won’t get tired of so easily.

If you love the feeling of running around a huge world map, then Mirror’s Edge Catalyst is the good game for you. Besides this, there’s nothing much interesting to do in the game other than going on a speed run, completing side quests, finishing time trials, and social play. Mirror Edge’s fluid gameplay and smooth visuals are reasons why we’ll still recommend this game despite its lackluster plot. For a game that focuses on running from point A to point B, Mirror’s Edge Catalyst offers a one-of-a-kind parkour gaming experience that’ll keep you coming back for more.