Heroes of the Storm: Genji Impressions

The launch of Heroes of the Storm 2.0 has been pretty successful and inline with that, Blizzard have decided to bring one of the famous game characters “Genji” from Overwatch.

As they are in the collaboration with the original author of “Genji”, they have tried to implement more of what was already available in hand. Like they have started with all new battleground, just to match the home turf of “Genji”.

If you have played the other game with genji, you are fully aware of his powers and abilities that come with him. Blizzard has made sure that, it remains pretty much the same. He has the swift strike and shuriken to attack his enemies and also has the ability to hold the enemies till they reach his ground. The Dragonblade attach mode is also included in the game. Genji is only one of those Heroes out of Overwatch, who have been included in this game. The game is going to be a rocking one with all the new heroes added to the game. 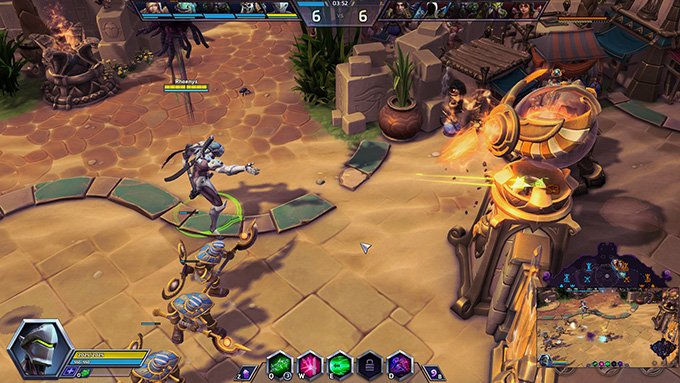 With two games sharing quite a part of the DNA, it has really become easier for Blizzard to get on with the game and design Genji. Even though the basic design is simple to go around, but to match with the environment and the game story, the developers had to work really hard to set him in.

The designer from Blizzard has accepted the fact that they have tried to modify the character Genji, but still they have the basic modules and basic things attached with the character. They have given Genji with a new set of special moves and skills as well.

Genji is going to be a weapon for you to have ultimate destruction and win through the battles. With the team up action with the other heroes, it is going to be really easy for Genji overcome every hurdle you have in the game. Moreover, the developers have included the Dragonblade team kill as well. 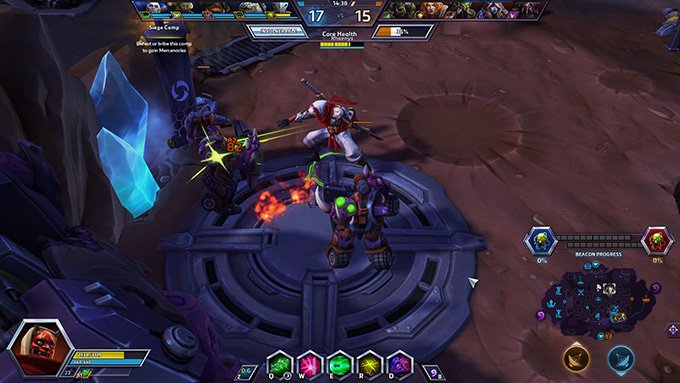 Since the beta version of the game released, players all over the world hatried the game and have really mentioned how good the game has become. According to them, the shuriken and Q ability is the best that a player can use. Along with the DragonBlade, the second ability attack xstrike is the best set of attacks that a hero can have. Although Dragonblade is like old wine in a new bottle, but still it can attract players.

But with the xstrike and Dragonblade, the players seem to have different opinion. Some have really put dragonblade as an advantageous whereas to some xstrike cannot be beaten. Now it is really up to you to play the game and decide for yourself, which attack you are going to use more over the other one.

There have been games played by the experts: 5 V 5. And the results were really awesome. Everyone is seemed to acknowledge the fact that, arrival of Genji has really given every team a strong upper hand over their enemies. But the point is a video game acts like you play. If you have the proper skill to control Genji, you can win over and over again but in case you do not have it within you, you might have to fight a long way.

The power is really at its place, but what if you need to face Genji when you are in the battle. What will you do then? There are ways of that too. What you need to do is lock him down. Once he is locked, he will not be as powerful as he should be. If you can use Muradin with good effect, you can surely defeat Genji. If you can land the storm bolt or auto attack, he will be in serious trouble. The actual trick to slow him down and finish him is to lock him anyway possible and then strike properly.

So, if you have Genji in your team, what you cannot ask him to do is hold down the enemy.  When it comes to the attack, Genji will be the best, but for defense he might not be the best one to start with. 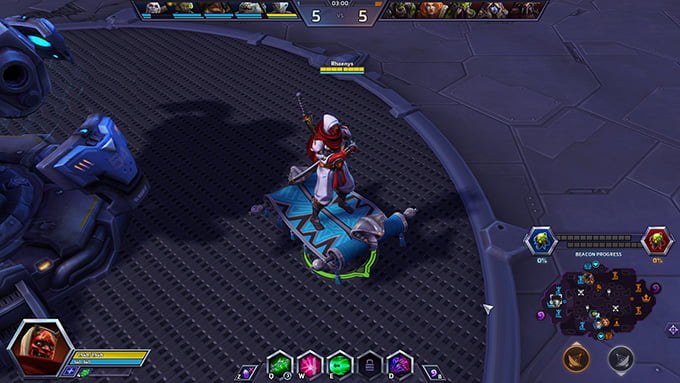 There are multiple skins available to play with Genji.

One of them is Cybernetic Ninja: Genji was once cut down as he refused to stand with his brother in an illegal venture. With a Cyborg body, Genji is still there to fight for only what is right. Nothing else will matter to him the most.

The next one is Oni Genji: many say that an Oni can be invincible if it can have iron club. But if you have a katan like Genji do, you cannot just match the power.

The last one is Steel Dragon: he is a cybrorg from the beginning and it’s not an easy thing to deal with. He has really done well to improve his soul, mind and body to improve it to the next level. 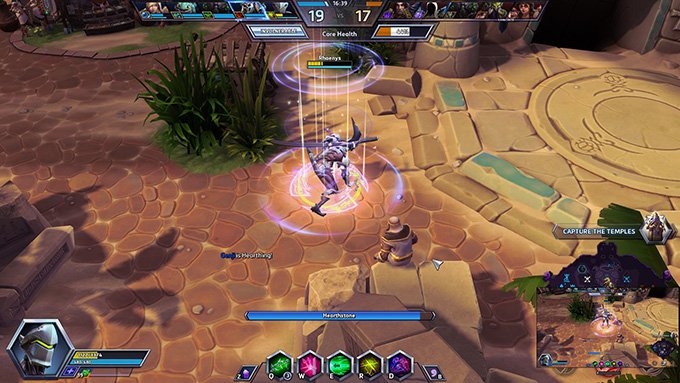 Although most of the abilities are same with the Overwatch, but still there are some differences added to the game.

Genji have the ability to throw a set of 3 shuriken at speed. If it hits the enemy, it can cause the damage count rise by 65. You can store only 3 of the shuriken.

This is all about defense. Damage of your character is not much, but it can really get into trouble if someone attacks big. If there is damage, Genji will use a blade towards the closest enemy. The amount of damage Genji had to go through, the blade will do the same to the enemy for sure.

If you have enemies in a line, you can damage 215 count to them by dashing forward. This is what swift strike is all about. 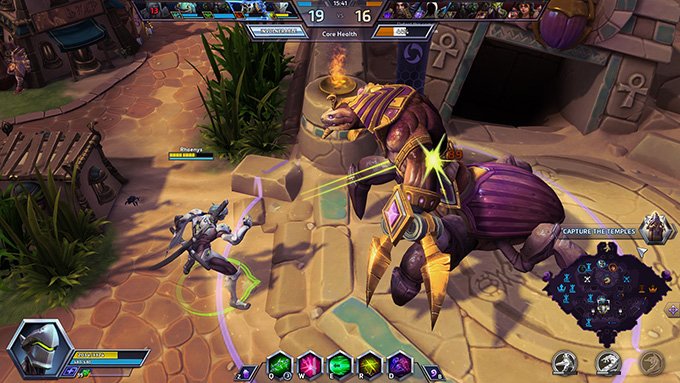 This is the signature move from the Overwatch. Blizzard designers have made sure that the ability stays a cool as it was. This ability actually allows Genji to attack in a arc, a massive one. Over a short period of time, you can do this move several times.

This is a new ability for Genji. It can cause damage to your opponent by the line of a giant “X”. You can do it twice with a short amount of delay as well.

So, Genji is out now and you can enjoy the all new gameplay as well. If you really love Overwatch and played it before, you already know what Genji is capable of and you need to remember that and act accordingly. Do not waste powers in the middle of the fight; rather conserve it for the right time to engage yourself. So, play with and have fun!

Play Heroes of the Storm