Role-playing games (RPGs) are marvelous. The story-driven experience of an RPG complements the overall gaming experience in a wonderful way. When you play RPGs, you interact in a fictional world, which is often derived from myths, and you can create avatars according to your desires and tastes. Black Desert Online is a Massively Multiplayer Online Role-Playing Game (MMORPG). Now you can also play this sandbox-oriented MMORPG on your smartphone.

The breathtaking action of Black Desert Mobile will take your mobile gaming experience to the next level. You can play this game in 5 unique classes along with dynamic skills. The fast-paced action, immersive world with high-fidelity graphics, and the freedom of extreme character customization make this game stand apart from the other MMORPGs. Continue reading to know the comprehensive review of Black Desert Mobile.

Black Desert Mobile is universally praised for its graphics. So, we will cover this feature of the game first. When you visit the character creation screen, you will understand that the praises about the visuals of the game were true. You will get plenty of detailing options while creating your character.

Every spell animation is phenomenal and unique that will add a distinct feel in your game playing experience. The developers have designed the environment of the game is an excellent way that brings a pleasant feeling of immersion.

Overall it is fair to conclude that Black Desert Mobile is one of the best looking games in the mobile world. Its graphics will remind you of modern-day PC or console games. So, here comes the most important question do you need a powerful mobile phone to play this game? Well, most of today’s smartphone is capable of running this game. The developers of Black Desert Mobile have excellently optimized the game.

Black Desert Mobile comes with a variety of graphic settings. So, you can also play this game in your old smartphone if you tone down the graphics of the game. Due to this reason, the visuals of the game might get reduced, but at least you can play the game. On the other hand, if you have a powerful gaming phone, then you can play this game in the highest resolution setting and enjoy the astonishing graphics of Black Desert Mobile.

The gameplay of Black Desert Mobile makes this game very interesting. After starting the game, you have to choose a server where you have to play. After that, the game will take you to the character creation screen. As already mentioned above, you will get here five different classes to pick from. These five classes are:

Each class has different unique abilities and unique playstyle. Here it is also essential to understand that every class that we have mentioned here excels in some aspects of the game.

After choosing a class, you will get the chance to customize the appearance of your character. The developers of Black Desert Mobile have taken the character customization feature of the game to the next level. A gamer can customize almost every functionality of his/her character, including the eyes, facial structure, hair, height, width, etc.

After creating your character, you will be able to start your game. At first, you have to go through the tutorial segment, where you will be introduced to the fundamental mechanics of the game. If you are not familiar with RPG, even then, you will be able to understand the aspects of the game. The game will introduce new mechanics as you will continue playing the game. So, at any point in the game, you won’t get overwhelmed. As you level up, you will also learn some advanced features such as improving gear, maximizing abilities, etc.

After reaching a certain point, you will also get the chance to build your camp. Here you can create various buildings, recruit workers, and even chill around. After getting powerful enough, you can fight the bosses of the game. In this section of the game, your knowledge and skill will come in use. The game also comes with a multiplayer feature. Just like other online games, you will also get the chance to meet other players, make new friends, and play with them.

The sound effect of the Black Desert Mobile is fantastic. It will add intensity to your game playing experience. The audio quality improves the overall atmosphere of the game and the aesthetic of the gameplay. The developers have used sound effects very intelligently. It will help you to understand that something important is going to take place in the game, so it needs your attention. For the background audio, Black Desert Mobile gets 8.5 out of 10.

It is not an easy job to cram an entire PC MMORPG inside a smartphone. But Pearl Abyss has made the most of it. Black Desert Mobile is equipped with plenty of in-game activities. The inclusion of the camp might seem unnecessary at first, but later you will understand that it has added significant value to the game.

Multiplayer online role-playing games, in general, offers good replay value. Black Desert Mobile is no different. The characters of the game, challenging AI, large map, dynamic environments, secrets, and your camp will force you to keep coming back. So, overall it is fair to conclude that the replayability of this game is very high. Due to this reason, it gets 9 out of 10 because of its replay value.

Black Desert Mobile is one of the best MMORPG available for mobile. The graphics of the game is fantastic; the gameplay is challenging; the in-game environment is dynamic. Above all, the player base of this game is huge. So, it is fair to conclude that the game will live long. On the second day of its release, the game has been downloaded over 1 million on Google Play. On the iTunes App Store, Black Desert Mobile is rated as the #1 in the RPG genre. In simple words, the game is worth playing. 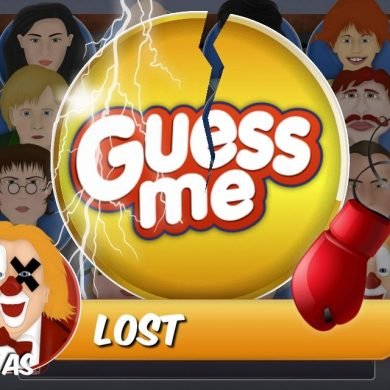