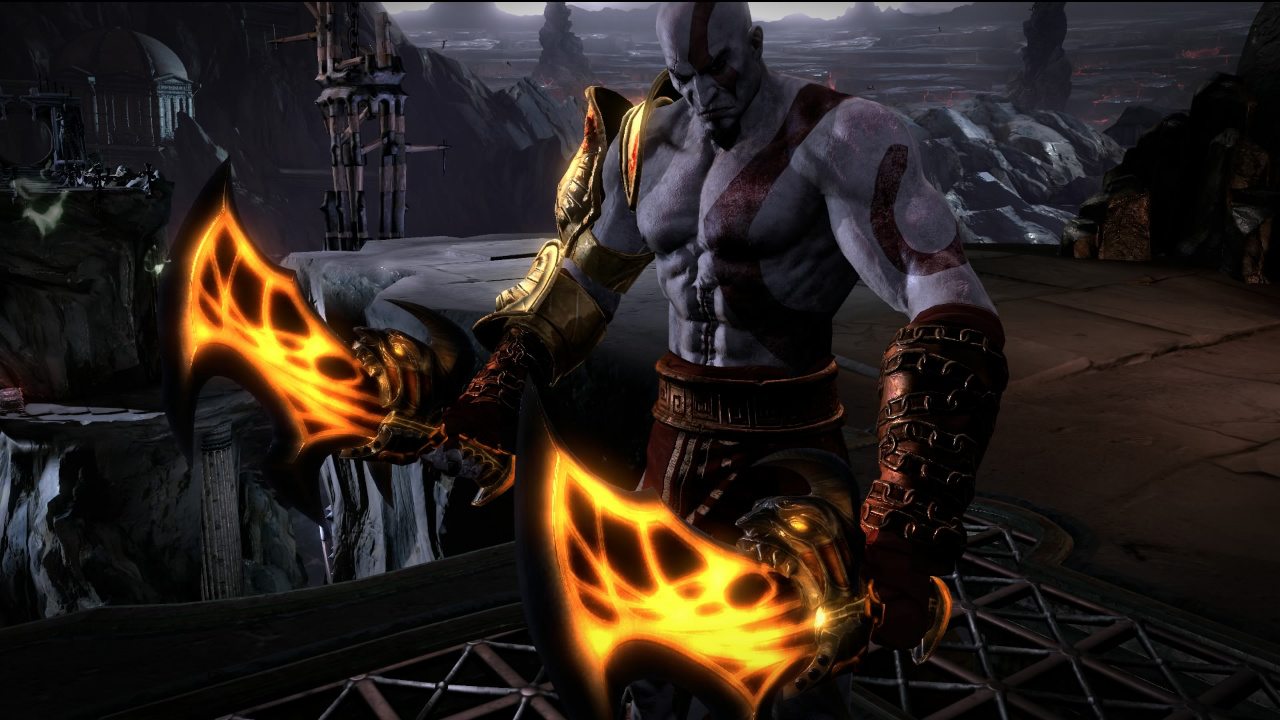 The 3rd and possibly the final console chapter of Kratos’s tale of vengeance have never looked this good in a Playstation Console. Sony Computer Entertainment together with Santa Monica Studios has done themselves well in bringing back this masterpiece in the PS4. Although no changes have been done with this rendition in terms of gameplay, there is little to no reason as to why the new age of gamers should experience the epic finale of this celebrated series.

God of War 3 has already established a very high standard not only for the Playstation console, but for the entire Action / Adventure genre of the 7th generation of console gaming since its PS3 release last 2010. The PS3 version of the game is already visually fantastic at a lower frame rate of 30 to 40 frames per second. So how much more can you improve on this gemstone?  Upgrade the game to a resolution of 1080p and bump the framerate to 60fps. This brings in a higher definition of play going through the darker sections of the game like the realm of Hades or The Caverns. It looks glorious as you ascend through the Chain of Balance going into the Olympian Citadel. To add more to the visual improvements, simple details have become more refined, reinforcing the physics of the game. The walls glimmer more brightly as light reflects to it, Enemies and shadows flicker more ominously during battle, Kratos’s armor looks more obviously tailored which normally is only covered and accentuated by blood spatters.

As it was said earlier, no changes were made with the gameplay, but as the saying goes, “if it’s not broken, why fix it?” The series has maintained a level of innovative gameplay that had gamers coming back for more. Quick response times to commands, especially when switching weapons, doing combos, and using godly powers, varied ways of travelling through the game, multiple ways of brutally killing enemies and other special perks of a God of War game have been preserved. However, new additions and innovations were made since the 1st instalment as Kratos is transformed from being a man to god to man again. Players should note though that this game, as its predecessors, kept the brutality in how Kratos disposes of his enemies. Just check out the first boss battle with Poseidon that comes right after the short opening sequence of play you’ll get why. It is as brutal as it can get but that’s how the God of War series made its legacy.

The music was also kept for this remastered version since it doesn’t need to be up to date like the visuals should be for PS4. Composers Gerard Marino, Ron Fish (Composer for Batman: Arkham Asylum and Arkham City), Mike Reagan, Jeff Rona and Cris Velasco (Composer for Mass Effect 2 & 3) have kept the signature sound of God of War which is brooding, rhythmic and percussive. Said elements of the score are depictive of despair, anger, and hopelessness, setting the mood for the action-packed quick time events and over-the-top battles. Also worth noting is talent behind the voices of Kratos, Athena, and the other reprising and new characters. Terrence C. Carson returns as the booming voice of Kratos and so did Erin Torpey as Athena, whose voice is depicted as strong yet tranquil, a perfect contrast to that of the main character. The game has also acquired splendid, well-known talent to add prestige to God of War 3. Academy Award nominee, Rip Torn, played Hephaestus, the God of the Forge. Malcolm Macdowell, best known for his portrayal as Alex DeLarge in Clockwork Orange, voiced Daedalus, the man who built the labyrinth to imprison the Minotaur. Kevin Sorbo reprised his role as Hercules from the series Hercules: The Legendary Journeys, this time though as a villainous version of the Greek hero who offered one of the more challenging boss fights in the game.

As epic as a journey this remastered version of God of War 3 is, it might not be a good idea to jump straight into this game. The story might become uneven for new players of the game and may cause confusion at times, especially during Kratos’s moments with recurring characters such as Athena, Zeus, Gaia, Hades, and many more as this game starts right in the middle of whole story. To avoid further spoilers, it is strongly advised to play the first two instalments of God of War, which are also impressive all on their own.

It might be bittersweet for some hardcore gaming fans to see a remastered version of God of War 3 which is usually indicative that Kratos’s story is all but over. But if his adventures have truly ended, then playing this game in the Playstation 4 with the 1080p resolution is absolutely worth every penny not only for the younger gamers, but also to those who have played the complete God of War series, eager to pay homage to Kratos and his final pursuit of revenge.