The Dark Souls Series continues its saga of being one of the most difficult games made. The newest installment of the series, The Dark Souls 3, has certainly lived up to the hype of the reputation. Every challenge encountered in the games drives you into despair and frustration, which makes one want to play the game more. Combat between the undead and monster bosses is one of the most appealing elements of the game which gives adrenaline rush to the player of the game.

The medieval streets, the dark melancholic atmosphere and the gothic designs found in the setting of the game gives one the feeling of dread as you go further into the game. Every turn in the place of Lothric gives one a sense of danger. The setting looks like a purgatory, which makes one wonder what else is out there. It makes one want to explore every nook and cranny of the place even though danger is lurking.

The brutal difficulty of the game does not diminish; it instead levels up from its predecessors. The story starts in a graveyard where the history of the place and the enemies are narrated. After the prologue, you’re thrown on your own in the game. A player must find his or her own weapon. A weapon owns a specific battle style or art skill that can be used. The variation of battle skills can help immensely in battling bosses or even small fries in the game. 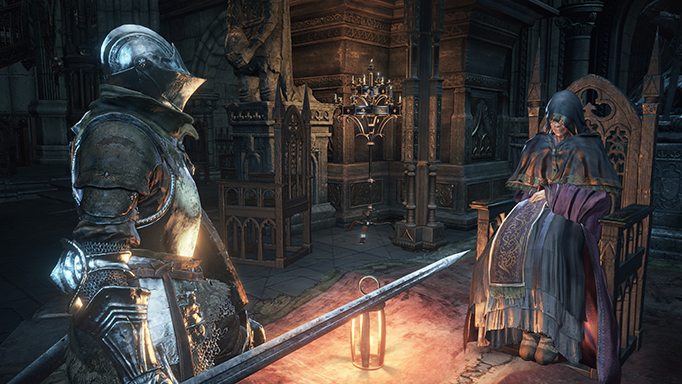 Enemies have their own special attributes that can be countered by specific weapons. You just have to choose the right weapon to battle with. Since Dark Souls is the 3rd installment of the Dark Souls series, one will find many similar items, people, foes and weapons from the other Dark Souls. A hardcore fanatic of the series will surely be hyped and be full of Dark Soul feels from the massive nostalgic throwback from the predecessors of The Dark Souls 3.

However, the series has always been the subject of praise or hate because of its difficulty. It lives up to the tradition of having cruel and barbarous enemies and truculent and god-like bosses.

The multiplayer of the game is even better as it includes old covenants. The game makers certainly have fixed the bugs regarding the multiplayer options and gameplay. All in all, the gameplay is flawless. The mechanics for gameplay was smooth. 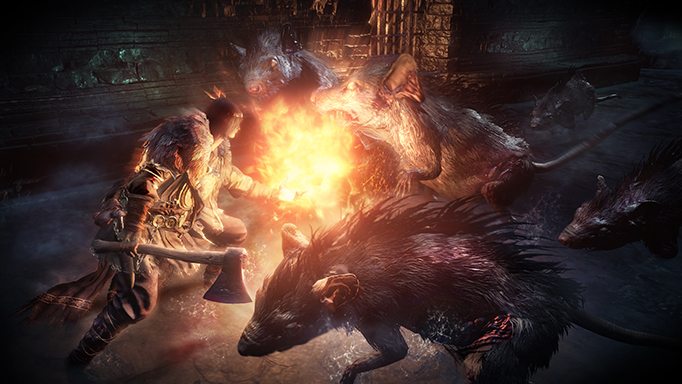 Despite the difficulty of the game, it is very much rewarding. It requires not only the skills but the brains as well, as it is more strategic because of the easily depleted “Stamina bar”. Every defeated enemy gives you the right to collect their souls and use them as currency to buy increases in level. However, if you die, you lose the souls you have collected on the spot. It’s important to find bonfires before you go on and take on a boss-type monster. Bonfires act as saving points of the game. They restore health, stats, weapons and unfortunately defeated enemies.

Going away from bonfires are certainly risky and exciting, but it is also rewarding. Exploring away from it may lead to treasures that may help increase stats. Exploring requires stealth and a full health bar and stats. In exploring, one should be wary of the signs. If one opens a shortcut, then that means that a boss is near. If there are large enemy mobs, then there must be a dragon nearby. Focusing and remembering the prior events before facing a boss may help immensely as it may help you get ready for an incoming boss type enemy next time.

The variation of difficulty of the enemies in the game has been proven more appealing than the previous installments of the game. However, beware that bosses still have the ability to change their battle skills or stats in the middle of a battle, which makes the battle more exciting and frustrating at the same time. 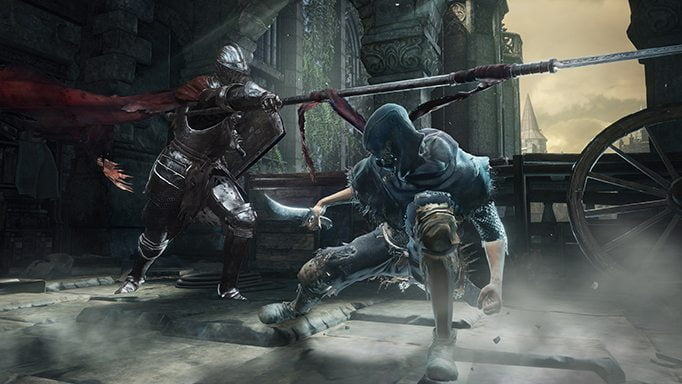 The visual quality of the game is certainly easy on the eyes. The smooth gameplay adds to the hype of the game. The designs of the monsters are befitting of a medieval underworld of knights and dragons (too bad there are no princesses, it would’ve been a fairytale). The bosses have leveled up so far, much better than the previous series. There are a few lapses in the gameplay, though, since some encounter issues on the frame rate on certain consoles.

The game certainly gives us a peek of the world that struggled until life after death. The gore monsters, the walking bones and the fire-breathing dragon give us an idea of a world that fell into an apocalyptic state of depression in the medieval era. Dark Souls III is like the purgatory in gameplay.

You’ll die a lot in the game, but that’s the way to learn. Trial and error. Die and learn. Strategize and fight.