Tales of Berseria is the 16th game of Tales series. It is typical Japanese role-playing video game published for Play Station 3, Play Station 4 and Microsoft Windows. The game released worldwide on 24th January 2017. It continues and develops in some meaningful traditional Japanese way. This tale is not a happy-go-lucky story of a hero who runs around demons to save the world. This is a darker and heavier tale. The story starts with a heavier tone of the guitar. It is not a kind of story we are used to.

This tale is a unique story of strong-headed protagonist, Velvet, who is driven by the desire of revenge. This is the first female-lead story of the series. The story starts from a Scarlet Night. Protagonist’s pregnant sister died during the occasion.  Velvet and her brother who were on the verge of death was saved by her brother-in-law, Artorius. They go on living like a family after that. Velvet tried to make best out of the situation. She did everything including framing, looking after his little brother and helping keeping beasts out of the village. But fortune is bound to repeat the act. The Scarlet Night returned and left, turning velvet into a half demon. Velvet was thrown into prison because of her act of butchering villagers unknowingly. Her brother also died in some daemons act done by his brother-in-law. Thus, in a very short duration, Velvet lost his family and was locked away. The exile continues for three year transforming Velvet into a person seeking for revenge only. Now she knows nothing, but an undying quench for blood. During this time span, Artorius has been transformed into a shepherd and is known as a savior to the world. 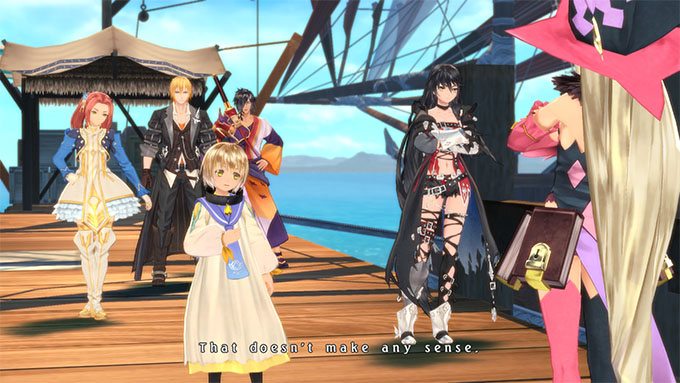 Velvet knows an unquenched thirst and wants to taste the revenge only. No one knows how it tastes. But does the taste of revenge matters even?

Tales of Berseria is not a story of savior. It is a story of anti-hero. Anti-heroine I must say. Velvet is not trying to save the world but to kill a man who is behind all her sufferings. She’s not afraid to kill, steal, threaten or torture where it is necessary. In spite of his cold and quirky behavior, velvet came across some comrades. Alike her, her groupies are also twisted. Once came together for mutual revenge, all friends develop a bond that grows stronger with the passage of game. There is Magilou who is sarcastic and teasing witch, Rokurou- a well-known war demon, Eizen- a pirate hunter and Laphicet, a young boy as curious as toddlers. The gang is interesting and probably the most enjoyable one. All characters have their unique personalities and deep and complex characters which make them outstanding. The game also allows you to change the clothes, armour, hair colors, glasses, hats and hair styles of the team. This is a very clever move to make game more interesting. 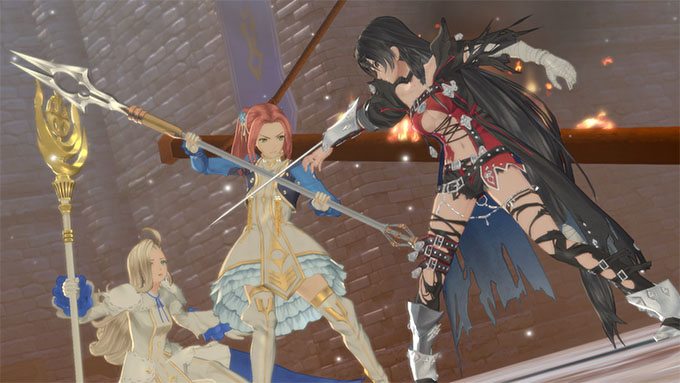 Visuals: To much surprise, the darker tone of the game works really well. The dark tone connects well to emotions and tragedy of the story. During the game, you travel from town to town through fields or hills trekking but dark theme allows nothing much to see. You can only see enemies around and you move forward by fighting with them. The landscaped, tundras and meadows are not inspired at all. Inspite of darker theme, Tales of Berseria is not much distinguishable from 2013’s Tales of Xillia. But the darker tone paired with the sinister characters is quite enjoyable.

Gameplay: The major change in the game is that it has Soul system. You start with three souls and you lose and win souls while playing a game. When you attack, you use up some of these souls, more powerful attacks mean using up more soul energy. Soul energy quickly replenishes when you are not attacking or fighting. But there are times when you are left with no souls. It does not stop you from attacking but it simply means that your attacks will be powerless. You can win additional souls by more attacks, stunning actions and by finding your enemies on battlefield. 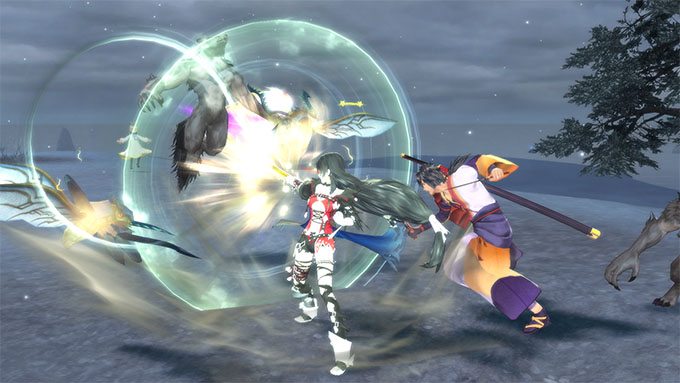 Sounds: The game starts with a heavy guitar play that clearly depicts the sadness, emotions and tragedy of the protagonist. The sounds are darker and clearer. In some scenes, the gang members really talk like a movie and clearly share their point of views. The voice acting is really nice. It has a few flaws in the dubbing version but the original Japanese version is no less than awesome. The sound system of the game is complex.

Innovation: The most innovative part is a female protagonist. This is first time in the tale’s series that there is a female protagonist. Secondly, the protagonist is not a hero but is driven by rage and revenge. Even all the team players are driven by revenge. The combat is all about real time wars. Soul gauge system is new and really impressive. There are total six members but you can use four at a time. You can shuffle armors, hair styles, powers and attires. 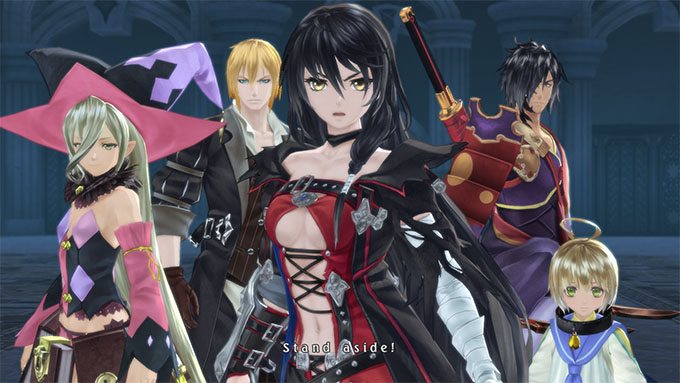 This game looks promising and fun. It is one of the best animated games of the recent times. The storyline is totally different and exciting. Weapon used by the gang covers a new concept. The weapons grow stronger as much they are used. And particular skills develop accordingly. The Grade System makes the game really playable again.

The game is not much ambitious as compared to the previous levels of the series. This game is a perfect JRPG and hits almost all the marks up to the optimum level. It focuses on providing a pleasant experience. There are a few drawbacks in the game but the plus points are far more engrossing than that.  First time players are definitely going to like it. The game is hooking and the concept and tale is refreshing. The gang of six people with unique abilities is compelling.