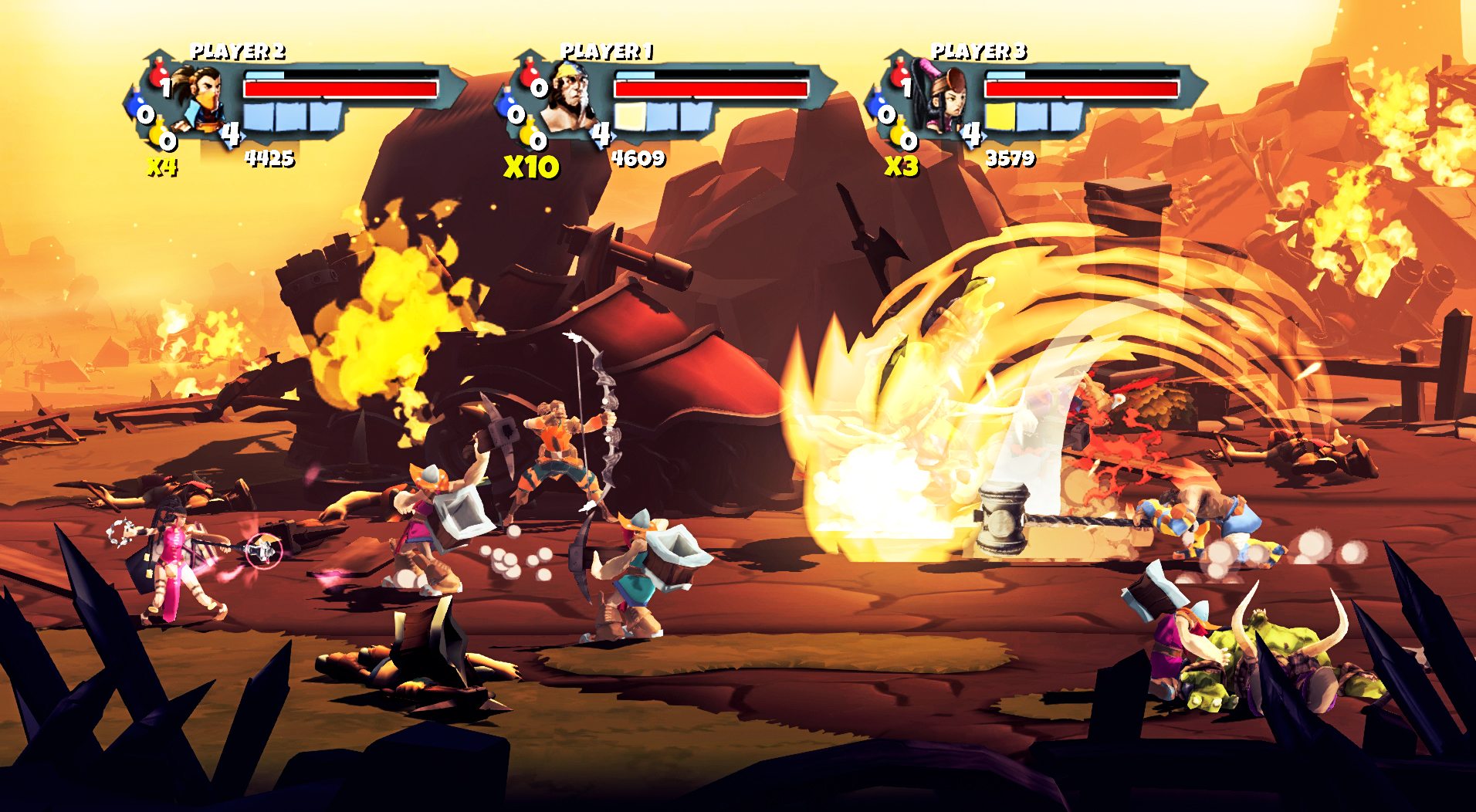 Deep Silver today revealed new information about the co-op mode in Sacred Citadel and the possibility to ride mounts in battle.

With RPG elements, unique weapon combinations, mounts, a map with towns, a multitude of combat options and more aspects still to be revealed, Sacred Citadel offers an unparalleled depth in the genre of side-scrolling action brawlers.

While passing through the dense Monolith Forest, the three heroes are attacked by a horde of Grimmocs lying in wait. The Safiri Warrior rushes to the front, keeping the opponents at bay with his powerful swings, stringing his attacks together to create powerful combo chains. The Ancarian Ranger warily moves to the back of the combat area and disappears from sight while unleashing one arrow after the other at the confused Grimmocs. Whenever his companions lose too much of their life energy, the Khukuri Shaman comes to the rescue and restores their health.

In the co-op mode of Sacred Citadel, players must skillfully combine the abilities of their characters to hold out against the onrushing enemy hordes and to support each other. Players can choose between the Khukuri Shaman, the Ancarian Ranger and the Safiri Warrior and a yet-to-be-revealed secret character. Each of the four classes in Sacred Citadel possesses its own set of special attacks. The variation depends both on the experience level and the amount of power collected through the use of different combos.

With a hefty smash of his two-handed warhammer, the Warrior throws the Grimmoc rider out of his saddle on the tusked mount. The Shaman quickly seizes this opportunity and jumps on top of the creature to take the reins and steer it into the middle of the ongoing fray. Rapidly, the Shaman clears the battlefield of all foes using the devastating charging attacks of the bull mount.

In Sacred Citadel, the heroes will be able to snatch away different mounts from their enemies and use them and their varied special attacks for their own purposes. But beware, for as quickly as a player can make use of a mount, it can be taken away from him again!

The tusked bull mount, for example, can ram an attacker and whirl him into the air, as well as charge into a group of enemies and trample everything in his way. Besides mounts, Sacred Citadel also features war machines to ride on, adding even more variety to the multiplayer experience.