This year’s Tokyo Game Show may have been forced to be conducted online due to recent circumstances, but that doesn’t mean that its announcements are any less impressive. On the first day of Square Enix’s panel, they unveiled huge news for one of their more anticipated IPs: NieR.

NieR Replicant, or NeiR Replicant Ver 1.22474487139, is a remaster of the game NieR, which debuted for the PS3 and Xbox 360 back in 2010. Game designers looked into reverse engineering PCB project libraries from the PS3/Xbox 360 database in order to overcome the challenge of adopting past files and controls into modern generation consoles. Plus, it cuts costs. The result is nostalgic gameplay the keeps enough elements of the original, while embodying the vivid graphics of newer engines.

Here, you can see a brief look at the Northern Plains, which is one of the more familiar areas in Replicant. Later on, you’ll see Saki Ito, a representative from the game’s developer Toylogic, use debug mode to spawn a couple of shades to show off a bit of the battle system. While it does keep original elements like the Dark Lance, Square Enix and Toylogic opted to keep the gameplay exhilarating by enabling the player to get creative with their attacks. For example, you can now charge the Dark Lance while moving. It also showed revamped music from NieR’s original composer, Keiichi Okabe.

For most fans, however, NeiR Replicant may very well be a first-time experience. The version of NieR that was released outside Japan was NieR Gestalt, which followed the story of a middle-aged man instead of the teenage boy we see in the gameplay footage above. The story remained mostly the same, but the relationships, major characters, and music are all different, adding further to the excitement of the series.

Aside from the standard edition of the game, the developers also announced that they’re going to launch a “While Snow edition” (“Collector’s Edition” outside of Japan). It includes the game itself, a stylish grimoire pin set, a steel book, two CD soundtracks, audio recordings of the script, and so much more. They’ll all be packaged in a Lunar Tear box, priced at $159.99 (C$213.58).

Aside from that, a pre-order on its PS4 copy will net you an exclusive avatar set, an elusive home theme, and a digital mini soundtrack with songs from the game. The Xbox One pre-order will only have the mini-soundtrack, while the PC version will have the soundtrack and an exclusive wallpaper collection.

NieR Replicant will launch on the PlayStation 4, Xbox One, and PC on April 23, 2021 in North American and Europe. Both the standard edition and the White Snow edition are available for pre-order in Square Enix storefronts and selected game stores globally.

Other than NieR Replicant’s release, Square Enix actually has another huge event lined up for next year. It involves a major announcement for one of the publisher’s other IPs: Final Fantasy XVI. It’s produced by the director of Final Fantasy XIV: A Realm Reborn, Naoki Yoshida. So, look forward to that as well. 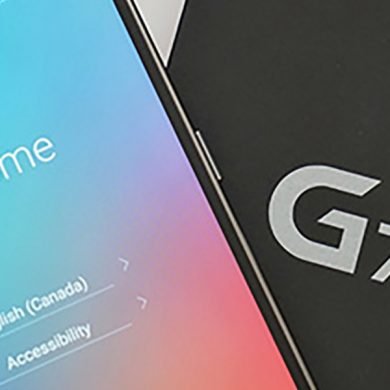