World of Warcraft: Shadowlands – What We Know So Far

Originally tagged for release this October 27, 2020, Blizzard thought it better to have it launched in the latter part of the year instead. The decision was made in order to make some final ‘polishing and tuning’ to the game.

This delay might have frustrated eager fans but also made them more excited about the latest expansion pack for World of Warcraft.  So while we’re waiting for this highly successful game’s eighth expansion, let’s have a rundown of what we know about it so far.

World of Warcraft: Shadowlands is a continuation of the events from the Battle of Azeroth. It follows Sylvanas Windrunner’s trail as she traverses the afterlife and wreaks destruction in the land of the dead.

Those who have played previous expansions of World of Warcraft would expect a lot of added features in the game to keep them busy, but Blizzard has lined some significant changes for Azeroth’s residents. The max level attainable has been tuned down to 60 from 120, a lot of options for character customization will be shown for the first time, and players will be treated to a new levelling experience.

Shadowlands is currently available for pre-order with the Base, Heroic, and Epic editions going for $40, $60, and $80, respectively. Of course, the more you’re willing to pay, the more perks you get, ranging from a level 120 character WOW boost to the powerful Eternal Traveler’s Hearthstone.

In the cinematic trailer, Sylvanas Windrunner is seen beating the Lich King Bolvar Fordragon and destroying the Helm of Domination. This caused the rupture in the barrier that separates Shadowlands and Azeroth.

This is where the adventure begins as players follow Sylvanas through the realm of the dead and enlist the help of both old allies and familiar enemies in hopes of putting an end to Windrunner’s devious plans.

Players will be exploring new lands in this new expansion and there quite a few to quest in. You’ll start with the Eternal City, Oribos, which is the first hub you arrive in when you enter the Shadowlands.

Then you’ll proceed to the five new zones associated with covenants: Bastion – Kyrian Covenant, Ardenweald – The Night Fae Covenant, Revendreth – Venthyr Covenant, and Maldraxxus – Necrolords Covenant. You get to choose the Covenant you’ll be supporting when you get to level 60 with each one offering unique upgradeable mounts, abilities, and other endgame activities and features.

The Battle of Azeroth expansion has a level cap of 120, but in Shadowlands, it’s been reduced to 60. Those who are already at level 120 coming from the previous expansion get squished to 50 in the new one, and they’ll have to play to reach 60 to gain access to the endgame content.

Shadowlands brings along character customizations that haven’t been seen for a long time since there haven’t been many changes to character creation over the years. These include new hairstyles, skin tones, and even new facial hair options available for most races. Also, gender change won’t cost players anymore since it will be available in the barbershop.

World of Warcraft: Shadowlands is probably Blizzard’s biggest overhaul to the MMO since 2010 with their Cataclysm expansion. Aside from the new system and content we typically expect when a new expansion comes in, it also brings significant changes like the level squish, various character customizations, and how these characters will be levelled through Azeroth’s vast world.

If you haven’t played World of Warcraft for a while, or if it’s your first time to play it, Shadowlands is a great expansion to get you into one of Blizzard’s most successful games of all time. 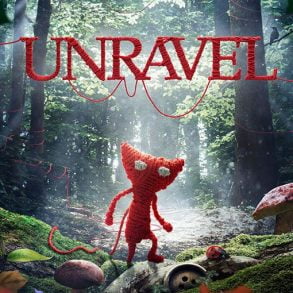