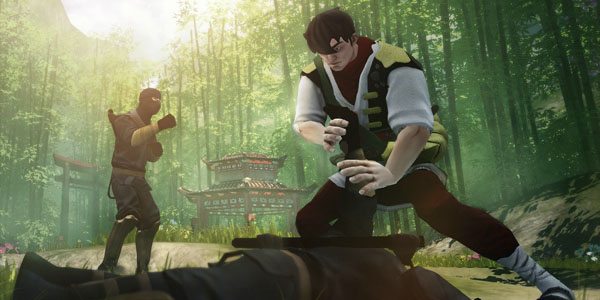 Kinesthetic Games is to take their innovative fighting game, Kung Fu Superstar™, to Kickstarter, as the platform opens its doors to UK based projects .

After an announcement that turned heads across the games, movies and martial arts worlds back in May 2012, the team at Kinesthetic are now taking their ground breaking “martial arts stuntman simulator” to the world’s most popular crowd funding platform. With exciting new gameplay footage and previously unannounced details on the game, their Kickstarter pitch video aims to give fans of fighting games the ultimate experience they’ve long been waiting for. Aptly, as the game tackles core themes from games, movies and martial arts, key people from these worlds share their thoughts on the project in the video

22Cans Creative Director Peter Molyneux, shares his thoughts on the exciting beginnings of the project and the pedigree of the team behind it.

Martial Arts Stuntman and Fight Choreographer, John Kreng, shares his excitement about a game that lets you live your Kung Fu movie fantasies in the most accurate, fun and immersive of ways.

While long time training partner and friend of Bruce Lee and student of legendary Kung Fu Grandmaster Ip Man, Grandmaster William Cheung, talks about how the benefits of playing a game like Kung Fu Superstar™ reach far beyond just entertainment.

Viking: Battle For Asgard on Steam

Announcing the launch of the Kickstarter campaign for Kung Fu Superstar Game Director, Kostas Zarifis said: “We are building Kung Fu Superstar to be the most innovative fighting game you’ve ever played. The Kickstarter model and the direct way in which it connects creators with their audience comes as a very welcome alternative to the standard way of taking projects off the ground, especially for radical projects like ours. We are continuously pouring a lot of love and hard work into this project and while the process of putting it out there for people to effectively judge it with their money is a stressful and somewhat scary one, ultimately we’re very excited to be doing it and optimisti c that the results of our work and the ambition of our vision will resonate with the community.”