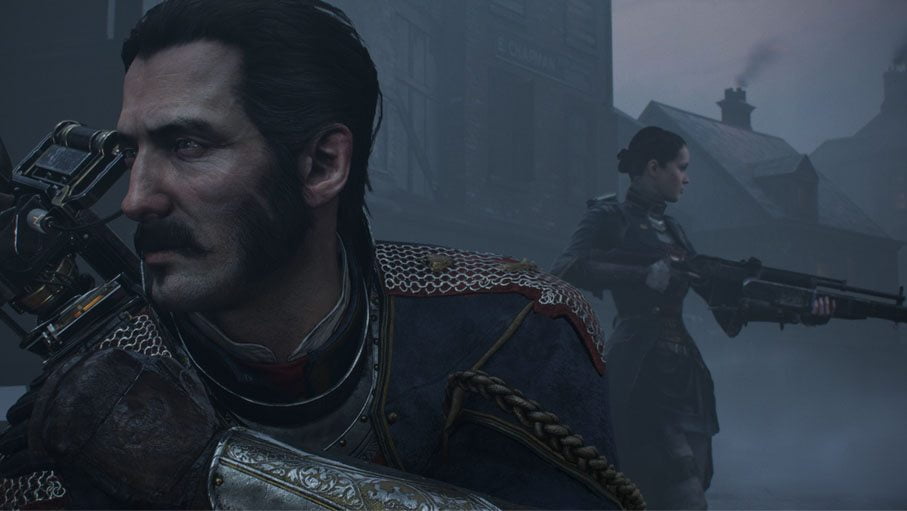 A game recently released by Sony Computer Entertainment and Ready at Dawn Studios; The Order 1886 is now making its way exclusively throughout the Playstation Market last February.

People were excited when the trailer, released during E3 was released for the game. The smooth transition from gameplay to cutscene made the whole experience cinematic.

But does the actual game hold up to its hype? A review is in order. 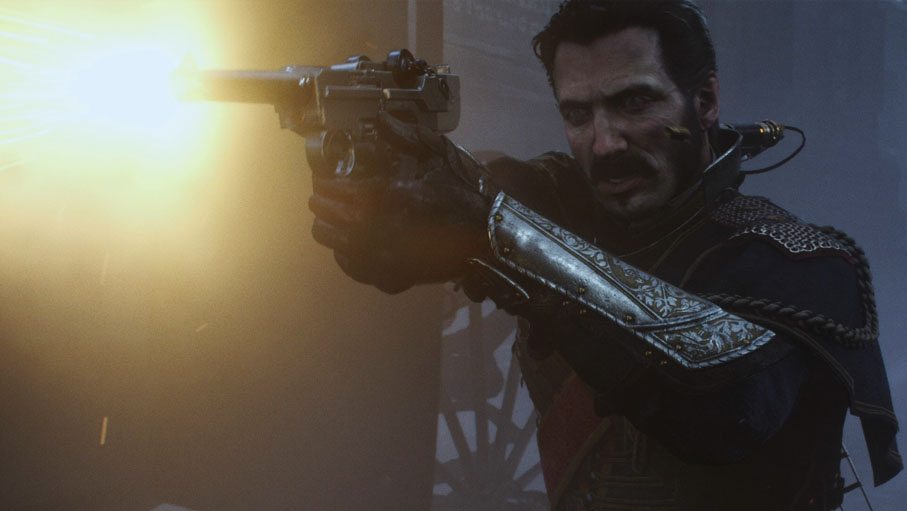 The graphics of the game are of the highest quality; as is to be expected on the Playstation console. With most of the game taking place during the dark-lighting or indoors; darkness is this game’s best friend. Despite this, the game manages to avoid becoming banal like other games. The developers successfully manage to use flickering torches and lighting storms to imbed paranoia into the player’s psyche even in its very first stages.

With the game taking place in Victorian-Era London, the game also manages to catch the romantic, albeit darker, tone of classic London. From the uniforms of the foot soldiers, the skylines, the interior designs of the stages, up to the highly advanced Tesla weapons; the game’s attention to detail is not only eye-catching but is bound to leave an impression on any gamer who also appreciates art.

Complete with proper shadowing and lifelike character movements, the game holds up its promise of a cinematic experience.

I have said it before and I’ll say it again, the game’s ability to transition from cut scene to gameplay is what makes it memorable. In one moment, your head isdunked repeatedly into a vat of dirty water, and in the next; you’re running down a linear tunnel, evading guards and hoping that you won’t get caught again.

Understand that a lot of the game takes play as QTEs (Quick-Time Events). These action sequences have, obviously, been carefully planned; with every jab and stab beautifully displayed at exactly the right angles by the in-game cameras. It also doesn’t hurt that these QTEs are beautifully placed in between shootouts, adding to the whole cinematic feel of the game.

Unfortunately, as for the shootout themselves, their gameplay starts to get repetitive; with you shooting at generic AIs who are there mainly as experience fodder. It does add entertainment value when you get to try the different weapons Tesla has invented on said goons; watch them either blow up or crisp to death without any fear of death yourself because of the game’s nigh-unlimited revive function (your character drinks the vial of Blackwater – a secret serum exclusive to The Order’s members that revives them from the verge of death).

In addition to this, the game also doesn’t allow for much exploring, with the exception of the usual lever pulling, cart pushing and ledge climbing, of course. This is a shame, since the game wastes its visual prowess by NOT allowing you to interact with it. You’re basically running from point A to point B as quickly as possible, with nothing but boring enemies and werewolves throwing themselves at you, and/or boring chatter by insignificant NPC’s you walk past by— all of these in a slow, constant pace.

On the surface, the game is a masterpiece that you are willing to watch and follow through– until you get past the first few sequences at least. Great graphics are always wasted when the gameplay doesn’t jive along with it. 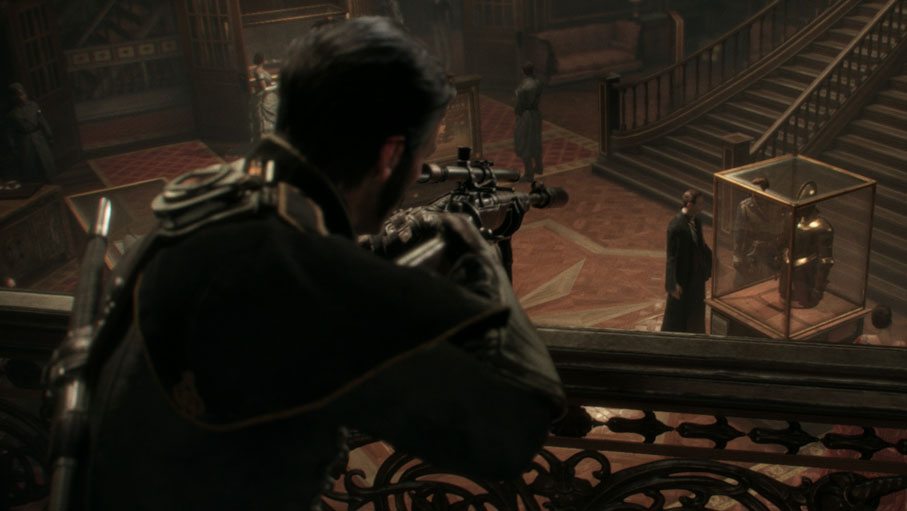 The game doesn’t have much when it comes to musical scores, nor in ambient sounds. I mean, when you’re in central London, you would expect crowd noises, clatter of footsteps or maybe even vulgar drunkards shuffling towards you while you walk around. But there’s none of that in the game.

The dialogue itself is actually believable, despite the diverse accents of the characters (which may have been diverse intentionally so the player can easily distinguish the support characters from each other). The characters have well-developed and believable personalities, which mixed with the Order’s high-nosed yet witty military banter, makes the player feel like he/she is actually part of the organization, making the player feel the pressure whenever a new mission is handed down on him.

The dialogue successfully supports and enhances the game’s cinematic appeal. But its lack in musical scoring or even in ambient noises, once again, diminishes the game’s potential. 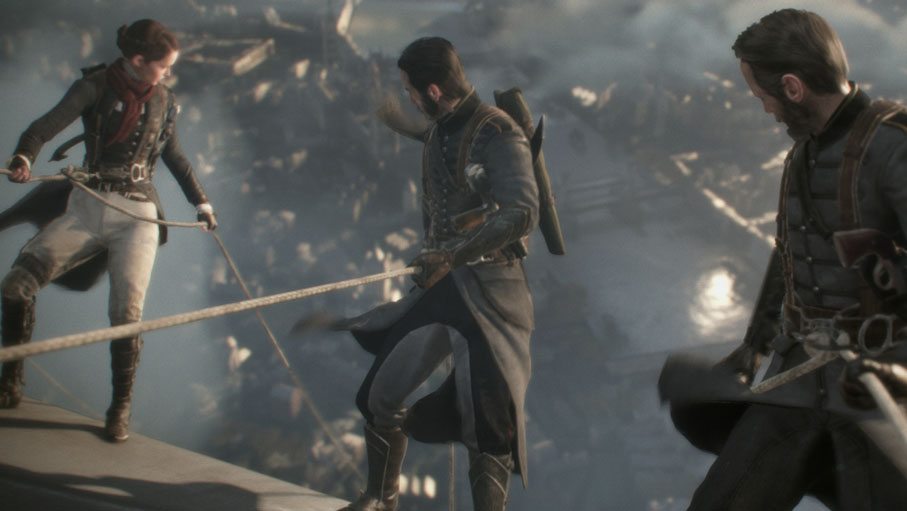 Since the game aims to build a cinematic feel, a proper plot that is executed properly is axiomatically necessary. And in this area, the game doesn’t disappoint. The game’s premise shows us the Order, a group of knights, locked in battle with half-breeds and the newly discovered Lycans.

With your character, Sir Galahad, surrounded by beautifully written characters. The betrayal and banishment from the Order is a huge blow to the protagonist (despite the fact the gamer already knows he’s about to be tortured by the Order anyways).

With an ending that is tear-worthy, the game’s plot is deserving of praise, despite its many unresolved issues. 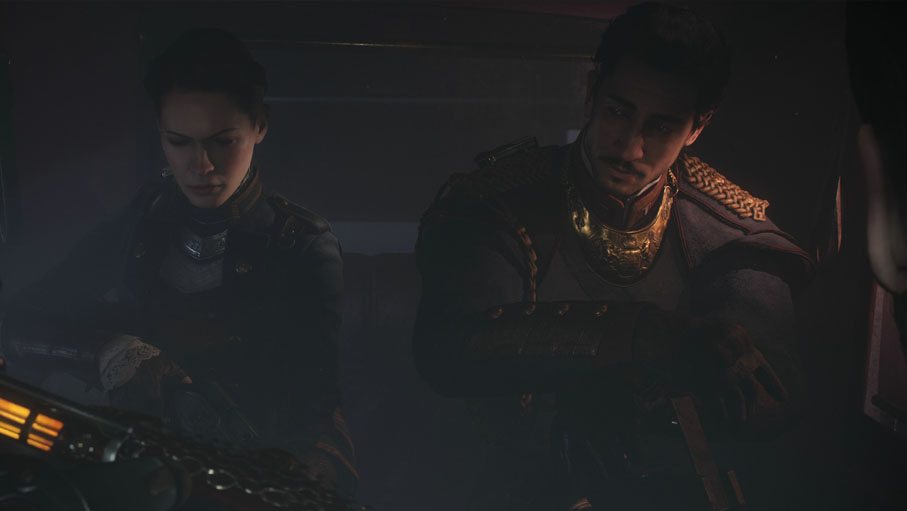 Like most linear games, the game doesn’t have much replay value. But seeing how the game is mostly composed of Quick-Time Events, there isn’t much to go back to in the first place. Killing a werewolf in spectacular fashion is only spectacular the first time around. If the beautifully choreographed QTEs of the game (which are it’s highlights) can be repeated on the gamer’s wish, the game loses its cinematic edge and becomes nothing more than a game that looks like it was supposed to be played on mobile devices but was released on PS4 instead.

That said, this limited replay value works to the game’s advantage. The beautifully displayed plot successfully leaves an impression on the gamer; making the gamer ask for more of the story. Something the developers will probably exploit if they plan to release a follow-up game. 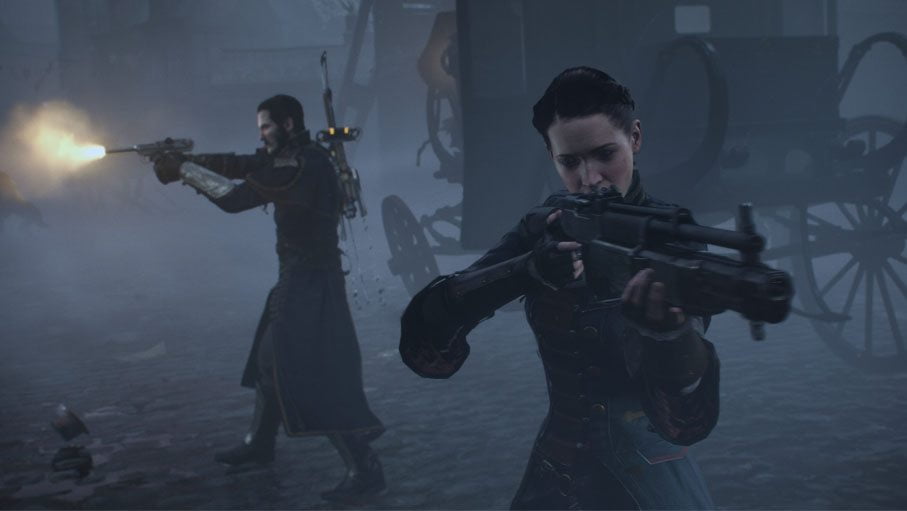 I am a gamer that always looks for beautiful intricate stories dancing beautifully with graphics and gameplay whenever I play a new game. Stories that will make you cry when you reach the end because you’ll miss the characters. The Order: 1886 delivers on this aspect, carefully unfolding events that lead to an ending that sets up for a sequel to the game. The potential of the game is, unfortunately, overshadowed by its repetitive gameplay that makes the whole experience dull.

If you are a gamer looking for a cinematic experience, this game will hopefully sate your British accent cravings and give you a story that is Hollywood-worthy.