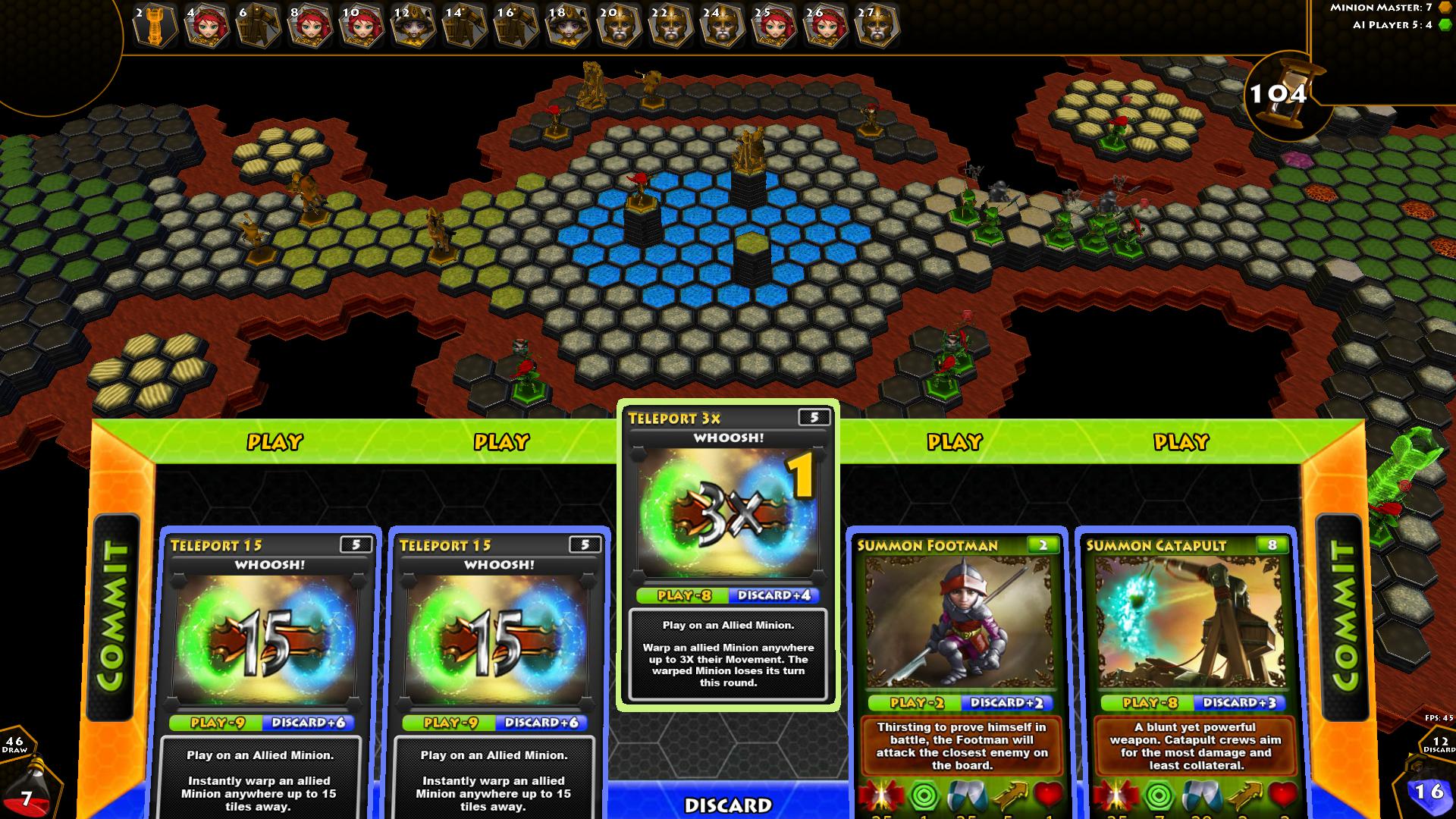 With the introduction of the new competitive multiplayer mode, Minion Master becomes fun on a new level with play against human opponents. To create, find and join multiplayer matches, simply log onto the new lobby and jump into custom maps, where players battle against any combination of six human and AI opponents. Featuring a new integrated chat client, password protected multiplayer games so only your friends can join, multiplayer matches open up a whole new world of ever changing opponents. The beta build also contains a radical overhaul of the in-game animation system, as Minions now come to life to attack opponents during matches.

“The launch of the Minion Master beta is a massive step for BitFlip – the introduction of multiplayer opens a whole new world of tactics and challenges against human opponents. Along with a new animation system, we’ve given the digital board game a massive overhaul”, said David Steinwedel, Executive Producer of BitFlip Games, “We look forward to listening to community feedback over the coming weeks, that will continue to shape Minion Master as we move closer to commercial release”.