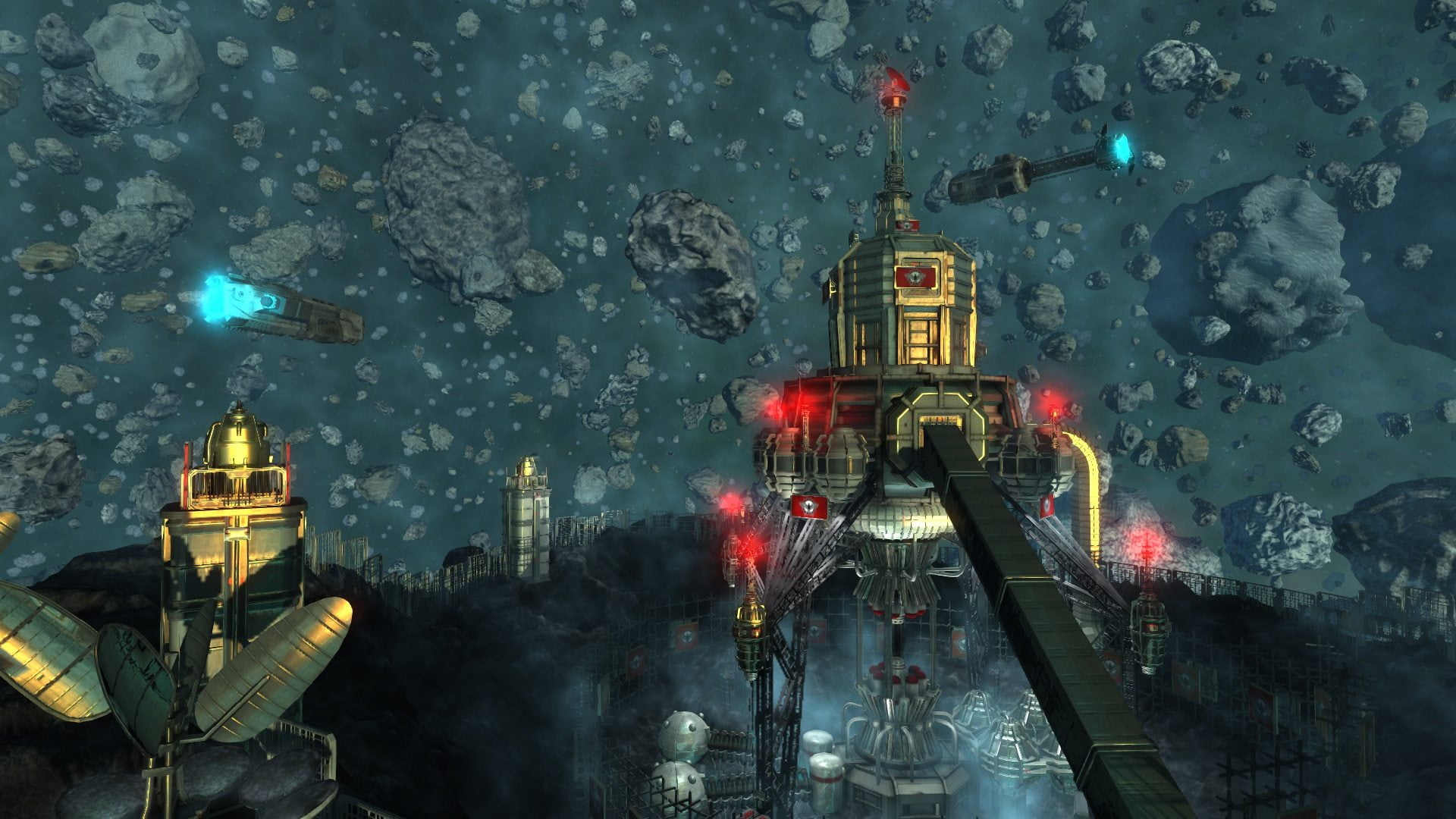 This time, we would like to present the most controversial of all factions in Miner Wars 2081: the semi-Nazi Fourth Reich. Below, you’ll find some key information about this faction, its roots, and its place in the world of Miner Wars.

Along with this press release, we are pleased to release a bundle of screenshots and art samples dedicated to the Fourth Reich. Enjoy this selection of in-game locations and space ships, as well as key personalities from the Reichist political and military scene! As a bonus, we’ve made a special infographic about the Fourth Reich. Feel free to use it as a poster if you like. And spread it to your friends if you find this faction fascinating!

Purity and Perfection!
These are the theme words of the Nazi-influenced Fourth Reich. What lies behind those ideals?

Rise of the Reich
The movement began behind closed doors among Nazi circles and wealthy industrialists and did not make its presence known publicly until after the Solar Event of 2070. Before this time, many of the future leaders and members of the upcoming Fourth Reich had secretly invested in space colonization, mining, and orbital facilities. By the time the Solar Event occurred, a lot of the group’s officers, researchers, and military had already relocated to space. So although this faction was fairly insignificant in the pre-Solar Event times, the Reichists suddenly found themselves in a strong position once the New World appeared. They were able to declare their own state with thousands of supporting citizens.

Since the Reichists were the ones who benefited the most from the Solar Event, the question that remains is: did they know of the potential danger and prepare for the Event in advance? Or had they merely been preparing to create an empire of their own, far from the reach of Earthbound politics, and realized their plans a bit early, thanks to the Solar Event?
Whatever the answer, one thing is certain. The Reichists have an agenda. Renouncing their traditional racist views, they have adopted a retooled ideology that has attracted many great minds to their ranks: to organize society according to scientific principles, to raise the most perfect population, and – last but not least – to maximize human potential through the latest advances in genetics and cybernetics. Technology, the Reichists believe, has at last given mankind the tools by which to realize the grand ideals of Plato, Nietzsche, and other historic visionaries.

Cybernetic Implants and Nanotechnology
The early 21st century saw great advances in prosthetics – starting with artificial limbs as medical replacements and continuing with creative “enhancements” that gave humanity a glimpse of superhuman abilities. Several augmentation technologies were developed, allowing the connection of computers (and other electronic devices) to the human brain. Strong and supersensitive limbs were patented, as well as lungs and other organs with increased capacity. Some humanists and religious speakers protested, but the science and art of augmentation flourished.

Genetics
Genetics was a little slower to advance, due to intense regulation by multiple governments. At first only scientific, non-commercial research was allowed. No human DNA modification occurred until the first half of the 21st century, when research was officially approved by the major factions.

It was at this time that G.F. Mauler and his Space Human Concept (also called Maulerian Eugenics) emerged. The research underlying this concept was funded by the secret Nazi power circles. The Space Human represented a sweeping and complex rethinking of humans, evolution, and society, which influenced many thinkers and philosophers, as well as politicians, military leaders, and even mystics. This crystalline vision of a genetically and cybernetically “perfected” human being became the new ideal of the Fourth Reich movement.

In 2063, Mauler and his team introduced a group of cybernetically mutated, DNA-altered, psychologically re-educated prisoners known as “The Seven Reborn.” This experiment was highly controversial and resulted in the banning of all further DNA alteration research on humans. Mauler was sentenced to lifelong house arrest in Quebec, Canada, where he died during the Solar Event.

At his hearings, Mauler prophesized: “You may ban my research and lock me out from your world, but you will never stop what I have started! For the Space Human is the next natural step of mankind – a step of controlled evolution, giving the human spirit the perfect body it deserves.”

Your Thoughts?
So, what do you think? Is the Fourth Reich too dehumanized? Or do you think that, with the renouncement of racist ideology, its ideas could actually work? Is the retooling of humanity through genetics and cybernetics an inevitability? Could we create an ideal society through science? Or would that lead to another totalitarian regime as in previous times? 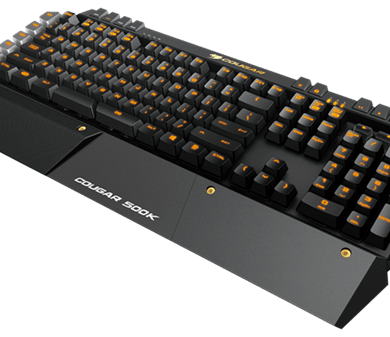