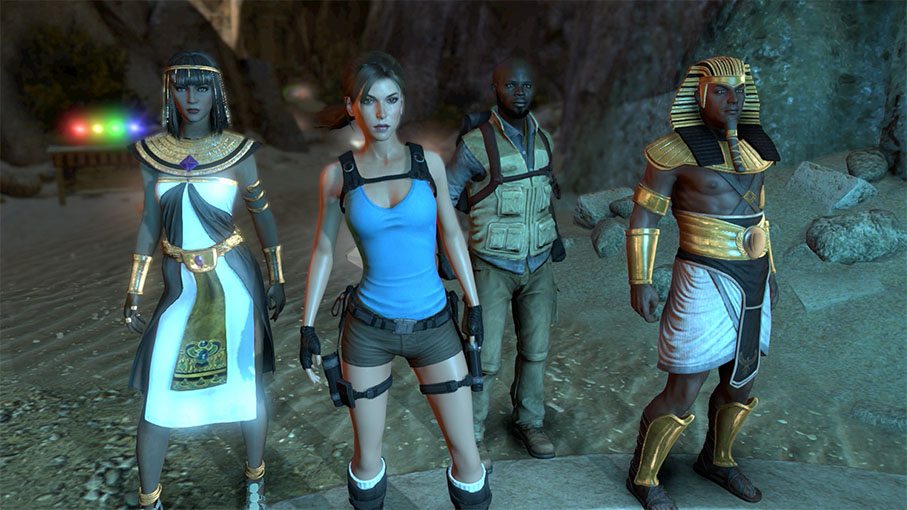 Lara Croft and the Temple of Osiris

When Square Enix announced their second download-only title, fans knew they were up for an all-new tomb-raiding fun. This time around, Lara Croft joins forces with rival archaeologist Carter Bell as they venture across ancient Egypt and partake in the mythical rivalry of the gods Horus, Isis, and Set.

Guardian of Light proved that the Lara Croft spin-off is a lucrative title on its own, and that future sequels are going to yield the same results. The co-op multiplayer feature of Guardian of Light returns in Temple of Osiris, which can now support up to four players. Aside from Lara and Carter, players will also be able to take control of Egyptian gods Isis and Horus, each armed with special powers, as they traverse the mythical temple to recover rare artifacts.

Lara’s conventional arsenal returns in the game: crossbows, bombs, torches, and the proverbial dual pistols, with the addition of a few heavy artilleries such as rocket launchers and high-powered rifles. These weapons can be used to their potentials with weapon power-ups that can be found in-game, although not for long as the power-up meter can run out and has to be used appropriately.

Perhaps the unique ability that Lara and fellow treasure hunter Carter have is the Grapple technique, where players can make rope bridges, pass through wide chasms, and help other players pass through obstacles, making it easier to accomplish the challenges.

Replacing Totec’s Spear from the previous game is the Staff of Osiris that serves its function as a sort of a catch-all trigger for any environmental item. The gods Horus and Isis wield this powerful staff of magic that can move special objects and unlock glyphs important to progress through the story. They also have magic shields that act as barriers or even step stones through the elevated areas of the game or surfaces that cannot be simply walked on to by foot. For the heck of it, players can even nudge each other into peril, such as tossing bombs onto the other’s direction or dropping them onto spikes. The good thing about this is that there is no penalty for each death and players respawn shortly thereafter. Notwithstanding a “dead” character, the level can still be cleared.

The four-player feature can add to the difficulty of the game. Playing solo is fun, but playing with friends will be a much more enjoyable experience. Levels and obstacles in solo mode will be changed when playing in multiplayer mode, as they will be altered to require a certain degree of coordination and teamwork, such as rappelling off a partner or doing tightrope walk between other players. The way the puzzles are solved will be dynamically different as there is an increase of enemies and in-game hurdles. Loot will also provide competition since drops become rarer and harder with more players engaged. 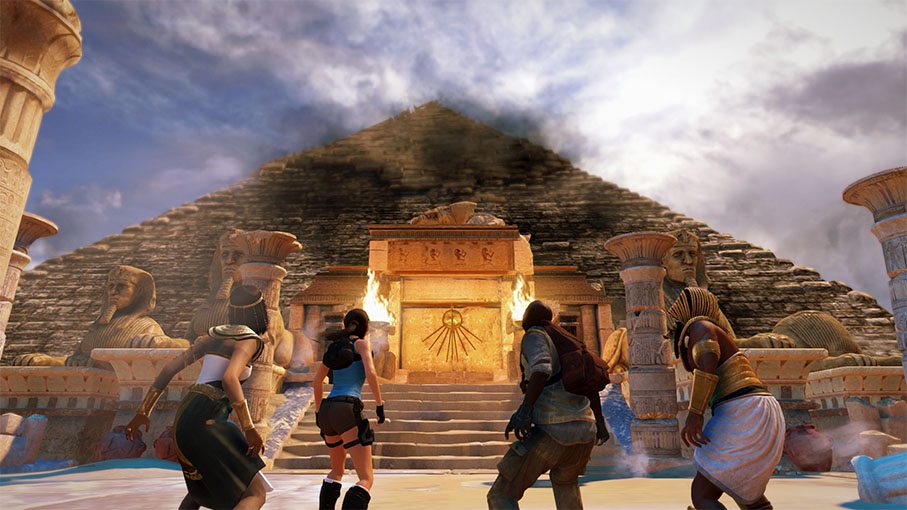 The isometric-perspective template returns in Temple of Osiris, with noticeable graphical improvements since Guardian of Light. Given the increased number of players, it is quick to see the energetic adventure emphasized by the visually impressive locations and puzzle-filled ruins. The advantage of this bird’s eye view game is that it makes the puzzle elements easily discernible and discoverable. There will be none of those levels where a player is required to sit through various screen switches in order to locate that hard-to-find switch or lever. The top-down perspective gives a wider view of the ruins and immerses players with the Egyptian adventure feel.

And yes, the intrepid and visceral Lara Croft returns, heavily contrasting the young and feeble Lara from the main series reboot. Temple of Osiris once again features Keeley Hawes as the voice of titular character Lara Croft, who also did the role in 2010’s Guardian of Light. Given that the game shows less of the character’s faces and emotions, the effective voice-overs make it easier for players to get a feel of the story. The music reflects the mode of gameplay and matches the mood of the player’s situation accompanied by realistic gunfire, Michael Bay-ish explosions, and literal cries of pain. What do you expect from a soundtrack that received a nomination from the D.I.C.E. Awards for Outstanding Achievement in Original Music Composition? 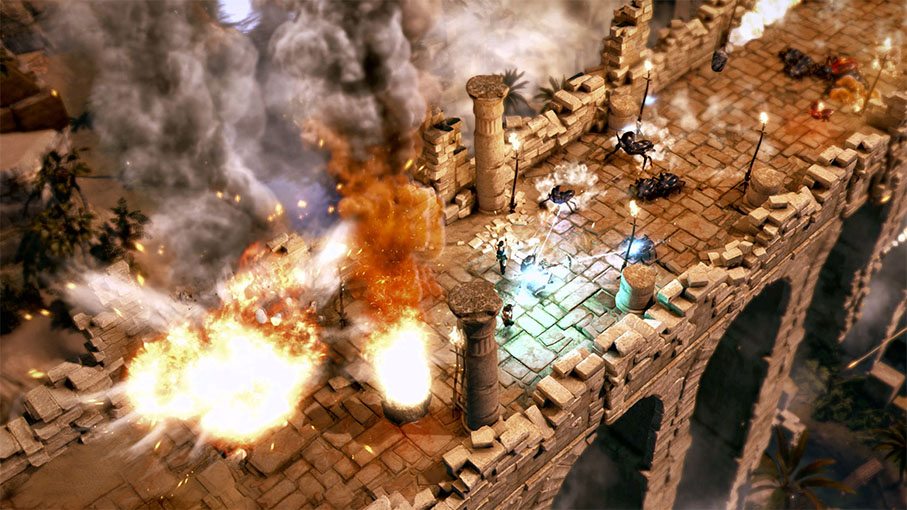 In general, the great replay value of this game is to be owed to the refreshing innovations put by Square Enix to the co-op mode. Lara Croft and the Temple of Osiris is one of those games that are good to play on the first play-through and will be better on the second (this time with friends). Given that the game is an arcade isometric puzzle game, we have to disregard the shortcomings in the narrative and instead focus on the excellent gameplay. Temple of Osiris is a game that only embellishes the Lara Croft franchise, if not, redefined.