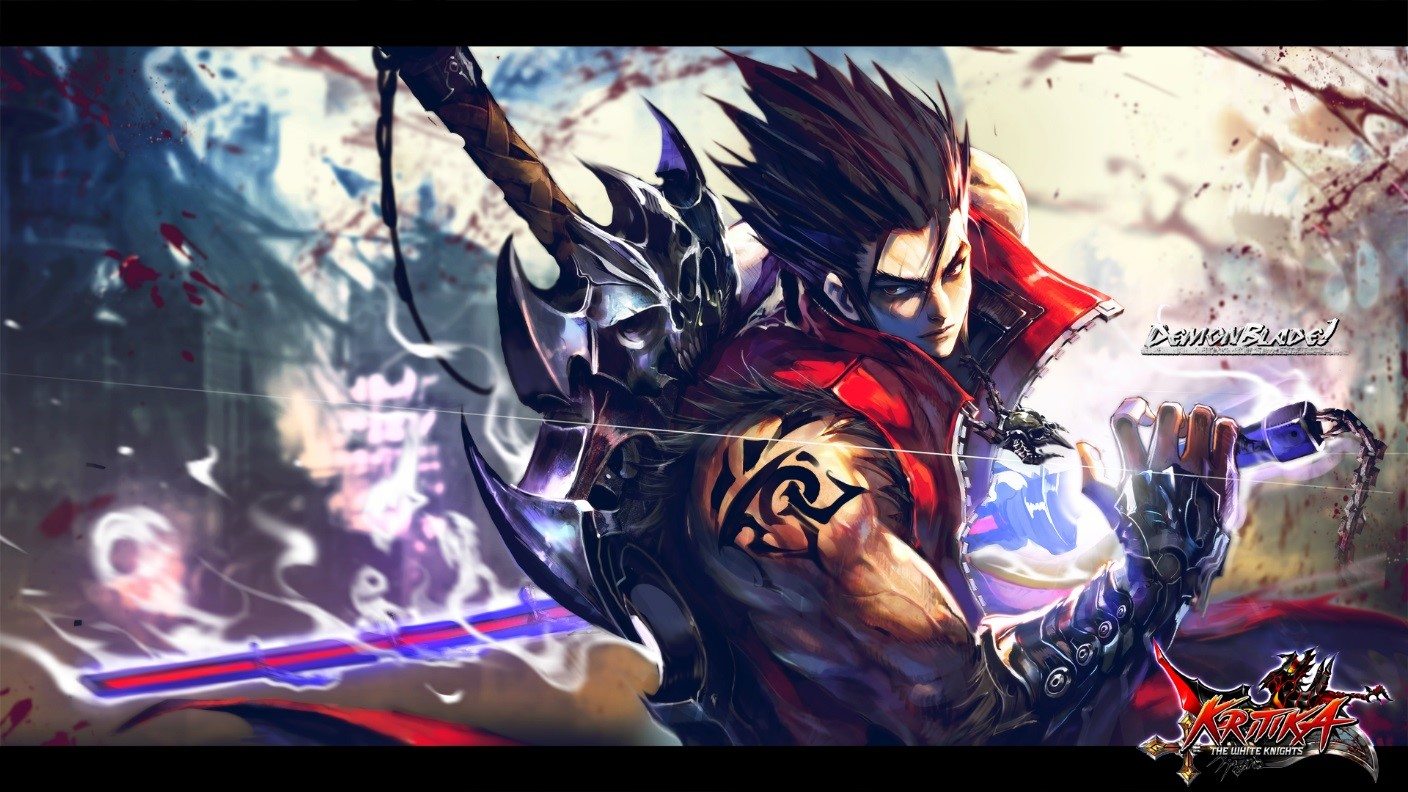 Kritika: The White Knights players can now unleash the skills of a new character called the Demon Blade, available in today’s Version 2.12 update. The expert swordsman showcases his abilities through a variety of attacks, such as:

Consumed by his desire to become an invincible warrior, the Demon Blade chose a powerful cursed sword as his weapon. With this sword, he inflicts instant damage on the battlefield, but is now at risk of becoming completely possessed by sword’s evil power.

In addition to introducing the Demon Blade, the update has also increased the stats of the Berserker and Dark Valkyrie characters, resulting in balance between all six character classes: Berserker, Cat Acrobat, Shadow Mage, Dark Valkyrie, Crimson Assassin, and Demon Blade.