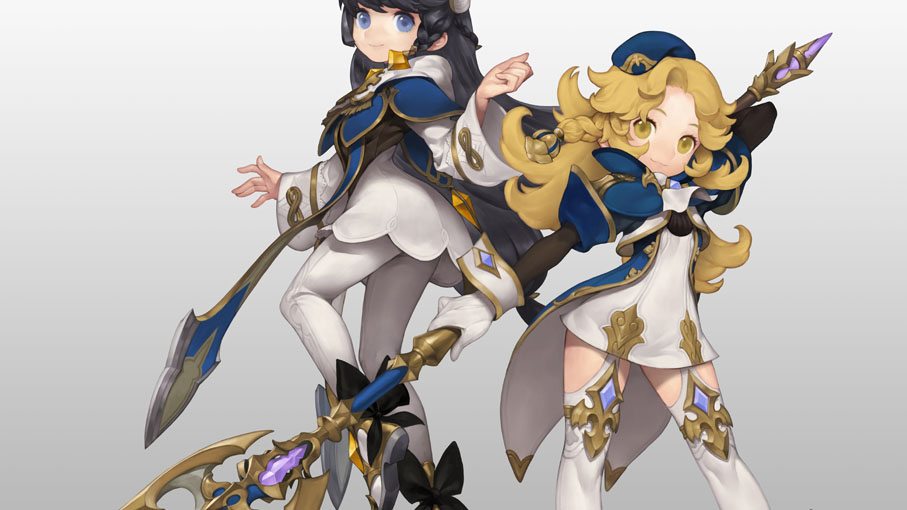 The world’s No.1 MO Action RPG Dragon Nest SEA may have entered its third year of game service but its strong dedication to the community means players are constantly given new content to look forward to. This February 26, 2015, players welcomed the much-anticipated eighth character in the game – Lancea.

The two sisters Lancea and Eltia are daughters of a Lord from the suburban lands. Despite their young ages, the two girls have received strict training from the Brotherhood of Steel, a secret mercenary organization formed by one of the original Six Heroes who defeated the Black Dragon 50 years ago. The sisters received a mission from the Brotherhood which brought them to Mana Ridge, where a strange twist of events would lead the sisters on an epic adventure in their fight for peace and justice in Lagendia.
Despite her mega-watt sunshine smile and cheerful disposition, Lancea is well-versed in combat, due to years of rigorous training regime from the Brotherhood. Her righteous nature drives her to punish her enemies with her amazing spearmanship and she is relentless in her pursuit for justice. Eltia, her sister is frail in health, and remains in town while Lancea battles in the frontline. With the wise and cool-headed Eltia guiding Lancea along in her journey and helping the latter to grow and learn new skills, these two make for a formidable duo indeed!

As Lancea levels to 15, players can progress her into her first available job specialization – a Piercer with powerful melee attacks. The Piercer’s signature battle skill is the Erratic Power toggle skill, which increases both Lancea’s speed and damage output when activated. While this skill is definitely powerful, it does have a drawback – a lot of energy is required to maintain this ability and Lancea will continuously accumulate Fatigue as long as this skill is in use. When the character hits maximum Fatigue, Lancea will become temporarily lethargic and suffer a great reduction in movement and attack speed. To truly master the Lancea class, players will need to learn to use this skill wisely and efficiently.

Come level 45, players can further fine-tune the Piercer’s specialties using the second job specialization classes – Flurry or Sting Breezer. The Flurry’s fight style is an art to behold. Word has it that her combat skills resemble the wind – silent, persistent and relentless as she goes up-close to slash her enemies into submission. Sting Breezer, on the other hand, enhances her weapon with magic so enemies do not stand a chance against her, even if her spear does not touch them physically.

“Players have been asking for the new Lancea class for some months now, so we are very excited to heed their voices,” said Mr Addison Kang, CEO of Cherry Credits Pte Ltd. “The arrival of Lancea gives current players a comprehensive glimpse of the aftermath of the historical fight between the original Six Heroes and the Black Dragon, while new players can continue to enjoy the in-depth lore of the game. Afterall, Dragon Nest SEA is not just a game; it’s an adventure for all our players to immerse themselves in!”

Players can start playing the new class via the in-game update on February 26, 2015.