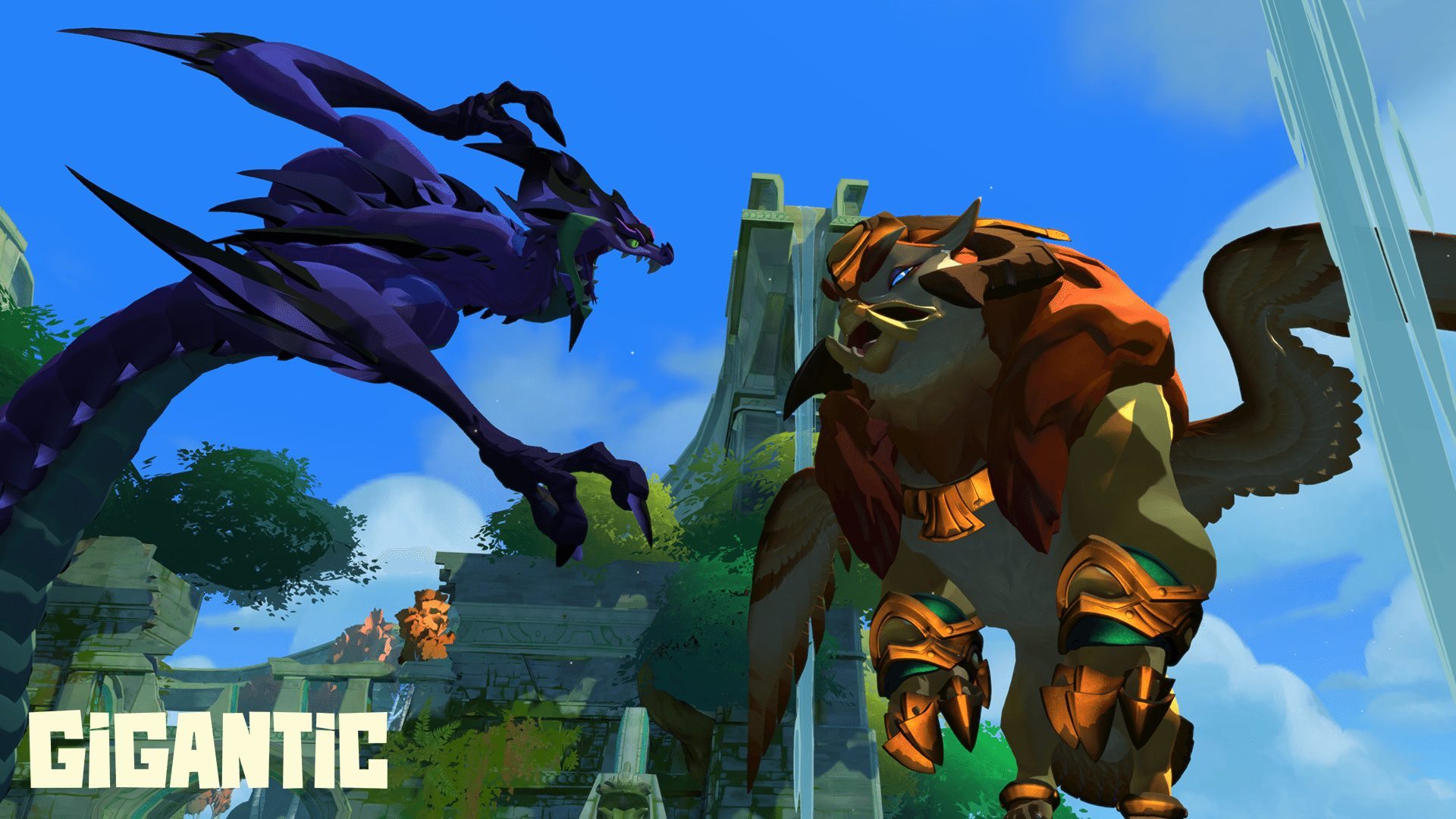 Today, Perfect World Entertainment Inc., a leading publisher of free-to-play online games, and Motiga Inc. announced Gigantic is now in Open Beta as part of the Xbox Game Preview Program. The free-to-play competitive action MOBA is available on the Windows Store (Windows 10 PC’s and Xbox One) across North America and Western Europe and features cross-play between platforms. Players looking to unlock more for their Gigantic experience can also purchase the Founder’s Pack ($39.99) to gain access to all 16 current heroes, four upcoming heroes and additional unique rewards. Valued at over $150, the Founder’s Pack offers a substantial savings to players looking to establish themselves right away.

“Gigantic is an entirely new action MOBA experience that combines high twitch skills and deep strategic choices. Paired with innovated design that includes giant Guardians (to fight with and against), and creatures that you can summon, Gigantic is way beyond Overwatch or Paladins,” said Chris Chung, CEO of Motiga. “We’re carving our own destiny.”

Open Beta via the Xbox Game Preview Program features a weekly rotation of six heroes from a roster of 16 and three maps: Siren’s Stand, Ghost Reef and Sanctum Falls. Each hero features a unique playstyle that can be further customized through comprehensive skill trees during each match. Teams work together to attack enemies while claiming points on the map to summon powerful Creatures. Players will power up their team’s Guardian by controlling the battlefield and defeating enemies. Victory is awarded to the team who can overpower their opponents’ Guardian.

The team at Motiga is hard at work creating new content for Gigantic. Throughout Open Beta and long after launch Motiga will be releasing new Heroes, Maps, Guardians and Creatures so stay tuned as the game continues to expand and evolve.

Gigantic will always be free-to-play and its entire roster of heroes and creatures are unlockable through in-game currencies earned by completing matches and fulfilling Fortune Cards. Purchasing the Founder’s Pack grants players instant access to 16 Open Beta heroes (plus four future heroes) ready to battle for supremacy. Finally, Founders will receive two limited additional “Imperial” skins and two exclusive Founder’s profile icons. Gigantic and the Founder’s Pack is available now on Windows 10 and Xbox One via the Xbox Game Preview Program, but will follow on Arc (PC Windows) at a later date.

Gigantic is a free-to-play competitive action MOBA developed by Motiga. Even though it’s gorgeously rendered, light-hearted and charming, Gigantic is for all types of gamers and pits teams of five heroes and their massive Guardians against each other in epic battles across a variety of maps. The game combines explosive combat with fast-paced teamwork, strategy, and skill, as players are required to work together and fight relentlessly to defeat opposing Guardians with spells, guns and swords.

For more information about Gigantic and the Founder’s Pack, please visit the official website: https://www.gogigantic.com/