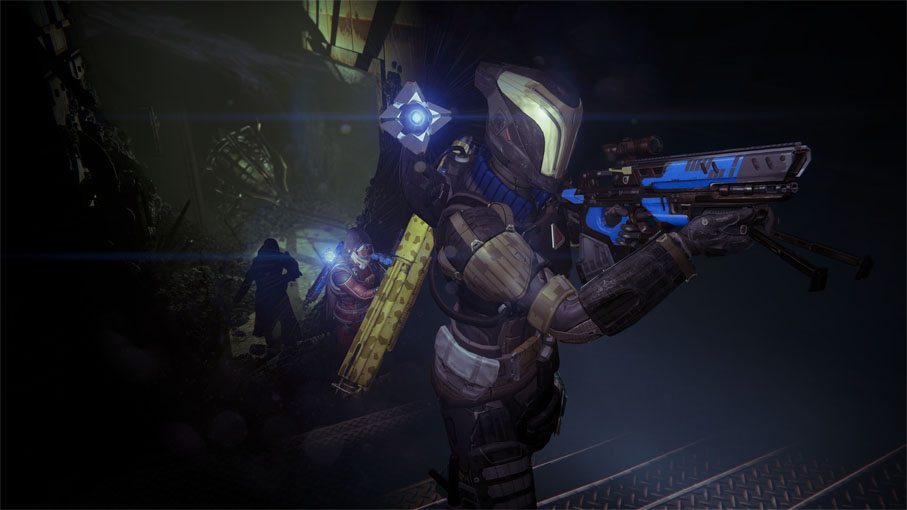 Want to be a guardian of the galaxy? You won’t see Chris Pratt or his ragtag team of space criminals (which includes a talking raccoon and a sentient flora) in this one but Bungie’s Destiny is the most-hyped video game with Activision saying that it is the video game with the most pre-orders in history. Does it live up to the hype? Find out more by reading this review. 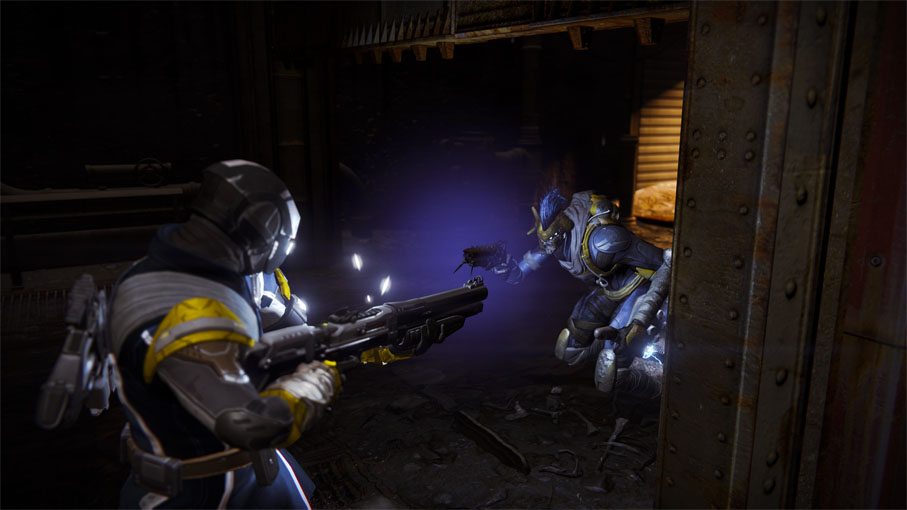 Destiny is a first-person shooter where you play as a Guardian. Guardians are defenders of the City – the last human city on Earth. Taking place seven hundred years into the future and having a post-apocalyptic theme, Destiny sees a universe where humans are driven to the brink of extinction with the Guardians as the last line of defense against hostile alien races. The premise of the game is that Guardians are the last bastion of hope for the human race as they explore the galaxy and its planets to re-establish the human civilization.

It features the Traveler, a mysterious entity that has granted humans technological advancements and paved the way for another Golden Age in which the human race is able to colonize the entire solar system. However, the Traveler’s enemy known simply as “The Darkness” arrives and brings about the opposite of what the Traveler gave to humans. With The Darkness’ arrival, human communities were destroyed and the player – a nameless Guardian – is tasked to fight The Darkness and save the Traveler. 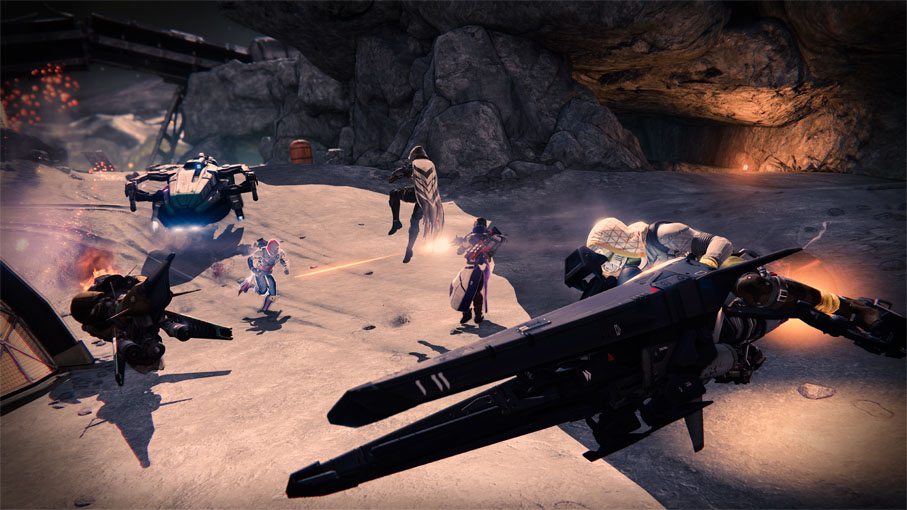 The game has solid visuals and really looks good, especially when you play it on a high resolution monitor. Destiny’s character models are crisp and sharp although slight frame rate and pixel difference are present on different game platforms. Space exploration is a good past time in the game with Destiny showing you exquisite alien flora and stunning landscapes (although most of the scenery involves alien rocks and soil).

Also, the game seems to be built with the knowledge that players may sometimes want to rest from all the action and just enjoy exploring. The game features the Sparrow – a hover bike that allows you to travel easily (and in style). The bike’s design is great and is similar to the bikes in FFVII crisis core. With the Sparrow, exploration becomes even more fun and getting to places won’t take too long. 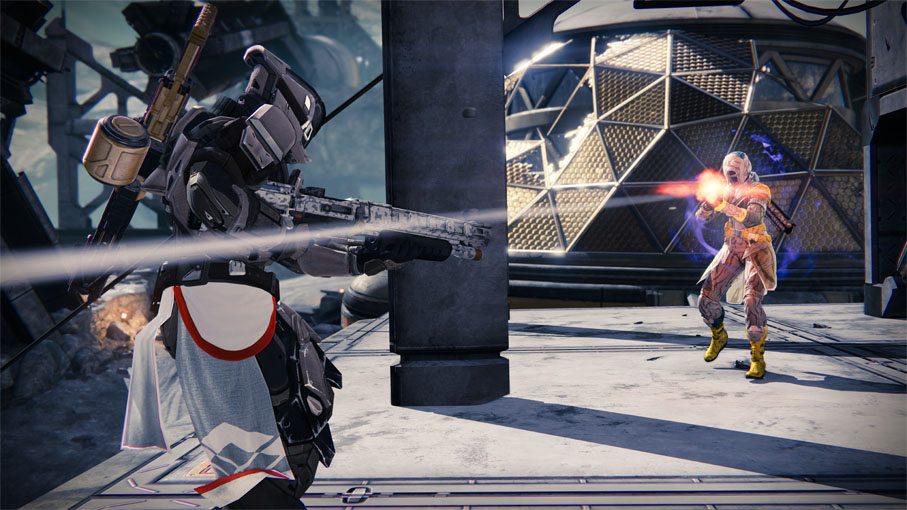 Destiny plays a lot like Bungie’s previous game, Halo. If you liked Halo, then you will love Destiny. The controls in the game are great with every button assignment hitting the right spot. Every time you play Destiny, you won’t question why that action was assigned to the button but rather, you will be amazed at how the button placement was thought of since the button inputs translate pretty well into the in-game actions.

One of the first things that you’ll notice in Destiny is its detailed (and quite long if you are the picky type) character customization. Hair options are varied as do the character skins. You will definitely spend a lot of time customizing your character in Destiny.

The game lets you pick one out of three races which are the Titan, Warlock, and the Hunter. The Titan acts as the “Tank” class out of the three that excels at absorbing good chunks of damage due to their high armor stat. It has two sub-classes, namely – the Striker and the Defender. The Striker is the attack-oriented sub-class of the Titan and it allows you to smash the ground and blow away multiple enemies with a shock wave. The Defender, as the name implies, is focused on defense and has the ability to produce a shield which protects you from incoming shots.

The next class is the Warlock which focuses on Recovery. They are able to quickly fill their health and shield when idle and not participating in combat. The two subclasses of the Warlock are the Voidwalker and Sunsinger. The Voidwalker focuses on Void damage and can launch a concentrated void orb aimed at the enemies. The Sunsinger can support other players through their Radiance ability which improves the player’s abilities and makes regeneration faster.

The last class is the Hunter. The Hunter focuses on agility and relies on swift moves to defeat the enemies. Its two sub-classes are the Gunslinger and the Bladedancer. The Gunslinger can deal huge damage by using its super weapon named Golden Gun. On the other hand, the Bladedancer uses arc light which imbues the player’s knife with arc light to enable them to deal large damage for a short, limited time.

Although the availability of classes might prompt you to think more carefully about choosing your class, Destiny does not really give each class a significant advantage over another class. The class seems to be present to vary the combat and the only difference of one class to another is how they take down enemies with their skills.

All in all, Destiny’s gameplay brings nothing new to the table, although Halo fans and first person shooter aficionados should definitely not miss this game. Destiny combines shooting and exploration seamlessly and incorporates old mechanics in FPS games like gun and skill upgrades, but gives it a little bit of twist in the form of Engrams. Engrams are loots which you have to collect to be able to ascend through the game’s level 20 cap. The only thing that is not good here would be the grinding times you have to spend to get such rare loots.

Unfortunately, Destiny’s story is barely there and feels like a generic one. Peter Dinklage’s voice doesn’t seem to be much of a help either with his guest role as the Ghost which serves as your guide in the game and gives a little bit of the story with every in-game advancement you make. Dinklage’s voice seems to be bored and a little bit flat which adds little to your excitement regarding the lore of the game.

Gamers who try Destiny will be thrilled to play it after a few times and with its engaging PVP and Raid mechanics where you cooperate with other players to take  down massive bosses and their minions, the multiplayer aspect of the game is outstanding and boasts of replay value. However, the single player and the main story campaign will have to do a lot better with its generic story and uninspired storytelling. Perhaps, future DLCs of the game will fix this. Otherwise, Destiny is one of the best FPS for 2014 in terms of graphics, gameplay mechanics, and multiplayer and cooperative battle features. 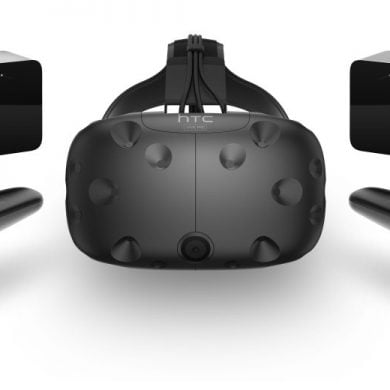