When it comes to the most hyped games of 2017, you can’t rule out Destiny 2 as it aggressively advertised with lots of live action trailers along with food and drink coupons etc. Since the original Destiny version was a huge success and hence lot of expectations were there for its sequel, but the first title wasn’t as good as expected with lack of content and with a confusing story and a plot filled with a lot of holes. But Destiny 2 has taken everything into account and has come up with a great gaming experience in its latest release, Destiny 2.

Destiny 2 has a compelling storyline when compared to its predecessors and gamers can now witness a whole new world of innovations and systems. For the players of the original game, Destiny 2 will not be much of a new experience but just a kind of evolution from its predecessor. Key systems and gameplay loops have largely changed or enhanced when compared with the original version and also lot of new stuff to be found in this version. But the underlying concept is the same as of the original version and veterans of the game might not feel much of a difference. You still need to go on mission and scan for things and defend against new wave of enemies. The gunplay is exciting as it was in the original version along with best acting and excellent destinations. You still have things like Patrols and Strikes and Raids as this is just a sequel. 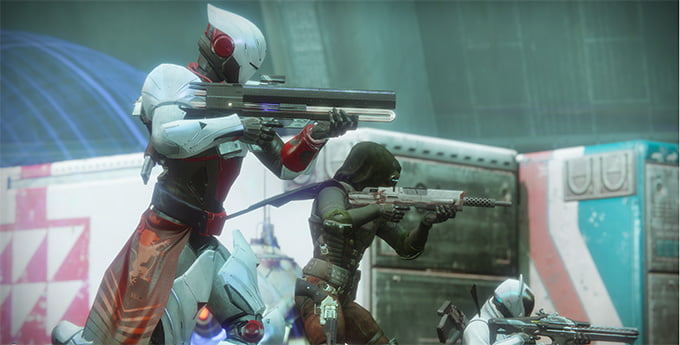 The original version was highly criticized for coming up with some less story or content, but Destiny 2 has ratcheted up with a captivating story with beautiful and action-packed cut scenes. Destiny 2 opens up with your home sanctuary coming under attack from your alien invaders. You only realize that you are outnumbered by your enemies when you are half way through defending your home and everyone at home is ordered to be evacuated. The first level of Destiny 2 is really exciting, adventurous and action-packed with aliens everywhere around you and explosions going off everywhere around you. Take a deep breath before stepping into this level as you can’t take your eyes off for a minute from this game. Zavala, Ikora and Cayde-6, three important vanguard leaders come alongside to your rescue to fight the alien invaders.

There is also a time when you hop into one of the enemy ships, only to find that you are about to encounter one of the dangerous leaders of the Red legion, Dominus Ghaul. In the midst of the fight, he captures the Traveler and removes its light giving powers. This means all the guardians and ghosts could not regenerate their magic skills. At the end of the fight, you are kicked out of the ship almost dead and the vanguard leaders escape to different locations of the solar system. Now it is only upto you to revive your light and save Traveler and humanity from great danger. 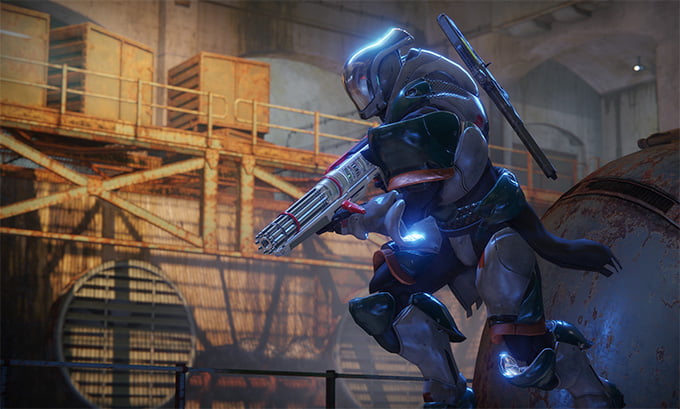 One of the important advantages in Destiny 2 from its predecessor is the availability of a destination map. This proves to be a great asset for you in the game to know at any point of time your location in the game. In the original version, there was no destination map and in order to play a mission, you need to jump down to that orbit to play that level and return back to your space after the mission is accomplished. But in Destiny 2, you just stay on your planet and select the mission you want to play and a waypoint will be placed on your radar and you can go there and start your mission. The main story travels along with the progress of each mission and you also comes across NPC at some points that will also provide you with additional adventurous campaigns. These are not part of the main campaigns, butt are only side quests. These quests provides with a lot of loot and rewards and are also somewhat lengthy. If you want to enjoy the game to the fullest, it is recommended to take on these side quests as and when they appear and also enjoy the rewards that come along with these quests.

Public events are back in Destiny 2 and destination map shows clearly when and where these events are going to pop and hence you can always find a public even nearby to your location. The more you explore the planets the more landing zones you can find which assists you to hop from public event to another quickly. These events are extremely fun to participate and also provide you with a lot of experience points and also a great chance to find a big loot. A normal public event can also be turned into a famous Heroic public event, but for that you need to partner up with others to find the secret behind turning a normal event into a heroic event and also the actual rules and regulations to make it. If you are lucky and find out those stuff, the rewards and points will be exemplary for you and your team. 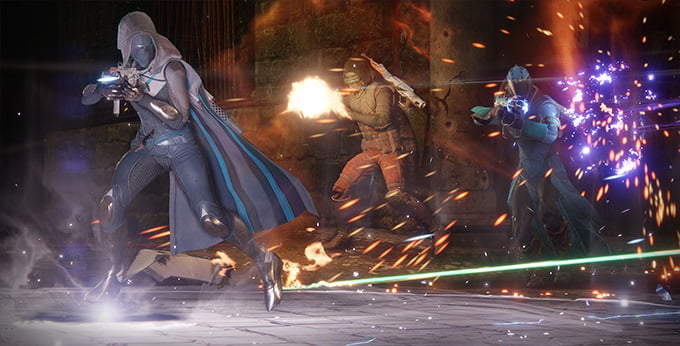 One of the major improvements in Destiny 2 is the great improvisation in graphics and sound effects. Bungie has put a lot of effort into making this sequel stand out from others in a big way. The graphics look lively and attractive. Every location has been largely revamped with new colors and designs along with the enemy models and environments. Special effects has also been largely enhanced and are great to hear.

Overall the Destiny 2 has been a real revelation when compared to its predecessor and fans of the original version would be really happy to see this in action.