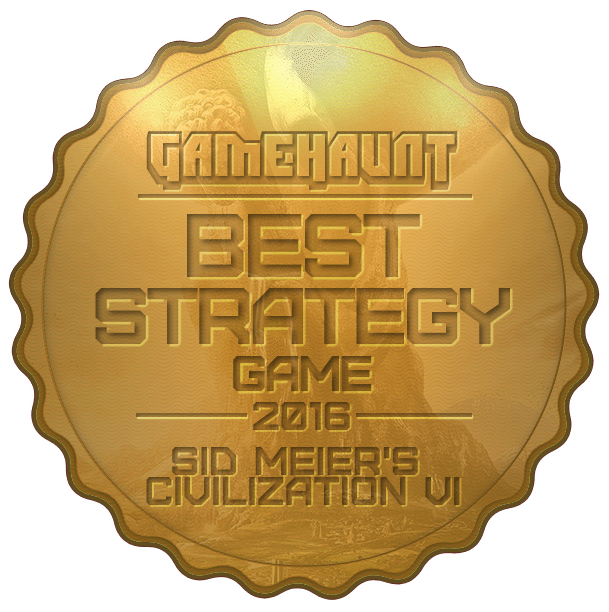 Almost individuals love to play games on their PCs and smartphones. People want entertainment and they get a huge entertainment in the PC games along with a chance of entering into a new world. There is a wide collection of action packed games, adventure based games and the strategy games. The gamers have always been more inclined towards the action packed games, but Civilization series has turned people’s attention towards strategy games. Civilization I, II and III, IV and V have got good response from the gamers and now Civilization VI have also succeeded in finding millions of gamers. It is a famous installment of Civilization series, which we are going to review in this post.

Civilization VI is a turn based strategy game, which was designed by Ed Beach. Sid Meier’s Firaxis Games studio has published this game on 21 October, 2016 for Microsoft and on 26 October, 2016 for other platforms. This game applies a 4X kingdom building model during the gameplay. The developers have paid huge attention to the terrain. The city’s improvement will take place in a completely new way and you will get the bonus for a quality job. The designers and developers have applied new techniques to make the game more interesting, improve the graphical view of the people, city and other locations. The players would love to follow the cultural victory path to win the game. The gamers will have more control in managing the game and plenty of new features will impress the gamers. 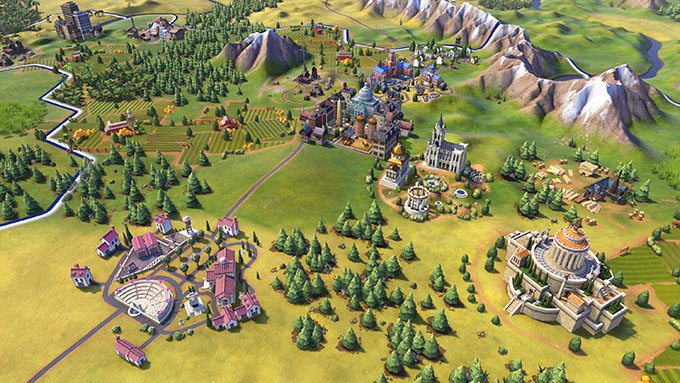 A gamer checks several things before buying and playing a video game and in this generation, it is quite important to have high-quality graphics in the game to have quality visuals of all the locations, objects and the characters as well. Civilization VI certainly owns high-quality graphics that’s why it has got millions of as of this posting. You get a detailed view of objects in the game, which improves your gaming experience. If your system supports the requirements of the games like the OS, Memory, Graphics card and Sound card, then there would be no issue of graphics.

You start with nothing and build some epic cities and armies. This cannot be possible, if you don’t get perfect visuals on your screen. The use of colors for describing different locations, things and characters are simply great in this game. That’s what is quite encouraging to play more and achieve more in this game.

If you are expecting that you will build and empire and start fighting with the kings of other territories like previous installments of the Civilization series, then please stop thinking so. Things are quite real in this game and it is a strategy based game. Just presume that you have got limited resources and a group of people. Now, you will have to find a land for building the city and everything that can improve the lifestyle of your civilization. Here you build an empire, control that empire and try to expand that empire, exploit new things, trade and then exterminate your opponents. 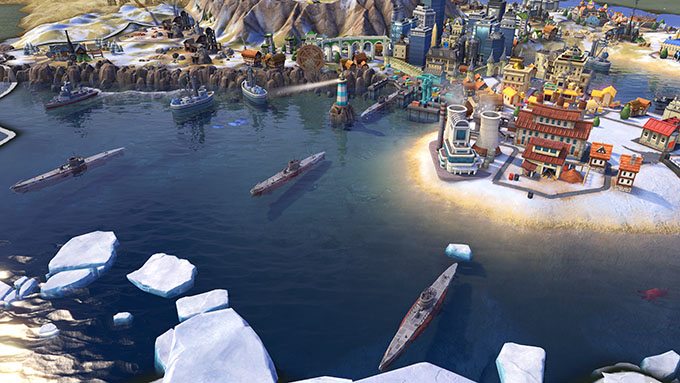 Various new city improvement tools are added by the developers to help you in building more realistic and fascinating cities. You can build everything that you want. You can improve the power of your military by developing more powerful weapons than your opponents. Explore new territories to trade with them and finally attack them. You can grow the culture and form a powerful government to win the game and have some great diplomatic relationships with other states in the game.

The City Unstacking is the new thing in this game, which was not in the previous installments of Civilization Series. The development of the cities will be placed in the hexes bounds of the towns. The players cannot place it inside their newly developed cities. The players can form districts as the center of other cities to develop the culture and other essential elements of the game. All in all, the developers have worked a lot to improve the gameplay and add new things in the game so that players can pay attention to the new features and facilities. 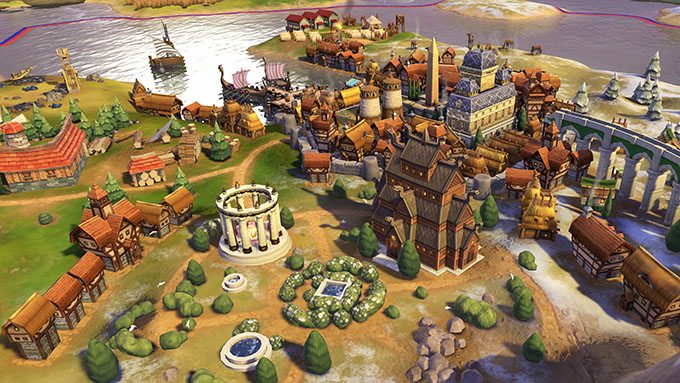 The use of different sounds according to situation and the condition is quite important. The leading video game development firms pay a huge attention to the background sounds of the game. Firaxis Games has also done the same thing. The audio effects are simply great. The background music changes according to the situation and bring an epic feel. It is obviously the background sound of the game, which makes every moment special and thrilling for the gamers.

The gamers can customize the feel, appearance, locations, weapons and all the in-game resources. It makes gamers feel like they are running a real Kingdome and they apply the best strategies to enhance trades, develop the civilization and expand their lands around the world. No other game offers such an exciting entertainment and that’s why gamers always seek more installments of the Civilization game series.

You will have a civilization to control all of its moves. You can either make it the best civilization in the virtual world of Civilization VI or get defeated by others. Whatever you will do, it will offer immense entertainment and a thrilling experience of ruling a territory. So, go for it and get it now.