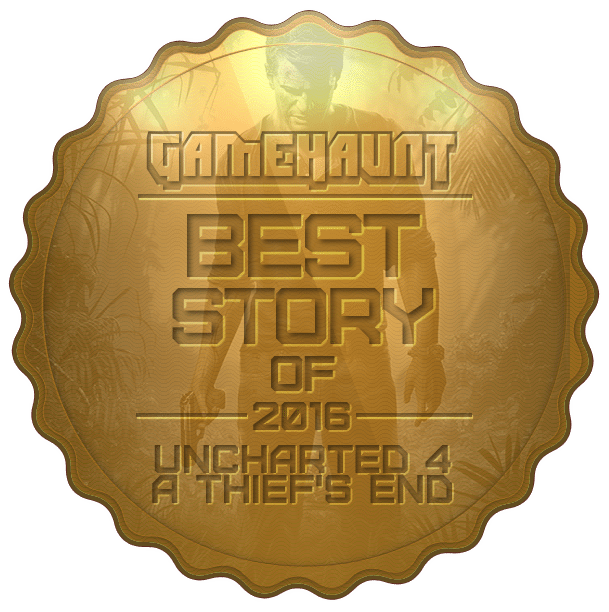 Like many game “trilogies,” Uncharted did not stop at the third. And it’s probably the best for the legions of fans out there — the fourth (and apparently the last) installment entitled A Thief’s End is getting rave reviews for all the right reasons.

The first three installments of the game got by with the tried and tested elements of thrill and excitement. At any moment, a building might collapse, and rocket grenades could start whizzing by a player’s ear. The ecstasy of chasing long-lost treasures around the world — from El Dorado to Shangri-La — is enough to draw people in and make them ignore the sometimes lackluster attempt at creating an emotional connection among the characters.

However, the fourth installment tries something new. The somber title and cover art all hint at something heavy going to happen — and the game does not disappoint. The game takes us to a trip down the protagonist’s psyche, exploring Nathan Drake like never before. And there’s plenty of goods to go along this new expedition. 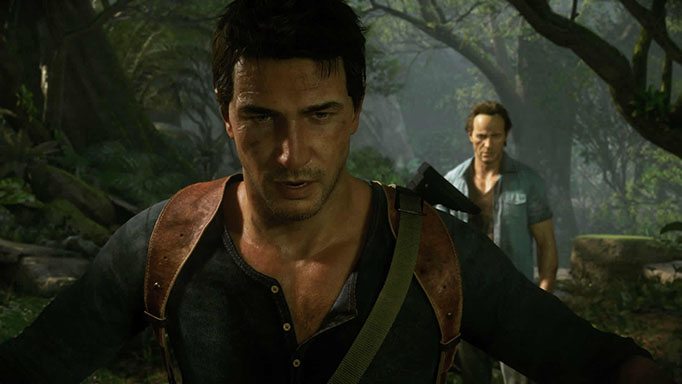 The game is showcased through different time jumps. These are not random skips, however — each point of the story is tightly directed, effectively giving the impression that each unanswered question has more than meets the eye. Here we see the hero attempting to break away from his life of adventure and settle down with Uncharted 1’s Elena Fisher — only to be brought back by a ghost from his past.

New gameplay mechanics also make the game more immersive. In reaching for platforms, for example, you can control Drake using the DualShock thumbstick (much like a puppet). This allows you to climb more fluidly than in the past games.

There are new things with the terrain, too. For example, steep paths covered in gravel can send Drake sliding off like water slides — this can be both a danger and a helpful tool. Long grass is also an effective cover for silent takedowns. You can traverse this terrain in different ways to meet the same goals, if you wish — a departure from the linearity that defined the previous games. Also, little things like better 4×4 handling of a new, smooth camera motion when the protagonist uses his grappling hook all add to the finesse of the game.

Granted, the open environment could use just a little more work. For starters, there’s hardly any rewards waiting for anyone willing to explore the magnificent vistas. 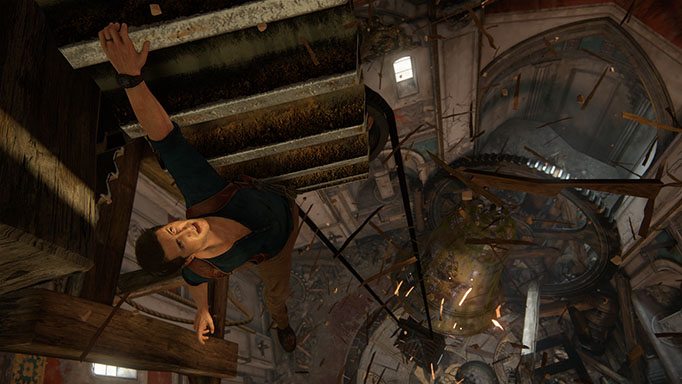 The Uncharted series is known for its frantic action, and this installment does not disappoint. More than before, new gameplay techniques can be utilized depending on the player’s preferences.

While there are some stages that do not leave you a choice but to shoot your way out, the open environment often allows for more creative approaches. For example, you can flank your enemies to surprise them. You can also grab by the ankles anyone unlucky enough to be passing by a ledge, and you can tag other enemies so you can track them down later. 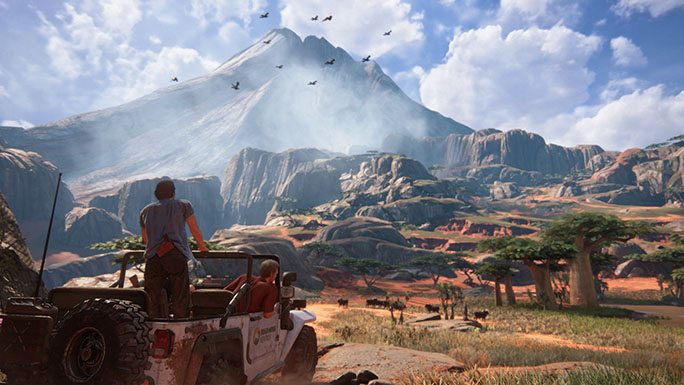 The companion characters have improved, too. In fact, they are more “in-character” than ever before — crouching down to hide when you do, and providing able fire support when the bullets start flying. They do a good job of staying out of enemy sight when hiding, and they are also helpful in traversing the varied landscapes. They are even witty at times. They are indispensable.

But it’s not just the companions that have improved — even the enemies have as well. They are also able to flank you, and they are also quite adept at remembering where you are. Drake can no longer hide by hanging off ledges, lest his hands get stomped on. They are also smart enough to go around the obstacles you are hiding behind. If you want to win, you have to keep moving. 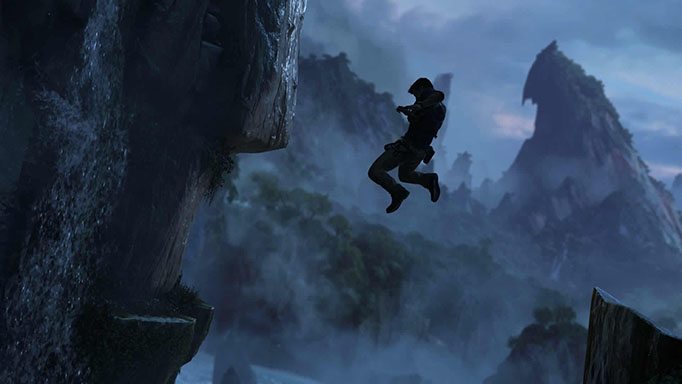 After playing through the exasperating jungle trek and the thoughtful and poignant exploration of the characters near the end, there’s little else to do in A Thief’s End after the campaign — aside from the multiplayer match. While not the main attraction, the 4v4’s and 5v5’s different modes (Deathmatch, Command, Plunder, and Ranked Deathmatch) showcase the best that the series has to offer — the teamwork, the blazing gunfights, and the unending movement. You can play a la Counter Strike and charge with guns blazing, or you can go the vertical route and use your grappling hook to reach higher vantage points. The sense of competition so innate in Nathan Drake gets an all-new life here.

All in all, this is a game that is remarkable for its maturity. All the eye candy is there — remarkable visuals, realistic scenes, eye-popping landscapes, and the trademark outrageous action. Individually, all these elements are no longer surprising in this age of high technology — in fact, everything here has already been seen in other media. But it is the way that they are brought together to form a cohesive whole that gets critics all nodding with pleasure.