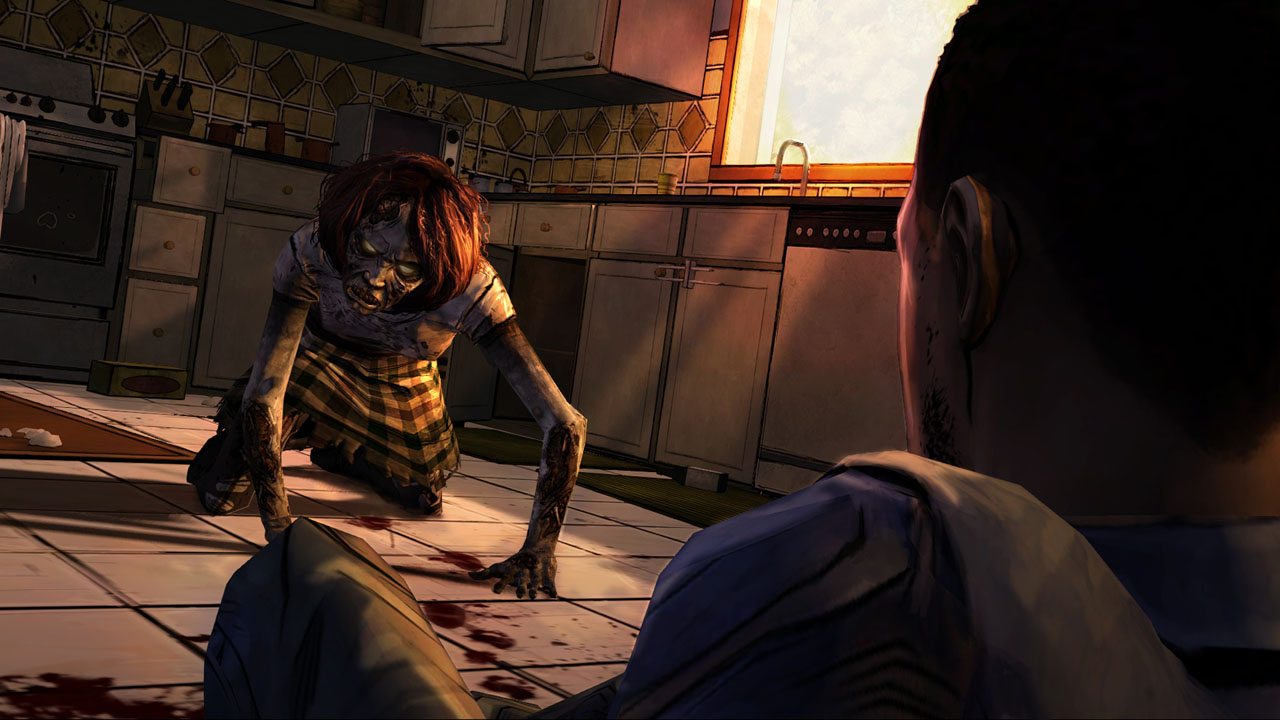 Telltale Games and Robert Kirkman, the Eisner Award-winning creator and writer of The Walking Dead for Skybound Entertainment and Image Comics, announced today that the first episode of the game series based on the critically acclaimed comic book series, The Walking Dead, is now available for download. Players can purchase the PC and Mac versions from the Telltale Games Online Store, as well as Steam and other digital distribution services. The first episode is also available for download now on PlayStation®Network for the PlayStation®3 computer entertainment system, and will be available Friday, April 27th on Xbox LIVE® Arcade for the Xbox 360® video game and entertainment system from Microsoft.

Early critical response to Telltale’s first episode of the series has been intensely positive from gaming critics across the web. In their review, IGN.com awarded the episode an Editors’ Choice award, saying, “‘A New Day’ is one of Telltale’s finest games,” also stating, “…This is a deeply personal and emotional experience, and that’s why it feels so right as a part of this franchise.” The review praised, “…The Walking Dead Episode one has just about everything fans could want.”

Other critics lauded the game, with Official Xbox Magazine awarding the game an Editors’ Choice with a score of 9 out of 10, saying the episode was, “Slam-bang entertainment,” adding that, “Everything just feels right” with its “Striking art style and cinematic presentation.” Website Shacknews said, “The Walking Dead is more than just a great adaptation of a beloved property—it is easily one of Telltale’s best games.”

Gaming site Polygon gave the game an impressive 9 out of 10, stating, “With choices that matter and intensity to spare, Telltale Games delivers one of its best efforts to date.” Their accolades continued with, “…the first episode of The Walking Dead held me in as I was thrown from one story-twisting, heart-stopping conflict to another, disaster threatening if I looked away from the screen even for a moment.” The reviewer also said that the episode was, “…one of the most intense gaming experiences in my recent memory,” and that, “So many games have teased a truly “interactive” narrative, but I can think of none that have delivered this well.”

The Walking Dead: Episode One – A New Day is set in the world of Robert Kirkman’s award-winning comic book series. Lee Everett, a man convicted of a crime of passion, has been given the chance for redemption in a world devastated by the undead. Players will experience life changing events, meet new characters and familiar ones from the original comic, and also visit locations that foreshadow the story of Deputy Sheriff Rick Grimes. The Walking Dead offers a tailored game experience – player actions, choices and decisions affect how the story plays out across the entire series.

Episode One – A New Day is the first of five monthly episodes of The Walking Dead games series and will be available for 400 Microsoft®Points on the Xbox LIVE Marketplace for Xbox 360® on April 27th; it is available now for $4.99 per episode on PlayStation®Network, and is available as the first part of a five episode season pass for $24.99 on PC and Mac from the Telltale Online Store and other digital outlets.