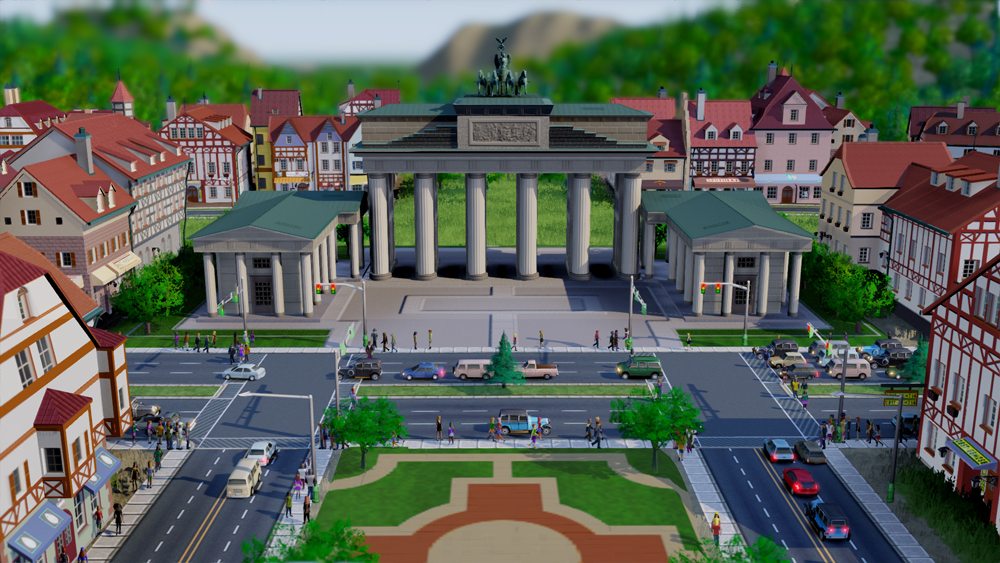 The king of city-builders is making its triumphant return to the Mac! Electronic Arts Inc. (NASDAQ:EA) today announced that SimCity will be coming to Mac as a digital download via Origin™ in February 2013. With development being led by the creative team at Maxis, the Mac version of SimCity will feature the same deep, rich gameplay that will define the PC experience as players on both platforms compete or collaborate to create a new world, together.

“Whether you owned a Macintosh or a DOS PC, we all have memories of laying down zones and reticulating splines from our youth,” said Lucy Bradshaw, Senior Vice President and General Manager of EA’s Maxis Label. “To the millions of SimCity fans out there, we’ve been listening and can proudly say that your calls have been answered. SimCity has a long legacy on the Mac and the team at Maxis is ensuring that it will be the deepest, richest and most accessible SimCity game yet.”

Attendees of gamescom 2012, taking place at Cologne Messe from August 15 – 19, can be among the first in the world to go hands-on with SimCity for PC. Future mayors will be able to experience the next generation of city-builders through a guided hands-on demo where they will also catch their first look at the SimCity World. This new feature set is the connective tissue that allows players to boast about their progress through CityLog, compete in Global Challenges, compare their accolades in Leaderboards and affect the global economy in the Global Market.

Eager mayors who are interested in getting an early start at changing the world of tomorrow can head over to www.SimCity.com/beta to sign-up for the SimCity beta. Participants will have the chance to play SimCity on PC before it ships in February. Those that are chosen will be asked to provide their views and feedback on their experience playing to help improve the development of the game.

For more than two decades, the king of city-building simulators has sworn in millions of virtual mayors from around the world. With its return in February 2013, SimCity will engage an entirely new generation of PC and Mac gamers as they take charge of their own customized cities and build a world that co-exists alongside friends. For the first time in SimCity franchise history, players’ decisions will have long-lasting repercussions that will extend beyond their city limits. Together, players will address real global challenges such as climate change, the search for renewable resources and natural disasters. It’s up to the players to decide whether to compete or collaborate to shape the world – for better or for worse.