ReCore is one of the anticipated exclusives this year. It is the real change in the gaming sequence and finally you can have something really exciting to play. The ReCore is a modern era game with some old fashioned style. It has some nice characteristic features that allow you to fall in love with it. In terms of sound effects and visuals, this game is the real masterpiece of the year. Many new features are also added to the game to make it much more interesting and special. The ReCore has an old fashioned story but with a new way and some real nice fashion. The game is quite innovative as well. It makes it much more interesting and unique as compared to the other games of the same type. 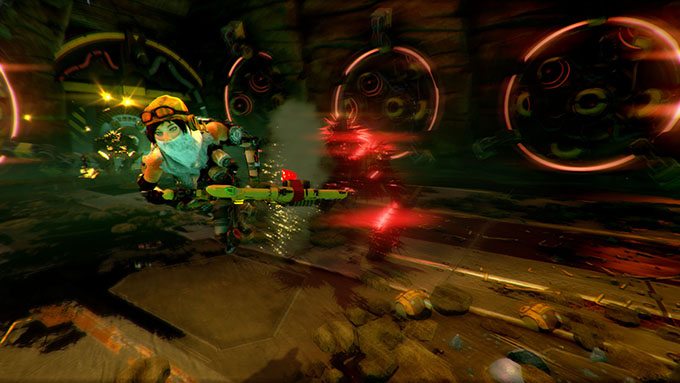 ReCore is an action and adventure game that is going to be your best partner from now on. The first time you see a girl with a robot dog, you may feel more than disappointed as you may not be expecting it to be something like this. But with the passage of time, when things start to become clear, the game becomes really fascinating. The game is about the survival of a girl in the world with a robot companion that is helping the human rehabilitation on the planet earth.

The game has quite a mysterious story that keeps unfolding as you move along. Something not human takes control of the earth, leaving a few humans on earth. The girl has to survive her life on the earth and keep moving. Her mission is to take the earth back and rehabilitate the humans on the earth. The girl was accompanied by a robot companion that is called Mack. This companion is very faithful to the girl and may become wild and furious at the time of need. The story continues with new friends and so many new enemies. There is little left of humans on the earth, so the girl is all on her own. 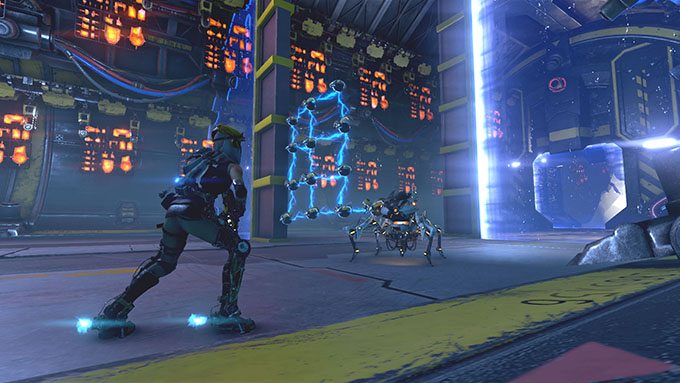 The game has some real innovations that make it quite unique from the other games. The combination of the old fashioned stories and concept in the new gameplay is seriously a nice idea. The game is all about new things that were not in the previous games. The new fighting styles and new creatures are the real innovation of the game. You could not have seen anything like this before. The innovative tactics and killing techniques are really impressive and make the game much more interesting. This game made me feel like this is the game that I will surely play before anyone else gets to give its review about the game. The beautiful combination of a highly skilled girl with a high-tech robot is something that was never ever portrayed in this way. The best part of the game is that a single sandstorm can change the whole scene and can even change the map of the area.

ReCore comes with some of the best visuals ever. The complete color scheming and proper pixel definition is the characteristic feature of this game. The game is presenting some of the best graphics. When played on the computer, the graphics quality is compromised, but still impressive. The game has some high definition presentation of the sceneries and the maps. It has completely described the visuals of the games. You can enjoy the game with the bitterest details being mentioned by the graphics. 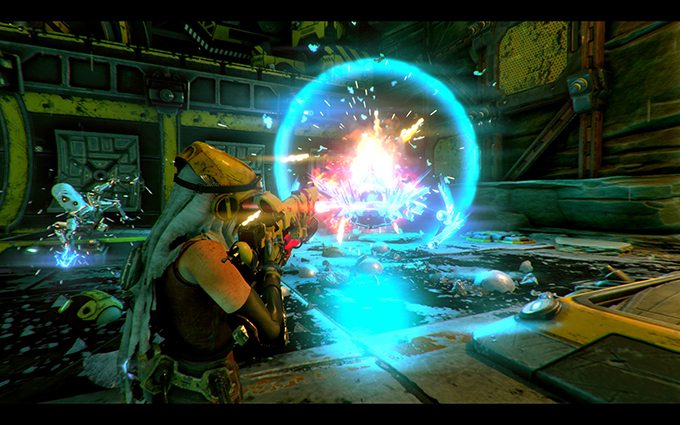 The sand dunes that look really horrifying in the 3D game are something that is the characteristic feature of the maps of the games. The way sand storms change the maps and sceneries are the real mastery of graphics and designs. The game really pushes the device to the limits and makes the best out of it. The game has a nice contrast of the sand dunes and the mega architectures being submerged. The attack of the aliens has transformed the whole earth into the sand dunes and broken buildings. The game is the definition of high-resolution gameplay.

The gameplay is the most impressive thing about the game. The game portrays a girl and the robot that is accompanying the girl in all her adventure. The gameplay of the game has some of the best features that will impress you. The game is in third person view that allows you to control the girl as well as the robot. The great feature of the robot to change the colors is a real thing to remember. The robot can change its colors according to the threat in front. The color will change its powers and defensive abilities. 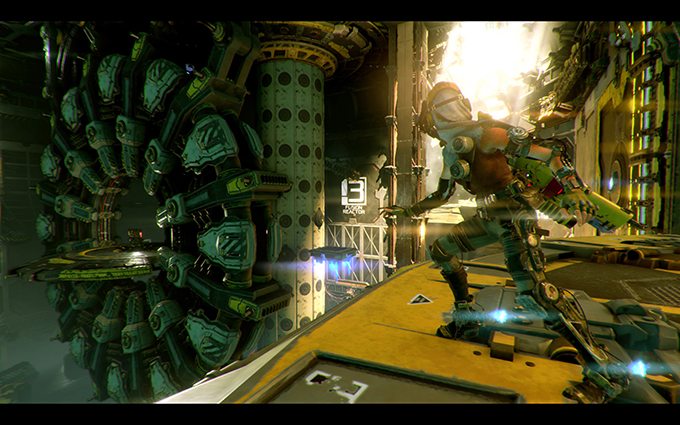 The best part of this color changing is that you can do it according to your own requirements. The gameplay has some real descriptions. The new ways of tackling the enemies and fighting the matches are real fun. You can have the complete details of the game by just looking at your screen. There are some of the best moves that the player can do to fight the enemies along with some of the best and cool ways to use the weapon and the robot. The gameplay becomes more interesting when the past gets merged in the modern era gaming and makes it the masterpiece.

You can hear whatever you are doing in the game. The game has some rich sound definitions that allow you to hear whatever is happening in the game. With your headphone on, you can feel like being physically present in the game and experiencing it all. The game allows you to hear the wind blowing, storm coming and even the footsteps that of you and anyone close to you. The clear sounds of weapons and tools make the game much more fun and real to life. You can enjoy the whole game with the best sound effects that will give you the feel of living the life of the girl and fighting her way against the enemies.