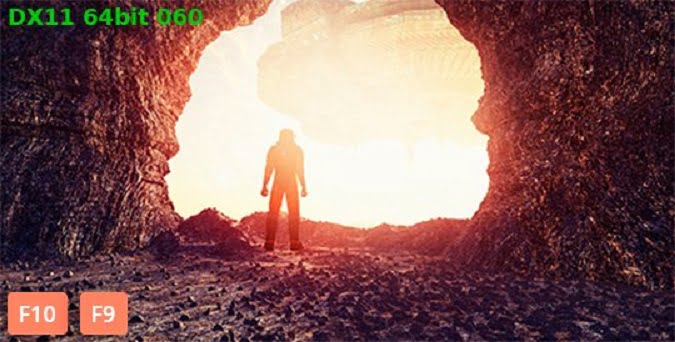 Record Your Amazing Feats with the Movavi Ultimate Game Recorder

Have you ever accomplished an amazing feat in a game you were playing, only to find that none of your friends take your word for it? Did you just defeat the Alien in Alien: Isolation or The Nameless King in Dark Souls 3 or Three Witches in The Witcher 3 from CD Projekt Red and wish there was a way to somehow record it? Well, now you can. Thanks to the Movavi Ultimate Game Recorder, recording your favorite video games is a breeze. Here, we are going to take a look at some of the features of Movavi Gecata and how you can use it to record PC games.

It doesn’t really get any simpler to record gameplay than this. Movavi Gecata allows users to record their favorite PC games by using the F10 key of their keyboard. Before you begin you have to configure the software and the video will start to record as soon as you tap the F10 key.

It wouldn’t be fun if you were to record an exciting PC video game you were playing without any sound. Movavi thought so too which is why they included an audio recording option in Gecata. In fact, Gecata allows 2-way audio capture, which basically means that you get to record the video game you are playing and include your own voiceover recording in real-time via a microphone. Users are able to download audio files separately, which will be encoded in the compressed AAC format. Not only that, users can also erase bloopers with relative ease, making this the software to have if you are interested in recording your gameplay.

The best part is, it only requires a one-click setup and you’re on your way to immortalizing your gaming skills. This is a great feature to have for those gamers who want to create their own YouTube channel or share it on Steam, or start a gaming blog/website like to give gameplay tips and tricks as they play.

Once you have recorded the video of your favorite PC video game, it’s time to share your experience with others, or just use the footage as proof of your amazing gamer skills. With Movavi Gecata, uploading the video you create is as easy as 1, 2, 3. In fact, once the software is installed and configured on your PC it can upload the video automatically. Once you have finished editing your files you can upload them after filling a simple form on the software.

One of the reasons why the Movavi Ultimate Game Recorder is the preferred option for many gamers who would like to record their favorite PC games or record themselves while they are playing is because it is extremely easy to use. All of the controls and features of the program are easy to understand and you should get the hang of it in no time.

Furthermore, unlike other similar software, Gecata is not as resource heavy. That’s because the software program only includes those features that you are going to actually use to capture your game footage.

Overall, Movavi Gecata offers all the features you would look for in a video game capturing software, and goes a step further by including clear screen filters and crystal-clear audio capturing capabilities.