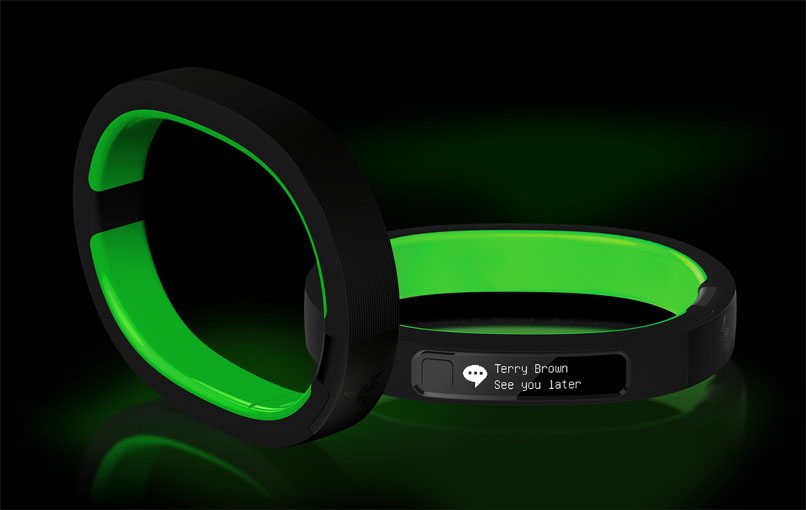 Razer, a world leader in connected devices and software for gamers, today announced that the Razer Nabu smartband will be available first in North America from December 2nd on RazerStore and subsequently select retailers.

The Razer Nabu is an award-winning wearable that was first introduced at the Consumer Electronic Show (CES) in January. The smartband won a “Best of CES” award as “People’s Choice,” besting a field of more than 40 finalists by earning 50 percent of the popular vote during the show. The innovative device delivers discreet notifications from smartphones, is a highly accurate fitness tracker, and stands as the world’s first social wearable by way of a unique band-to-band communication capability.

“The Razer Nabu has undergone extensive consumer and developer testing, all of which is providing feedback toward the final retail-ready device,” said Min-Liang Tan, co-founder and CEO, Razer. “This has ensured that with all the features polished—discreet notifications, fitness tracking, social capabilities and more—the Razer Nabu is a device that has something cool in-store for everyone.”

Since its announcement at CES, the Razer Nabu has had an eventful year: a Beta Program opened to Razer’s most hardcore fans, a Developer Program kickstarted with kits sent out to third-party app developers, partnerships announced with some of China’s largest brands, and Nabu’s integration to Apple’s iOS 8 Health app out of the box, to name a few newsworthy items.

Razer is also announcing today that as a way to give back to fans that supported the Razer Nabu’s development since its announcement at the start of the year, an early batch of 5000 Nabu units will be made available to them for pre-order via Insider, Razer’s newly launched community platform. For more information on the Nabu pre-order for Razer Insiders, please visit http://rzr.to/kbwWq

The Razer Nabu will be available in two sizes–small-medium and medium-large—and in four colors, including green, white, orange and black. Black will be the first color to launch with the others following later. The band is made from certified hypo-allergenic materials, is water resistant and has a battery life of up to seven days on a full charge.

The Razer Nabu is compatible with iPhone 5 and up, and Android 4.3+ smartphones, paired via Bluetooth® Low Energy.

To find out more about Razer Nabu, please visit www.razerzone.com/nabu.