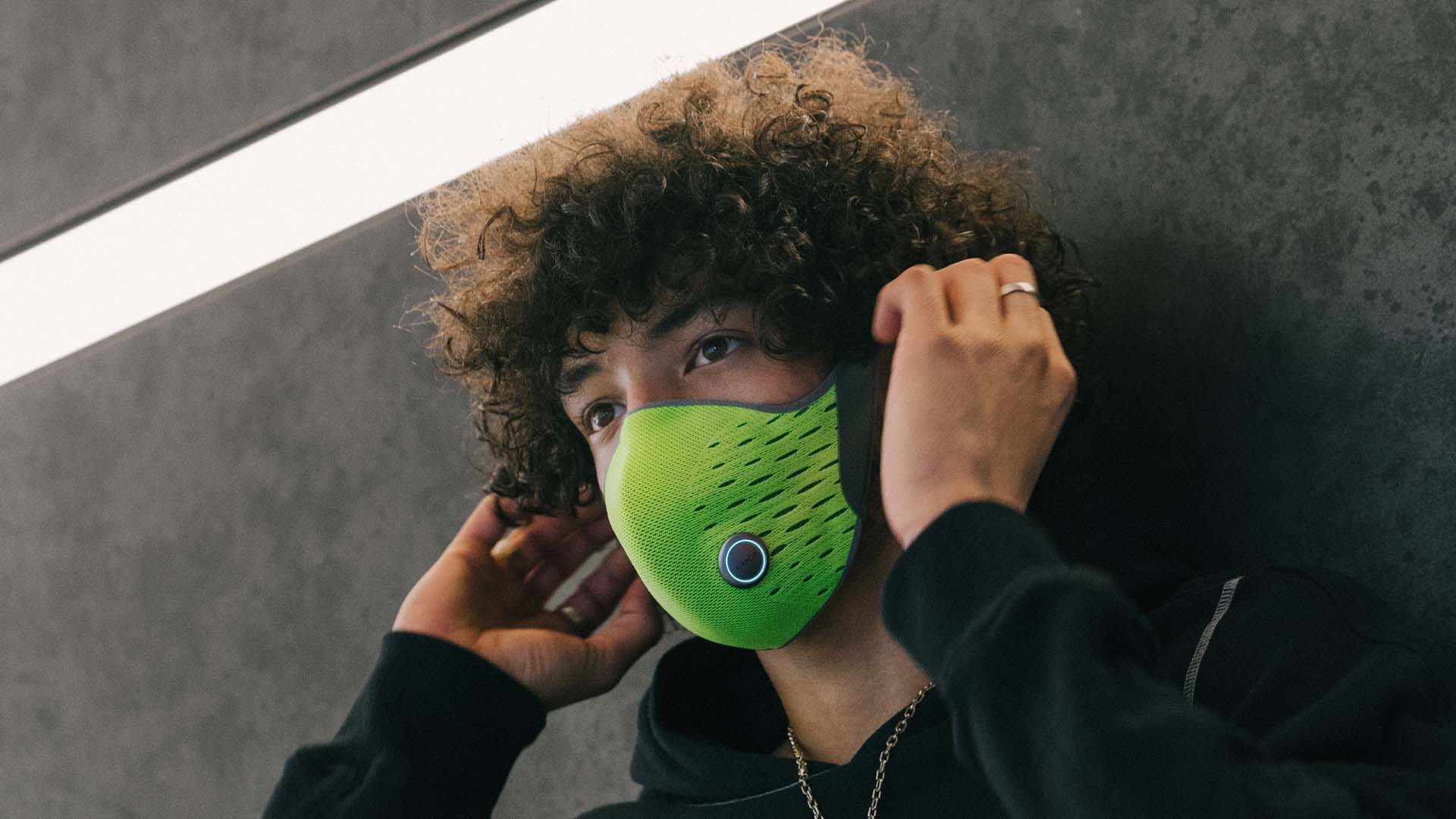 AirPop today announced the world’s first smart Air Wearable  – the Active+ Smart Mask with Halo sensor. Built to help wearers get a deeper understanding of their  respiratory health, the Halo sensor bridges the gap between outside air and internal respiration. With the  ability to capture breathing-related data, and correlate that information with real-time data about air quality  and location, the Halo sensor can accurately tell wearers when to replace their mask’s filter, and help  wearers unlock new biometric data that can be useful during everyday use and sports activities.

The AirPop Halo sensor – which is integrated into the AirPop Active+ Smart Mask – works in tandem with  the AirPop app, which uses data collected by the sensor to give a visual overview of the wearer’s  breathing behavior, breathing cycles, and even the pollutants that the mask has blocked during use. The  Halo can also be used in Active Mode, which tracks metrics like breaths per minute, breaths per pace,  and more – all of which can be seen straight from the Activity tab in the app.

Because the sensor tracks the wearer’s breathing, the app can also notify the user when it’s time to  replace AirPop’s snap-in filters, which block >99% PM0.3, including dust, allergens, particulate matter and  microbial particles. Each of the four supplied AirPop filters come with a unique QR code that can be  scanned by the AirPop app when it’s installed. This not only registers that a new filter has been inserted,  but it also helps users ensure that they have a legitimate AirPop filter.

“We are incredibly excited to launch the Active+ Smart Mask with Halo sensor. This product embodies the  AirPop mission – to help people better understand and take control of their respiratory health through a  human-centered approach to design, science and technology,” said Chris Hosmer, Founder, AirPop. “I  was inspired to start AirPop in 2015 because my daughter suffered a series of acute respiratory reactions  to noxious air years earlier and the experience of feeling under informed and feeling helpless stayed with  me. Since then, we have innovated a full range of adult and kids products for both high-performance and  day-to-day use alike.”

The Halo sensor connects to your Android or iOS device through Bluetooth, and the coin-cell battery lasts  six months before needing to be replaced. The AirPop app also supports sharing data via Apple  HealthKit, and allows users to see their breathing data alongside other previously-collected health data.

The Halo sensor comes with an AirPop Active+ Smart Mask, which is designed for incredible on-the-go  protection. The AirPop Active+ is washable, and is built with a 360 degree sealing, medical-grade soft  touch membrane. And, thanks to the 3D dome structure, the filter core is kept off the wearer’s face for  improved breathability and comfort.