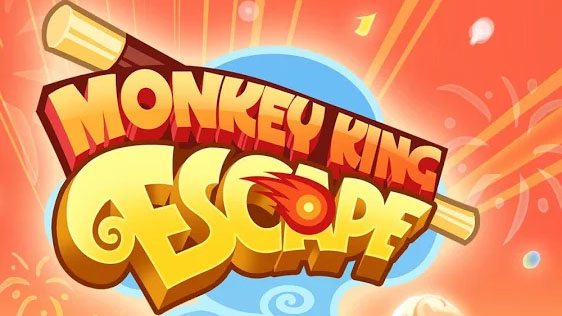 Ubisoft has announced the release of Monkey King Escape, a brand new game inspired by the famous Chinese legend of the Monkey King. Developed exclusively for the Chinese market by a small team of twenty talented developers at Ubisoft Chengdu, Monkey King Escape was a huge success when it was released for Android on 21st August 2014. The game is available in two hundred Android stores in China, and has already been downloaded 2 million times. Monkey King Escape, a free-to-play ‘endless running’ game is now available on the App Store and Google Play.

The Legend of the Monkey King, an immortal monkey born from the coupling of Heaven and the Earth

The hero of a book by Wu Cheng’en called “Journey To The West”, the Monkey King was one of the protectors of the monk Sanzang during his trip to India to return the sacred writings of Buddha to China. The “King of Monkeys” or “Monkey King” is one the most famous characters in Chinese literature and an emblematic figure of local culture. Modern Asian and Chinese pop culture contains many references to the Monkey King, including Dragon Ball Z and the eponymous high-budget movie adaptation released in China on 31st January 2014.

“In China, the Monkey King is on the same level as a superhero, bursting with positive energy, and lots of children grow up reading about his adventures,” said Chen Yi Feng, producer at Ubisoft Chengdu. “We’re proud to bring this popular hero and his adventures to a wider public.”

To launch the game as successfully as possible in such a vast territory as China, Ubisoft Chengdu joined forces with Idreamsky, China’s biggest independent mobile game publisher. Idreamsky lent its expertise to support the studio during the game’s development, making sure it would meet the expectations of Chinese players, and prepared a large-scale marketing plan to support the game’s release on iOS (organising events on Chinese university campuses, online promotion, etc.)

“Monkey King Escape is the perfect illustration of our desire to offer an ever-growing cross-section of players a varied game experience. We’ve created a new brand for mobile terminals, inspired by a popular local legend, aimed at the Chinese market”, said Jean-Michel Detoc, Manager of Ubisoft’s Mobile Division. “We’re really proud, because this is the first time that Ubisoft has created a game specifically for the Chinese market, with release in just in that territory before worldwide rollout a few months later.”

Batman Revealed As Free Hero in Arena of Valor

Monkey King Escape, an ‘endless running’ game based in the mythical world of the Chinese novel

The game’s unique setting and visual atmosphere, reflecting the traditional art of the fable, will plunge players in the world of the Monkey King. Monkey King Escape allows players to run, fly and jump through fascinating, colourful environments. To offer a brand new experience in the runner genre, the teams at Ubisoft Chengdu have added innovative features such as QTE (quick time events) when fighting bosses in rapid combat scenes, and a system whereby the hero can change into an animal and use its special powers to increase their skills. For example, rabbits are the symbol of prosperity in Chinese culture – changing into a rabbit in the game allows players to multiply their earnings. The developers were also careful to create a universe and story that remain faithful to the legend, adding supporting characters with special powers.