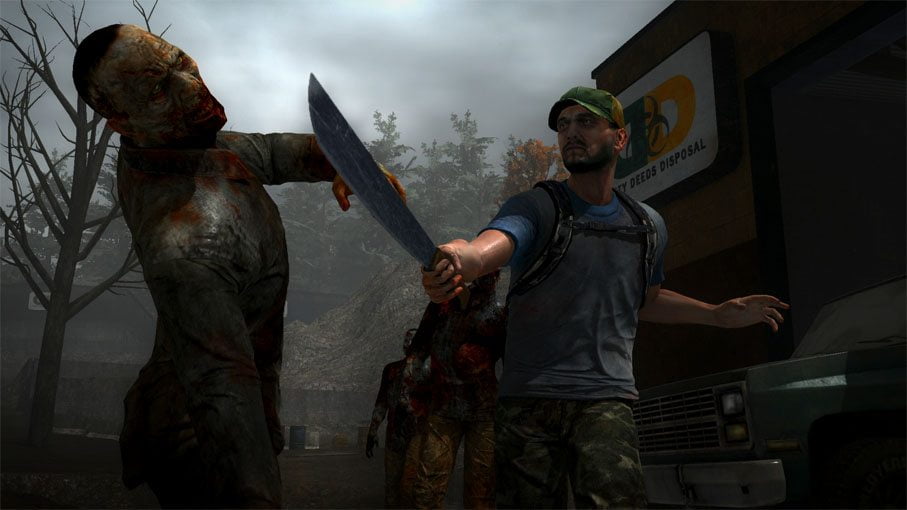 Today,  Sony Online Entertainment LLC (SOE) announced that the  H1Z1 virus has spread beyond SOE labs and is now available on PC to all survivors worldwide through Steam’s Early Access program starting at $19.99 USD. SOE advises players to start strategizing for survival, though it remains unclear if banding together or fighting against one another will improve their chances of surviving.

“We’re excited to launch H1Z1 into its Early Access Alpha,” said John Smedley, President, Sony Online Entertainment. “H1Z1 puts players into a post-apocalyptic zombie survival role — it triggers those primal fight-or-flight survival instincts. Since we first announced this game, we’ve been developing it side-by-side with our players, gathering feedback through platforms like Reddit and Twitch. Now, players can finally join us in game and really make an impact as we continue to perfect gameplay elements during Early Access. We’re eager to see how the players react and how H1Z1 evolves.”

Set in a post-apocalyptic world,  H1Z1 is a zombie survival MMO where players must use their wits and skills, as well as strategically align with friends and fight-off enemies to survive the worldwide infection. A game truly about survival, players will have to overcome environmental elements such as starvation, weather and animals, hordes of zombies, and other hostile players if they want to live. To increase their chances of survival, players will need to be creative with materials found in the world and utilize the game’s expansive crafting system to construct weapons, buildings and more.

To accommodate a variety of playstyles, players have access to multiple ruleset servers in  H1Z1 that can be mixed and matched, including: Player vs Player, Player vs. Environment, Head Shots Only, Hardcore and First-Person Only. Additionally, private servers will be tested throughout Early Access, giving players the power to create their own rulesets and community. Though the program will gradually expand, initially private servers will be invite-only to ensure adequate time for testing and refinements.

SOE has also partnered with the creator of PLAYERUNKNOWN’s Battle Royale, Brendan Greene, to license the extreme survival mod for a dedicated Battle Royale server in  H1Z1. Offering a unique gameplay experience, Battle Royale plunges players into a bloody last man standing game-mode, where the only goal is to survive to the end.

“I was blown away when John Smedley at SOE contacted me about Battle Royale,” said Brendan Greene (aka PLAYERUNKNOWN), the creator of Battle Royale.  “SOE could have made their own game mod, but instead reached out to the community. Partnering with SOE on H1Z1 was the best holiday gift I could have imagined, and I can’t wait to jump in and play.”

Players will be granted access to the Battle Royale server through Event Tickets, which can be purchased or earned through gameplay.

At Early Access, players can expect to see initial iterations of crafting, base building, combat, vehicles, circle-of-death, day / night cycle, weather, player vitals, hunting & forging, and, of course, Zombies, in the game.  H1Z1 will continue to grow and evolve throughout development. More information about what to expect in Early Access can be found here:  https://www.h1z1.com/dev-updates/h1z1-what-you-can-expect-in-early-access.

H1Z1 survivors will have two Early Access options to choose from — Standard or Premium:

Players that want to be part of the development process are encouraged to actively provide feedback on design choices and upcoming features through H1Z1‘s official Reddit page, http://www.reddit.com/r/h1z1/ or forums: https://forums.station.sony.com/h1z1/index.php.