People are really getting bored day by day. The cycle of life has become something else with the time. It does not matter really if you are a student or a working person, I am sure you can feel the same way. Once there were time for us to play, but now we are so busy with our life and work that we do not get much time to play. The field plays have taken place now in the shelf and even then students are having to face a tight schedule and I am sure most of them do not really include any kind of play schedules. Computer gaming could be another reason for that. But let me clear one thing, I am not against the computer gaming. I am pretty much happy that at least people are playing games on a daily basis.

Well, to be frank I am actually a gaming freak. I play every type of game. Sports, adventure, shooting game, basically whatever category you can name, I have played it all. I used to play on PCs first and now with a bit of saving I have moved on to Play station and Xbox gaming. But the craze of gaming has never left me. Even though I am working in the IT sector, I find time to sharpen my skills everyday on the gaming portals. And I think being in the IT sector helps me get accustomed with the changes that the gaming worlds are having these days.

There have been a lot of changes in the gaming. The games are now using VR technologies. Where you can not only play but can get the feeling that you are actually there in the game. And with my recent visit to an Expo in Canada, I can tell you one thing that is an awesome experience. I hope you did not miss that buffet of gaming collection. Wait! What? You missed it? Oops! Do not worry, I will get you through that awesome experience and I hope you will enjoy every bit of it like I did. 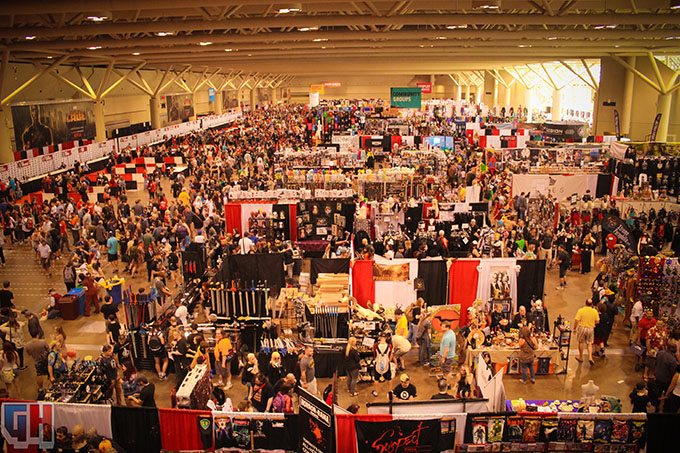 The Fan Expo was set to start from 1st sep and me and my friends had 4 days to enjoy the event. We make sure that we collect the event schedule before and fortunately we could find the schedule. Once we had the schedule, we first checked out with the main schedule. The schedule looked really an interesting one. We find out that they were set to host 5 different categories: the anime, Comics, Fantasy & Scifi Horror and of course the Gaming. We checked out the main attractions and the guest list. Well, names of the guests were really alluring. I am sure that every person who came in that Expo was really excited to meet their favorite stars and get an autograph of them.

So, on the very day, the event started and we went there knowing that something amazing must be waiting for us. And boy-o-boy, were we surprised! If you ask me to choose one word from the dictionary, I would say WOW! The setup was exquisite, the environment even better. As we passed through various stalls and stores we could see the models of favorite characters out of the movies and the books were there; standing like they are real and ready to start one grand action movie or an event. I can’t really describe my amusingness; people were taking selfies with the models kept there, clicking photos with their favorite characters, it was like dream come true for them.

We could see the guests from the sci-fi genres interacting with their fans. There were people from every single movie or shows you can think of, like Game of thrones, Back to the Future, Doctor Who. Well, almost everyone if not every single actor and actress were present there. I could see the fans taking photographs of them, with them and the autographs of course. After all, you do not let go of them that easily. 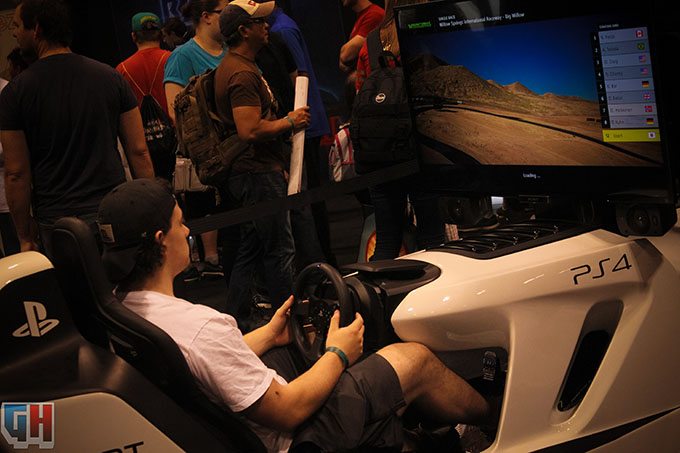 All these were really something I could ignore, but then again not only me, but my friends too were really a freak of computer gaming. So, we had to move on to the gaming section eventually. And then we saw the beast. The event organizers have planned it very well for the gaming lovers. They have settled the stores of different gaming hubs and companies in such ways that it looked like a giant beast with hundreds of mouth only in this case we were fed through them. The stores were well organized and with the proper map, we found out our favorite stalls very easily.

We first went to the Play Station. This time they were featuring the VR gaming. They had built quite a few stalls and they were accommodating people to play the VR games first hand. They also set up driving zones where gamers could play the Gran Turismo Sport.

EB games also were there with the best of their gaming deals. They put the Funko Pop on sale and they let their visitors play the God Eater 2 and Dragon Ball Z Xenoverse 2. Apart from these they also arranged a signup option for the visitors. And they had a platinum membership on offer, which had loads of facilities for you to enjoy throughout the next one year. 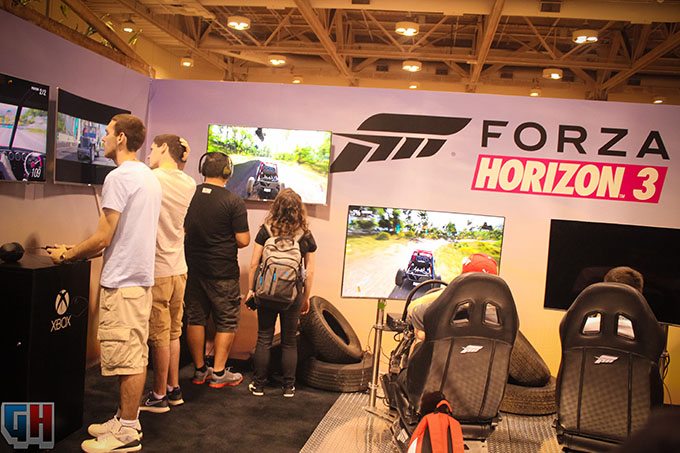 Then we went on to visit the stall of Xbox. Certainly they entertained us with the games like Forza Horizon 3, Dead Rising 4, Gears of War 4, ReCore and Halo Wars 2.

After roaming around for some time in few other stalls we found the Ubisoft booth. Their stall really amazed me to the fullest. You all must have heard that a game named For Honor is set to release on 2017. What they did is, they offered an opportunity to the visitors to play the game and experience the amazing game-play and graphics effects. We too got our chance to play the game and enjoyed a lot for sure but what I noticed is that, not only the visitors who played the game but also people passing by were enjoying the graphics and the game play of course. We got the chance to play the Steep as well. They had a schedule for demo for the Watch Dogs 2 but that was not open to all. When we visited that closed door demo, we met 2 people who were there to demonstrate the game. The person who was talking about the game was from the Toronto and the person who took us through the game was from Montreal. One of them was a developer and the other was the designer. They also made sure that people could buy their choice of game in the Workshop and believe me when I say, it was very tough to choose from the lot.

Apart from these specific games and demos, there were game libraries that had more than 200 games at your disposal. Board games like Risk, Monopoly, Dixit, Dominion were available there. Basically, every type of boards games were there and all you needed to do is, pick a game and an opponent and start playing. 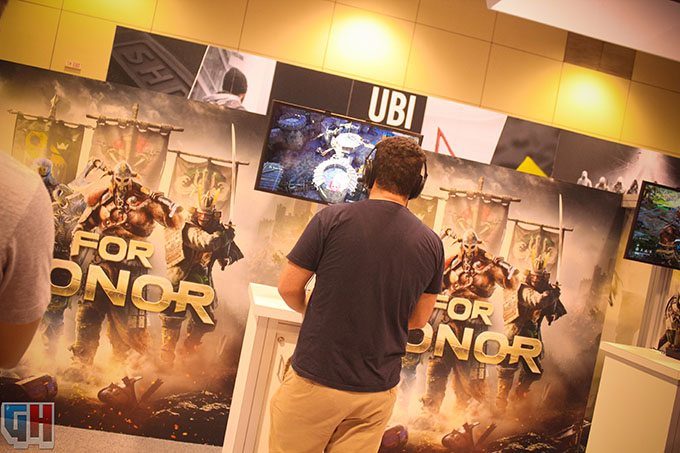 Even though gaming is an activity that you would like to take part in every bit of it but it is not really bad to watch the best teams in the world battle it out in the Counter Strike Arena. Normally when people play CS, it is normal that people would appreciate the skills of the players playing but the kind of skills those players had is just beyond explanation.

Even though we have no choice but to watch the game as the participation was strictly amongst the professional teams, but we along with a huge crowd enjoyed every match that we saw and everyone was supporting one team or the other. That built a nice atmosphere for the players as well.

After going through all these excitement of the gaming part we concentrated a bit over the rest of event and we were really surprised to see the arrangements that the organizers made for the fans. First of all the guests; be it for the sci-fi or the horror genre, every single category had their own guests and you have missed it really badly if you were not able to attend the Expo. 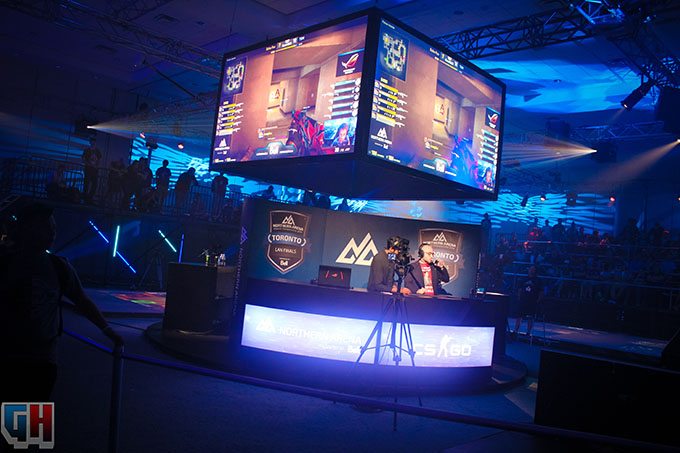 If I start with the guest list, the name will take few pages to conclude the list. So, I will not do that. Instead I will name some of them whose presence meant the most to the visitors. Starting from the Game of Thrones, Back to the Future, the X-Files, various characters were present their and they were happy to provide the autographs to their fans. Oh I almost forgot, there were people from the Doctor Who as well. So, yes fans enjoyed a lot with their favorite characters but this time it was real. Like the Doctor Who, another Sci-fi group of guests felt the heat of their fans: the Star trek.

Well, not only in the stalls of the sci-fi and horror, we could find a list of gaming guests as well. People were eagerly waiting for the guests of the gaming. We too had to wait for a long time and then they showed up and boy-o-boy were we happy. Happy isn’t the word that would describe our joy. Everyone was happy was ready to meet their heroes after a long wait. We got our opportunity to get their autograph and also we could ask them a few questions to which they answered very much gleefully.

Well, after all these actions, we were really tired and decided to call it a day. We came out of the event area and came back to our houses. The next day we had a plan to watch the tournaments and also try out few of the games that we could not try out yesterday due to either long line or time.

Though, it might sound a bit odd and you might think us as really freaks, but we visited the Expo all 4 days and we certainly enjoyed every bit of it. With more live action gaming and higher levels of competition, the gaming arena was as good as it can be. 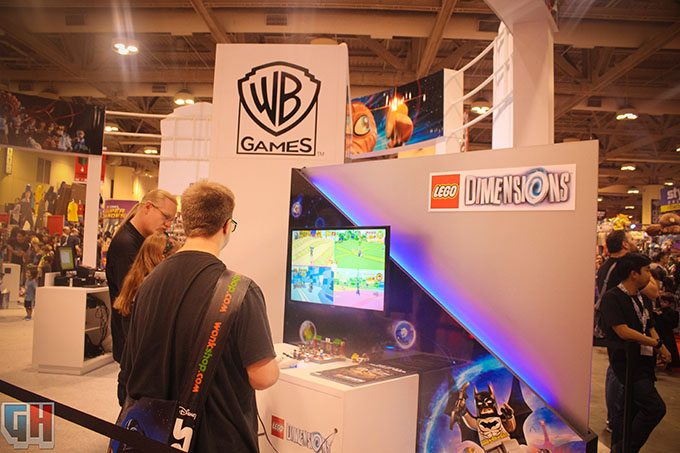 You must be thinking that, I am surely a fool to waste that much time in that event. But trust me, if you are one of those, who can do anything to play games on PC or other platforms, you will do the same. After all you do not get your hands on that huge game library every day.

You can say or think whatever you like but I will tell you one thing only, the next time the Expo starts round the corner where you live, pay a visit to them. Do not even bother to play the games, instead just watch the amount of skills on display and witness the craziness that a gamer has about a particular game. So, be it right or wrong, to enjoy the ultimate gaming you must visit the next Fan Expo. I can imagine what kind of gaming equipments and games that will be in the display. Apart from brilliant game plays what you will get to experience is the high quality and detailed graphics. SO, what are you waiting for? Get your gears ready and find our your time to battle it out with the other players online.