Contents hide
Major Attractions and Some of the Activities at Fan Expo Canada 2018:
TAKE PHOTOS WITH CELEBRITIES
SNEAK PEAK INTO THE BACK TO THE FUTURE DELOREAN TIME MACHINE
501ST LEGION: CANADIAN GARRISON
ENDLESS FUN ACTIVITIES
HARRY POTTER THEMED ESCAPE ROOMS
D&D ADVENTURERS LEAGUE EVENT
Since being an avid gamer myself, I had focus more on the gaming aspect on the 4th day of the event. My day four started with the D&D Adventurers League. It is one of the popular official campaign organized for Dungeons & Dragons. The rules followed there were mostly on the fifth edition of the D&D rules while the setting used is probably the Forgotten Realms. The event took place at room 703, wherein we were allowed to create our own D&D character.
DOCTOR WHO
EXCLUSIVE COLLECTIBLES

Fan Expo Canada is one of the largest pop culture events in Toronto every year. This year, the event ran from August 30- September 2 at the Metro Toronto Convention Centre. Similar to the Comic Con event, attending the Fan expo event is an exciting aspect for many fans. The event was attended by fans from various genres including sci-fi, movies, video games, cosplay, pop culture and so on. Most importantly, you can witness new product launches, interview with artists, autograph sessions and fun-filled fan-interaction events with celebrity guests, cosplayers and a lot more. 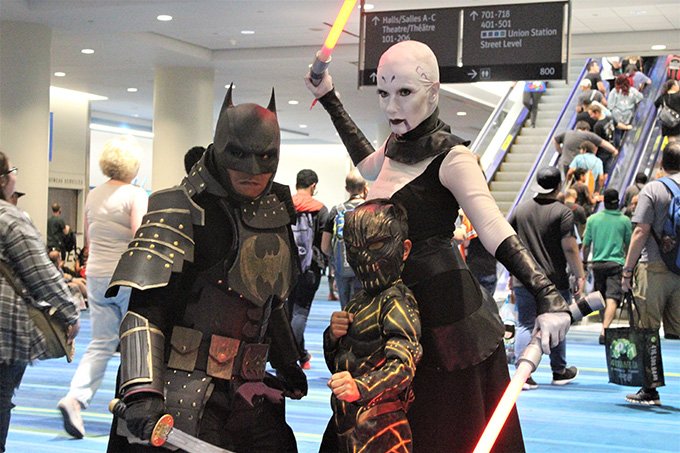 The event was a great success in terms of huge attendance of excited fans on the 4-day event. The expo also witnessed the presence of some celebrity guests like Gillian Anderson from X-Files Series, Mark Hamill from Star Wars and the ever popular Stan Lee, creator of Marvel Comics. Even though Lee is around 93 years old, we could see his enthusiasm to participate in one of the most popular events. We could also witness fans dressed in colorful attire to express their gratitude and love to this annual event. 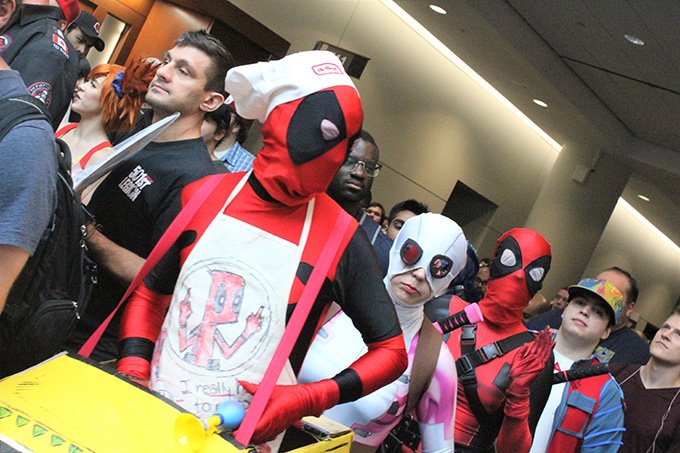 The major attraction at the Fan Expo has always been the cosplayers and it is no different this year. You could see people wearing all kinds of costumes. Right from customized home-made costumes along with people mimicking their favorite video game characters, horror and fantasy characters. It was real fun watching the cosplayers roam around the expo in their weird costumes. The tickets got sold out quickly. We had witness many fans sadly waiting outside without getting hold of the tickets. Such was the craze for the anime expo Toronto this year that the Metro Convention Center is packed with fans. Whether you’re trying out your hand in a new video game trial, you need to stand in a long queue. 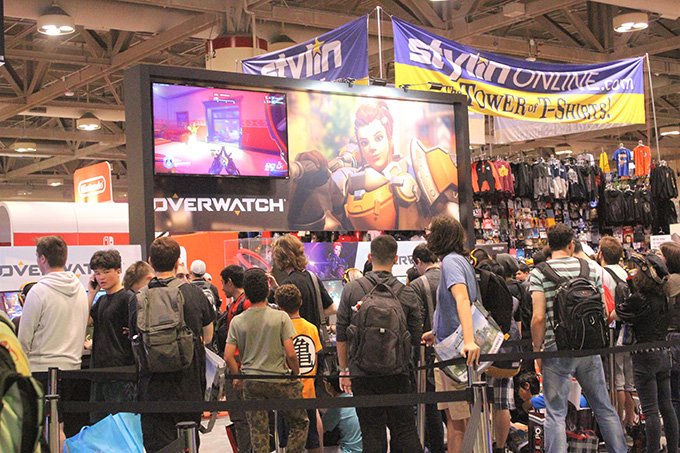 The expo attracts around 140,000 attendees every year. Hence, 2018 was no surprise as you can complete immersion into a lot of things attending the Fan Expo Canada. You will have a chance to meet your favorite stars up-close. Also, you can enjoy some great performances from cosplayers displaying their acting skills by enacting their loved movie and video game characters. 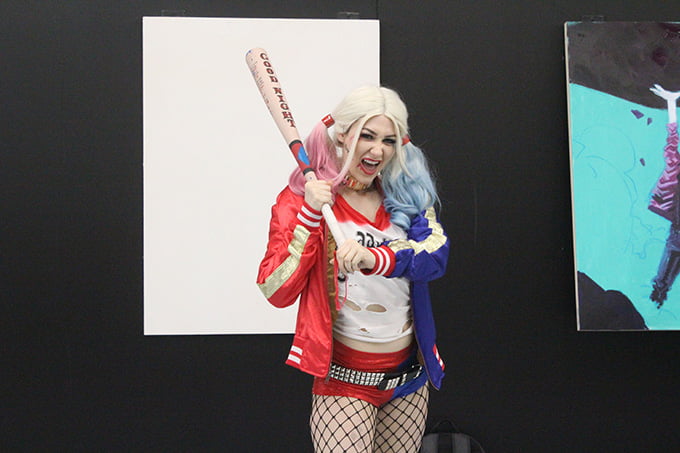 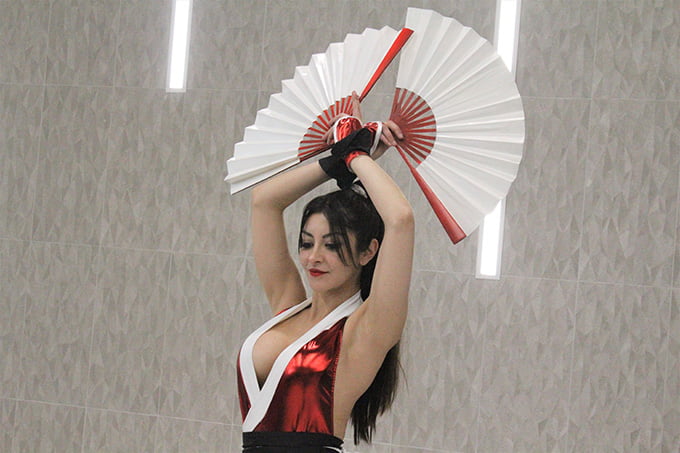 Major Attractions and Some of the Activities at Fan Expo Canada 2018:

One of the most exciting events at the Fan Expo Canada 2018 was the celebrity photo session. I’ve witnessed huge fans patiently waiting to have a a glimpse of their favorite hero. They are also queueing up for a chance to take a photo with them. What’s more, the photos are taken by some of the top most celebrity photographers in the business.

SNEAK PEAK INTO THE BACK TO THE FUTURE DELOREAN TIME MACHINE

I have witnessed people crowding beside some kind of space machine. Up-close, it was stunning to see that it was the Delorean time machine from the Back to the Future movies. I couldn’t believe myself taking a photo near the all-time popular movie car and time machine. It was a nice gesture of the people to proceed the benefits to the Michael J. Fox Foundation for Parkinson’s Research. There was also a fan interaction meetup with the cast of the Back to the Future team. This includes Christopher Lloyd, Lea Thompson, Tom Wilson and the popular and ever-youthful Michael J. Fox.

Fan Expo Canada is not complete without mentioning the 501st legion – Canadian Garrison. It was one of the largest club of cosplay fans. It has around 10,000 members who represent the Galactic Empire of the popular Star Wars Series. The fan club is also popular for its lot of charity works and promotions including raising money for Make-a-Wish organization. The 501st legion entered the event with a large team of around 50 plus Galactic team members. It was always a treat to watch the Galactic Empire team parade around the Fan Expo Canada 2018.

Enter Fan Expo Canada and you will never have a boring or dull moment. The activities were so enjoyable and it was definitely unforgettable!  The event certainly fulfilled the needs of everyone including family, kids, gamers, comic fans etc. Another thing is you can suddenly bump into your favorite TV star or enjoy fun-filled interactions with celebrity guests. 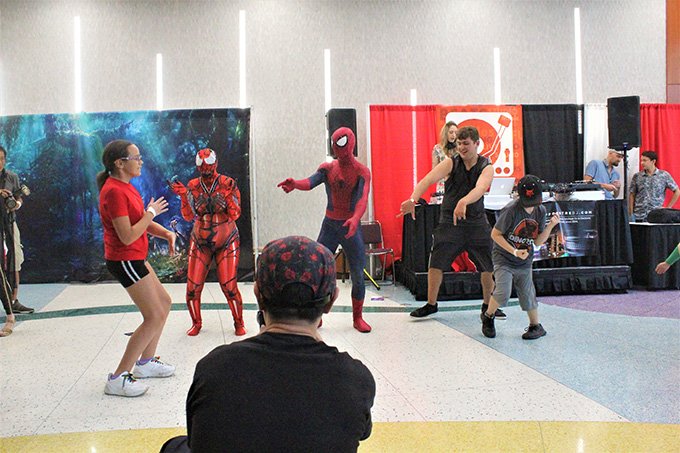 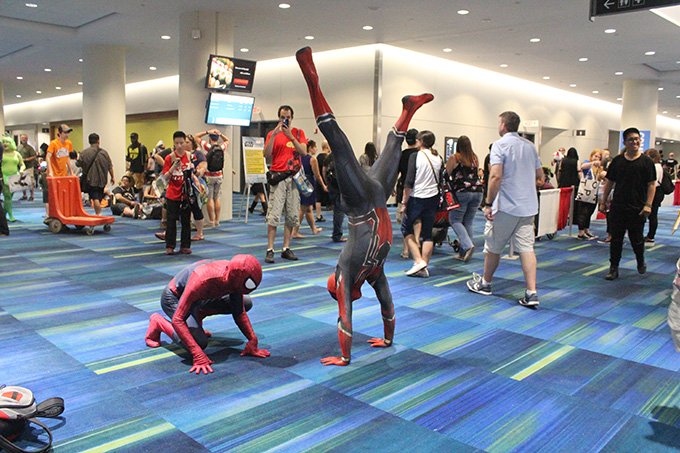 If you’re a fan of escape-room-games, then Harry Potter themed escape rooms were a big attraction for Harry Potter fans. It has provided the fans a chance to enter into the magical world of Harry Potter. There’s also a lot of challenges for fans to crack the code to escape the room. And certainly because I was lucky enough, I had escaped from the mysterious vault placed in the Wizarding bank.

Since being an avid gamer myself, I had focus more on the gaming aspect on the 4th day of the event. My day four started with the D&D Adventurers League. It is one of the popular official campaign organized for Dungeons & Dragons. The rules followed there were mostly on the fifth edition of the D&D rules while the setting used is probably the Forgotten Realms. The event took place at room 703, wherein we were allowed to create our own D&D character.

Another exciting event that amazed the fans at the anime expo toronto was the Doctor Who Lounge. There were around 5 escape rooms each featuring a different kind of experience. You need to solve a lot of puzzles inside and find the key to escape the room. There, you could find various clues and hints hidden inside the room which will help you complete the task quickly. It was really a fun-filled experience that every Doctor Who fan would love for.

Fan Expo is also a place for fans to collect some of their favorite collectibles. There were a lot of collectibles available at the Expo Store.

The 4-day event was very exciting and I was so lucky to finally see a lot of my favorite stars. I can’t wait ’till next year to finally experience the expo again! 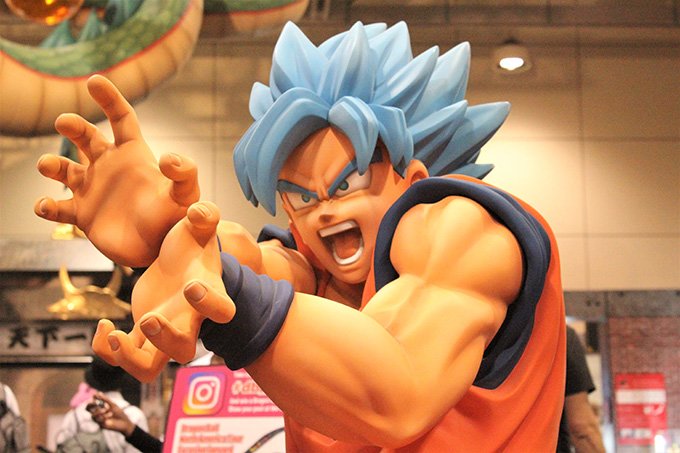 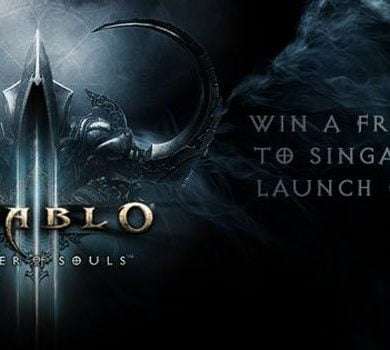 Join the Reaper of Souls Launch in Singapore