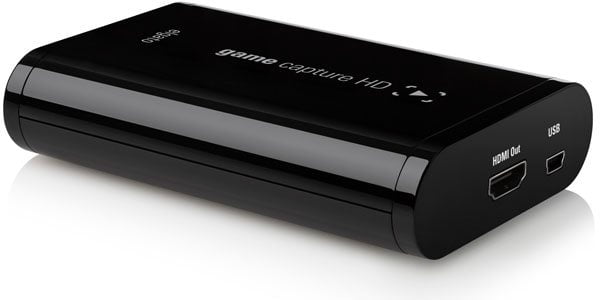 Elgato today announced a new live streaming feature for Elgato Game Capture HD that makes broadcasting gameplay on Twitch easier than ever. With one click, gamers can start entertaining their audience in real-time, while simultaneously capturing their gameplay for sharing on Youtube. What’s more, Elgato Game Capture HD users can now add audio commentaries to their videos and live streams, using any microphone connected to their PC or Mac.

The Elgato Game Capture HD 1.2 software update is available as a free download at http://gamecapture.com for PC and Mac.

One-click streaming to Twitch
“We’re thrilled to finally release one of most frequently requested features for Elgato Game Capture HD,” said Adam Steinberg, Vice President of Marketing at Elgato. “Twitch integration takes Elgato Game Capture HD to the next level, making it the most powerful, full-featured game recorder today.” The new Elgato Game Capture HD software also improves hardware support by adding a capturing preset for the Wii U, an option to hook up retro consoles, and a cropping function to remove black bars when capturing from iPad or iPhone.

Tailored to gamers
Elgato Game Capture HD uses H.264 hardware encoding to record high definition gameplay from Xbox 360 or PlayStation 3 in HD quality at up to 30 Mbit per second. At the same time, gameplay is passed through to the TV via HDMI with no delay. Elgato Game Capture HD doesn’t need a lot of cables or even a power supply – the hardware connects directly to the Xbox 360 or PlayStation 3 using a single cable. Thanks to the unique Flashback Recording feature, Elgato Game Capture HD remembers the gameplay that has preceded it, even if the record button wasn’t pressed. Gamers can simply go back to the start of the scene they want to record and begin recording retroactively.
What’s more, Elgato Game Capture HD allows for social interaction and sharing: With just a single click, live gameplay can be streamed to Twitch, or recorded for sharing with friends and fans on YouTube, Facebook or Twitter. It’s even possible to trim gameplay videos for later editing using a video-editing program.