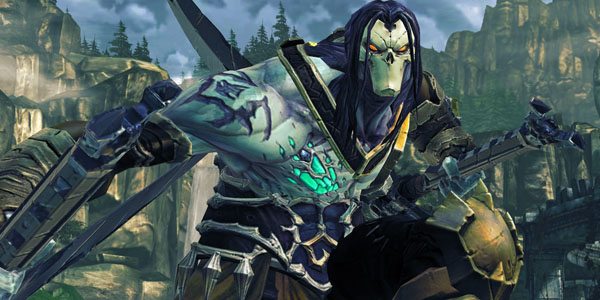 The Darksiders® II Season Pass will entitle customers who pre-order the game via the shopTHQ to download the 2nd and 3rd DLC packs when they become available at no cost. All pre-orders will also automatically be upgraded to the Limited Edition version of the game which includes the first DLC drop, Argul’s Tomb. These DLC packs will include significant new single player content. The first drop, Argul’s Tomb, will become available roughly one month after the game ships.

On top of the DLC content packs users who pre-order via the shopTHQ will also receive a code to unlock the exclusive Maker’s Armor and Scythe set. Featuring upgraded stats and a unique design this will help players make a start on Death’s quest.

Jim Huntley, Vice President of Global Brand Marketing, commented: “We are excited to be able to reward customers who pre-order the game via shopTHQ with this great incentive. Not only will they get a unique armor set at launch, but they will also get significant free content for months to come.”

Darksiders II follows the exploits of DEATH, one of the four horsemen of the Apocalypse, in an action-packed tale that runs parallel to the events in the original Darksiders game. This epic journey propels DEATH through various light and dark realms as he tries to redeem his brother WAR, the horseman blamed for prematurely starting the Apocalypse in Darksiders.

To pre-order the game, go to shop.THQ.com

Darksiders II is scheduled to be available for console and PC in August 2012, a WiiU version is scheduled for release in the launch window. For more information check www.Darksiders.com .