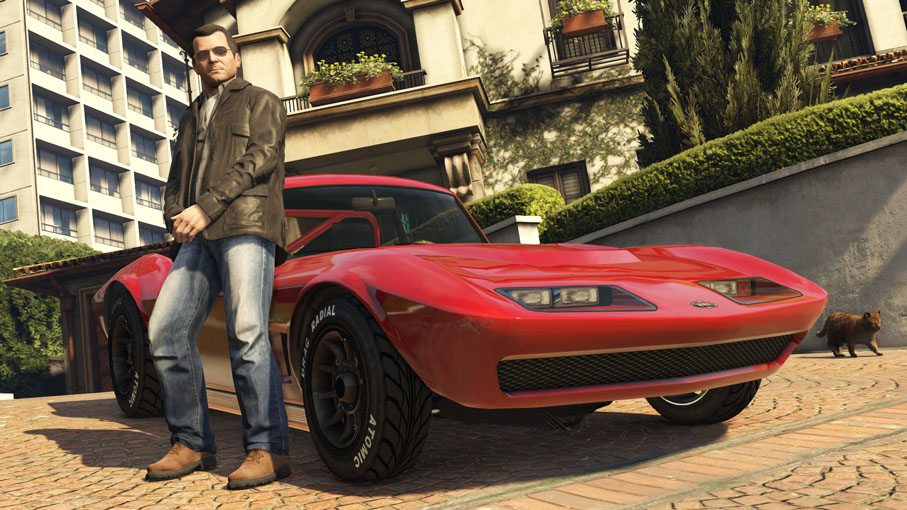 One of the best games that had made a lasting mark is still alive, running and packed with more action and stunning detail. In September 2013 Rockstar Games released GTA V on PS3, a game that added a new persona to the GTA series, which is the online multiplayer mode and graphic quality. More than a year after the game was released on the last-gen, Rockstar released a more refined version per se, GTA V on PS4. Without further ado this is our Grand Theft Auto V PS4 review. 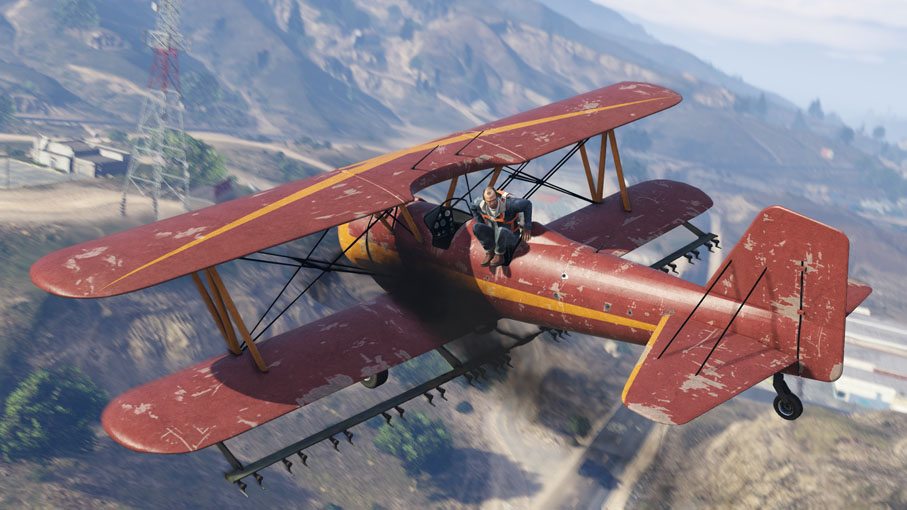 The visuals and interface of the PS3 version was great but the visuals and interface of the latter version is simply awesome. The Next Gen version displays amazing realistic effects and an incredibly detailed version of its predecessor. One of the noticeable changes is the texture. Rather than looking somewhat like cardboard cut outs on some angles, plants and trees appear more vibrant and alive, with more visible intricacy in itself that gives a more defining look at the game. The walls, grass, cars and other everyday things have been given amazing texture that gives the feeling of utmost realism. Shadow effects have been improved drastically throughout the game.

Rockstar really remedied its stinginess in shadow effects in the newer version. Not only the shadows, but lighting was also improved to a far greater extent, giving the game a more definitive night and day cycle; not to mention the wild life that has been added to the surroundings. A significant number of breeds of domesticated animals like dogs and cats have also been added, and even marine life like dolphins, stingrays and varieties of sharks are all new additions. Also, the effects and weather have been stunningly awesome. 1080p resolution and 30 fps ties it all up.

The result is a sharper or rather a more real environment. Who could ignore the tremendous improvement that the interface exemplifies, that gravitatingly brings a new feel for the game. The overall innovation in visuals makes the PS3 version seem like a rough sketch to the refined visuals of the PS4 version. 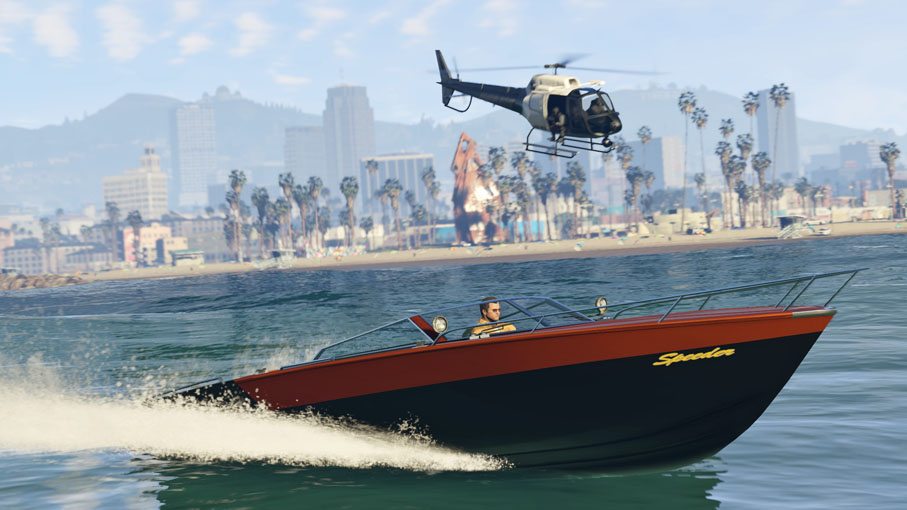 Not much really changed in the storyline. It’s pretty much the same thing. But the reason why the gameplay is so awesome in this game is that it adds interactiveness to Los Santos. While I was driving along some highways in Los Santos, It rained and suddenly, puddles of water started to form on the road. I said no biggie, it’s just for aesthetics, nothing more than a design the developers added. But suddenly, driving got really hard as I drove onto the puddles and eventually, I crashed. Listen guys; GTA V PS4 brings life to everyday objects. Not only that, I noticed the roads were getting filled with cars and shows more humanlike behaviors. Rockstar Games even added wild life photography to the game scene. Now, you could take a picture of deers in the forest of Los Santos.

But the most innovative feature that the game developers added was the first person shooter view. It really brings out the feel of whacking someone on the street. This feature really hit me hard and impressed me. I said Grand Theft Auto V has it all! What more could you ask for. It is like Call of duty on steroids. So I tried everything in first person shooter view. Whacking someone on the streets really feels like you’re having a fight with someone in real life. It gives a more vivid feel that sends a sense of connection with the game itself. 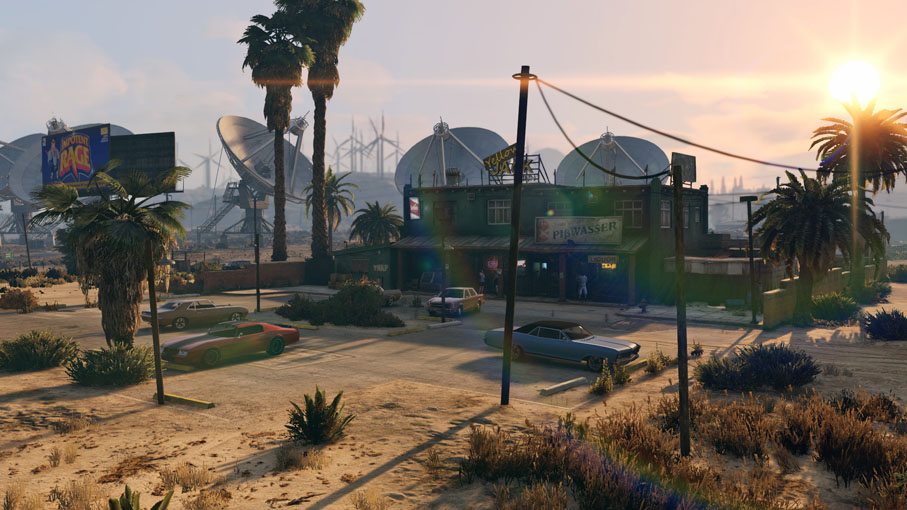 Driving was really the hard part with the said mode. As I said, puddles of water form when the weather of Los Santos goes haywire. So as I was driving on first person shooter view, I slipped when I hit one of the puddles of water and I ran over an old woman. I’m telling you, it felt so real. Sometimes, you’d even feel guilty when you kill someone in first person.

Another thing that I tried was hitting another vehicle. Things just got real messy. I flew out the window. Yes I flew! It felt like it was me having an accident. Anyway, as my character flew out the window of the car, I saw a rumbling view as if I was tossed on the road; as I rolled or was tossed on the road, I presume. I hit my character’s head on a gutter. And as you may have surmised, I got wasted. It gave me as sense of thrill and amazement. Having accidents happen to you in this game, packs a punch to anyone playing it. You’d really be careful with your character in first person. The reason is that you feel as though you are the one in Los Santos getting hurt and whatnot.

Anyway, shooting was one of the things I like in this mode. It’s sort of like being in Call of Duty or a halo mix of some sort. You have a dot crosshair, just like the one in Black. The traditional auto lock aim is still available. But really, playing the game in this mode brings in a new dimension to the game. You’d be so lucky if you haven’t bought it yet when it was released in PS3. Oh yeah, I forgot to mention you could switch at third person and first person view at will. 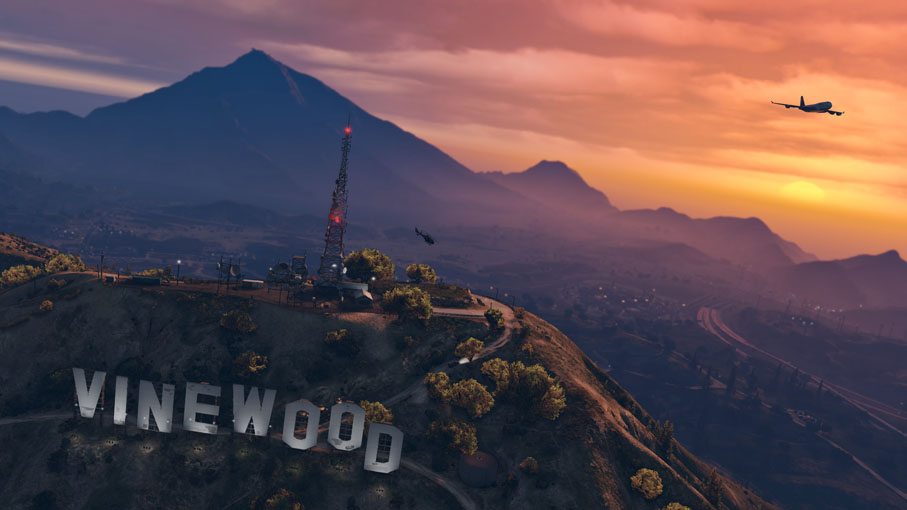 Grand Theft Auto V is really worth it. I’d say 4 thumbs up with this game, yes 4 including the two big toes on my feet. I definitely recommend this game as it gives the feel of realism to the player. The game makes its predecessor look like an old woman, and it’s a hot babe on the beach.