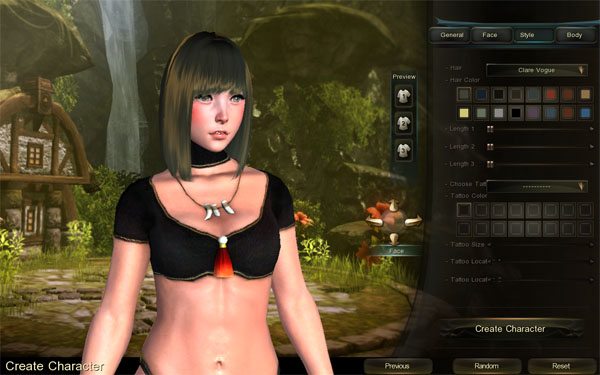 Last February 2, 2012 Webzen opened the doors of one of their newest title for the Media, the Continent of the Ninth Seal. The press had the chance to play the game for their VIP Testing as VVIP. Webzen is allowing the Global players to enjoy the game without any IP Block. As of February 4, 2012, thousands of players who got selected for the VIP Testing were able to explore the game. There’s also some exciting events that awaits them during the VIP Test. In the few days of playing here’s what we can say about the game, so off to the review shall we?

Continent of the Ninth Seal initially offers us three playable classes which are the Fighter, Shaman and Hunter. The fighter focuses on Health and Power and they are basically the close combat melee class. Fighter’s advanced classes are the Warrior, Guardian and Blade Master. The warrior is a pretty balanced class on the fighter tree in terms of defensive and offensive plus, they can go solo as well. Guardian focuses more on its defensive attributes. They use sword and shield for their skills. Blade Master is the offensive advance of the fighter class. They can either use a one-handed sword or a huge two-handed sword which deals more damage.

The Hunter class is based on Control Difficulty, Intelligence and an ample amount of Power. They can either be in close combat or in range through their bow. By choosing a hunter, you will have the options to advance to an Assassin, Ranger or Scout. Assassin excels in their stealth mode and quick attacks. The ranger class is based on some elemental ranged attacks while the scouts are into physical ranged attacks but both of them have a decent speed. Shamans are the spell caster that also use their staff to do melee attacks and is geared towards the path of Wisdom and Intelligence. They can either choose to be an Elementalist, Illusionist or Taoist for their advanced class. Elementalist has the ability to fly and use their elemental powers to summon elemental creatures to also deal more damage. Taoists are the master of martial arts and deals massive damage with their staff while the Illusionists are the magical class with a very decent attack range. 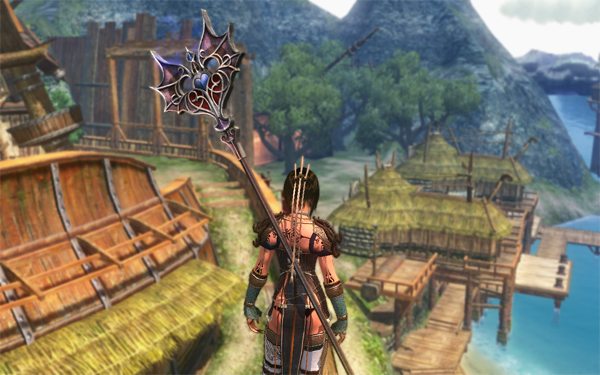 Unfortunately, these classes are gender locked wherein we can only have a female character for the Shaman and male character for the Hunter and Fighter. The character creation offers us a wide range of stuff that can be customized. There are some presets that we could use for our character. The preset for the shaman class is quite impressive. You can actually customize your character’s height, head shoulder, chest, waist, arms, legs, hands and feet. In addition to that, you can also tweak some details and style of your face which really looks cool. The hunter character presets are more of Asian K-pop look while the fighter presets are those types of barbaric builds with very strong personality and apparently hunter and fighter appearances are totally different. 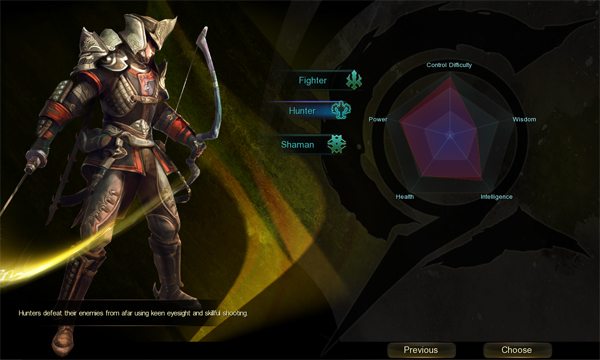 Once you enter the world you will be introduced with a short tutorial. This tutorial includes the controls and navigations. After finishing the basic tutorial, you will then be redirected to the first town, the Waterford Village wherein you will be doing your set of quests. There are several quests that will help you boost your experience points. Also, you can get some repeatable quests from the Bulletin Board. Quests are also categorized into normal, day, epic, party, event, class change and tutorial. Continent of the Ninth Seal is also one of those dungeon based game. Navigating through the C9 mini-map is very convenient as it can guide you to where you want to go. You just simply need to click on any location on your map and a guiding line will show up on the terrain in which you just need to follow. Basically, you would be dealing with dungeons most of your time especially in PvE. Dungeons in C9 are categorized into four: normal, hard, expert and master mode. You need to do the easier modes first to unlock the other modes. Some of the quests require a specific mode to be finished while the others can be finished in any difficulty. As your level progresses, you can unlock certain features of the game. As soon as you reach level 10, you will be able to unlock the usage of the world chat. When you reach level 11, you would be able to start trading items and send a mail through the mailbox. Continent of the Ninth Seal also promotes moderate playing, so they have implemented the stamina system wherein each player will have a limited dungeon runs per day. A player’s stamina shall be replenished everyday around 7am GST (Webzen’s Global Server Time). 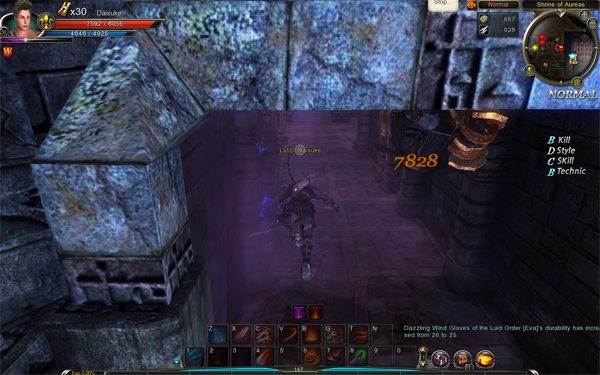 Continent of the Ninth Seal also has its Party Builder NPC that can be found mostly near the dungeon. With the Party Builder NPC you can create a party for a specific continent and a specific dungeon so other players would be able to search and join. You can also use the Party Builder NPC to find a party that you can join for a certain dungeon or even for a specific mission. You can also exchange some specific loot for a map which can be used to enter some dungeons for a certain purpose. There are also some NPCs that you may visit more frequent and one of them is the Wandering Merchant that offers a Skill Reset Scroll and an Inventory Expansion Scroll. It’s really cool to have those essential items on the game itself and not an item mall only item knowing the fact that C9 is a free to play game. There are also some equipment merchants wherein you can buy some equipment for temporary use as they only sell old graded gears. You may be able to get higher grade gears through crafting and by learning artisan, you may also forge higher level ingredients. 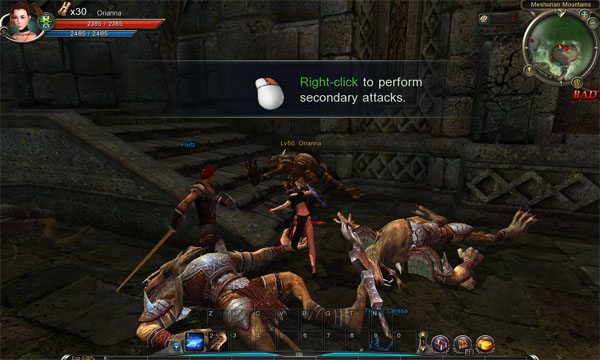 C9 Seal offers five Artisan expertises: Metalworking, Tailoring, Woodworking, Alchemy, and Cooking. Most of the ingredients are available for sale on the Workshop Merchant, so improving your artisan level won’t be that much of a problem. Titles in C9 are called Legend, and you can obtain one as soon as you achieve certain requirements and gives you some additional stats. Enchanting is one of the aspects that a player will be paying some attention to. Hunting the materials for the enchantments may take some time especially for higher level enchantments. Enchantment stones can be acquired through the boxes in the dungeon. Enchanting your gears will cost you some gold and more gold for the rare but it seems to be rewarding when you have a decent enchantment on your equipments particularly in PvE. Equipments in the game also have its durability so you would be dealing with the blacksmith from time to time to keep your equipments in a good condition.

The implementation of skills in Continent of the Ninth Seal is really stunning. I can also consider that this can be a major reason why you would really enjoy the game. Swinging your skills is truly fascinating as you won’t get bored on early levels even though you only have couple of skills. Character’s skill animations are done appropriately based on the concept. Playing as an Elementalist made me really feel how its skills affect the environment, imagine a meteor smashing the ground every 25 seconds. Discussing more over skills, they can be learned through the Skill Trainers in the town. Every class has their own Skill Trainer which can be found on every continent. We essentially have three types of skills: Action, Command and Passive. Action is basically the skills that you can assign and commonly use. Command Skills are those skills that can be initiated through the combination of your mouse and basic keyboard controls. Passive skills, as we know it are the skills that give bonus stats for skills and basic attack effectiveness. You can learn skills as long as you have enough skill points that can be acquired every time you level up. Skill points gained increases as your level increases as well. You must also take note that you can learn new skills depending on your level and it also applies on leveling up a certain skills. So, it’s not necessary that you can level up a specific skill again on your next level. Also, some of the higher level skills require a certain amount of skill stones for them to be used. Skill stones are like some kind of magic ammunition that can be bought from most of the merchants and must be equipped. You can also keep track of your skill stones stock on the upper right part of your screen. In addition to those skills, every player is also entitled to have their “max fury” which starts to charge at level 10. There is a specific quest that will guide you to use it. Max fury gives every player a bonus attack speed, attack damage, movement speed and super armor. 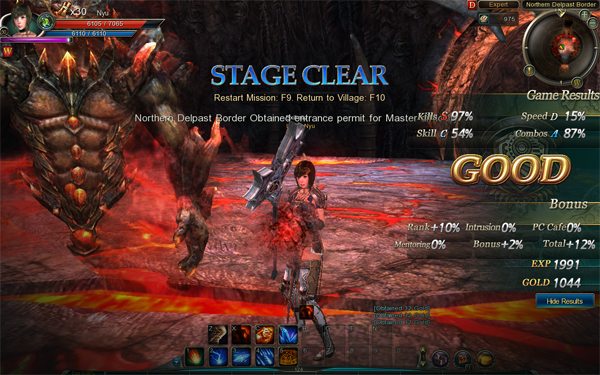 Another side of the game that is really eye-catching is the environment. Cloud 9 Studios seems to have invested much time and effort on the design and details of the game environment. The game’s video option also has its “Depth of Field” settings wherein the distant objects or areas will be blurred and will give your environment more drama. You would also notice that the timely settings of the environment eventually change as well. Though there’s no specific clock indicated in the game, you environment will sooner or later change into night settings or day settings. You may also notice that if you jumped from a high area down to a lower area you will be inflicted a falling damage, but it can only be observed inside the towns as the dungeons doesn’t usually have high terrains. Your character may also swim on the shore areas but it seems like they didn’t put any further details on the swimming aspect. 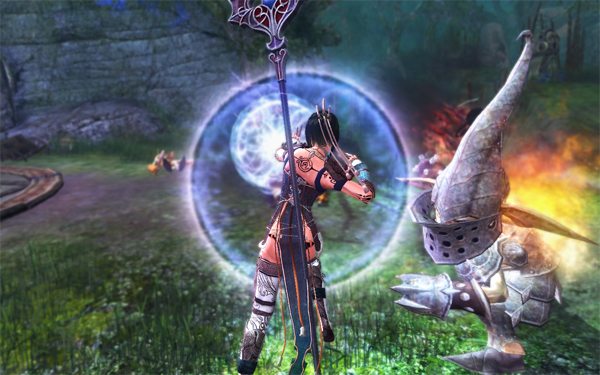 The Guild system in C9 is pretty common. You may create a guild at any level just make sure that you have 10,000 gold in hand. You may start inviting other players to your guild as soon as you have created your Guild. The Guild Master may be able to change the guild rank/position of every member. Unfortunately, we have very limited access to these ranks. Only the guild master can appoint a Guild Officer who can invite other members, while the Guild Officer’s access is only limited to inviting other members. Guilds may also upload a Guild Crest for their guild to express its trademark. Guild Leaders may upload a Guild crest when their guild already reached level 5. Leveling the guild is as easy as doing some dungeon runs. Every member may accumulate certain guild points based on their level regardless of the dungeon’s level or difficulty. C9 also has its Guildhouse feature, wherein guild members may stay and hang out. You can also decorate your guildhouse with some crafted furniture through woodcrafting and grants some bonus stats to the guild members. With the Continent of the Ninth Guild system, players may also have additional skills which are the guild skills. Guild Leader may buy some new skills for the guild in exchange for some guild points. In addition to the guild skills, the game also offer a set of guild buffs that gives decent amount of bonuses. 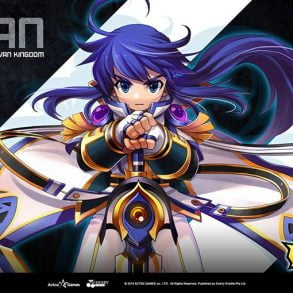