There has been a surprising voice in protest of the current predatory nature of loot boxes in gaming – the online gambling industry!

The reason loot boxes have become such an issue in the gaming community is the fact that they are boldfaced attempts to extract as much money as possible from younger gamers who have no framework for real-world value and the desire for an object which can be gained now, for a fee, versus the need to grind the game to earn it.

Yes, there are adult whales who spend untold fortunes on not only Triple-A games but also on mobile games like Pokémon Go (which has generated revenues in excess of $1.2 billion since launch) and Clash of Clans (whose publisher reported revenues exceeding $2 billion in 2017). A so-called “self-confessed whale” David Pietz admitted to spending well over $20,000 on various microtransactions and loot boxes.

There must an enormous number of gamers willing to shell out their hard-earned cash on digital trash if you consider that Activision Blizzard reported earnings of $4 billion from microtransactions alone in 2017.

To date, many countries have been slow to take a hard line on this issue due to the specific wording around gambling which requires the gambler to be able to receive direct financial gain from the result of the game of chance (i.e. the loot box they receive). So far the only regions making a stand on loot boxes are:

Other territories currently doing their own investigations into whether or not loot boxes are gambling, or if they contravene other laws surrounding advertising to children, including Sweden, France, Germany and the United States.

Where does the online gambling industry come into this?

For more than a decade the online gambling industry has been working on becoming a mature industry. There have been major improvements in terms of game development, secure processing through wallets like EcoPayz, fraud prevention, problem gambler recognition and support, fair advertising practices and more. Clear information about any of the above can be found on most online gambling sites. Casino review sites like Casinotopsonline even go the extra mile for their players. They have vetted over 100 casinos worldwide so that their players can enjoy casino games safely.

In particular, licencing and regulation have been hot topics in the online gambling sector. Most major territories offer government managed licences. These type of licences exist to protect potential players. In these licenced territories it’s as safe to gamble online as it is to go down to a land casino but with better odds and no need to leave your living room!

What companies like EA are doing with these predatory activities aimed at children is to bring gambling to the public dialogue but making the public think of it alongside words like “scam” and “targeting children”.

Gambling is not for children!

Veteran Gamer: Is your ISP killing your character?

This naturally aggravated an industry which is doing everything in its power to protect children and offer a trusted environment for adults who enjoy online slots and live dealer casino games like blackjack and roulette as a form of entertainment.

Casinotopsonline lists valuable criteria to be considered when deciding on an online or mobile casino to play at:

In addition, all casinos licenced by the UK Gambling Commission are not allowed to promote any games or create any marketing content that features cartoonish art or recognised characters from children stories so that they avoid appealing to children. They also need to clearly and prominently display “No Under 18” text and logos drive the point home.

The sooner global action is taken to stymie the predatory nature of loot boxes in game consoles and pc gaming the happier the online casino industry will be. 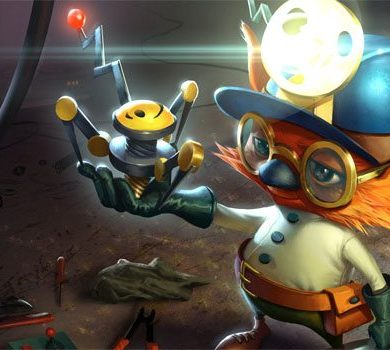