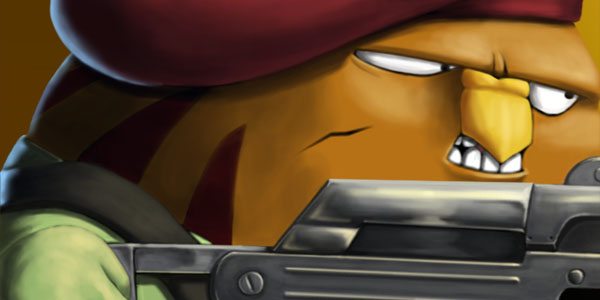 “October has always been a great month for gaming, and what better way to start it off than with a hilariously unique side-scrolling action shooter featuring fantastic and addictive gameplay,” said Ted Lange, executive producer with Reverb Publishing. “There’s something deeply satisfying about unloading clip after clip into a hapless horde of evil birds, and it’s only made better with a friend on co-op.”

Rocketbirds: Hardboiled Chicken (which is also available on the PlayStation®Network) expands the Rocketbirds universe with new characters, missions, puzzles, exclusive music videos, retro cut scenes, an enhanced Hard difficulty mode and more. Set in Albatropolis, a land full of birds taken over by a totalitarian penguin regime, Hardboiled Chicken, the original Coq of War, must assassinate the evil penguin leader Putzki. His mission will unlock the secrets to his mysterious, hard boiled past and uncover the real enemies of Albatropolis. In single-player mode, take on the role of Hardboiled Chicken and destroy your enemies with a slew of weapons you collect and unlock in each chapter. Master fowl play in the co-op campaign as a pair of Budgie commandos on a mission to save the general’s daughter. Many lives will be destroyed, countless penguins will die, and an astonishing past will be unveiled through a series of unlockable cut scenes and videos.

Rocketbirds: Hardboiled Chicken is a part of Reverb Publishing’s growing roster of titles, which includes the massively-successful Dungeon Defenders, as well as the upcoming fall 2012 line-up of Ravaged, Primal Carnage, Edge of Space, Cognition and much more. For more information on Reverb Publishing and its line-up of titles, please visit us at www.reverbpublishing.com. For more information about Ratloop Asia and Rocketbirds: Hardboiled Chicken, please visit http://www.ratloop.com/?games/hardboiled.