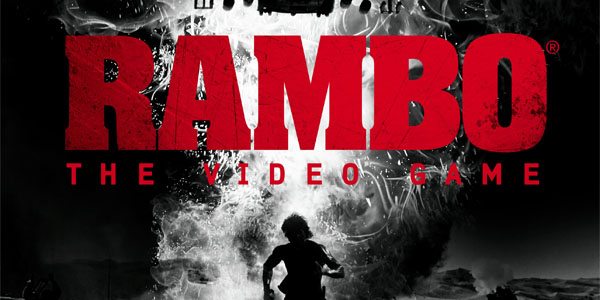 RAMBO ® THE VIDEO GAME will be a fixed-perspective, first-person shooter & action game allowing players to fill the combat boots of John Rambo on a violent journey through iconic action sequences from the original three legendary Rambo movies.

Developed by Teyon; RAMBO ® THE VIDEO GAME will leverage contemporary gameplay elements such as destructible terrain, cover-based shooting and rag-doll physics to deliver the high-quality Rambo-action fans around the world expect.
Reef Entertainment Commercial Director Craig Lewis said: “For RAMBO ® THE VIDEO GAME we are concentrating on authenticity to the films, variety of action and explosive gameplay sequences.

By matching classic fixed-perspective play to a contemporary game engine we believe we can deliver a game that matches the pace and action set-piece diversity of the films.

In case anyone needs reminding of what the original ‘one-man-army’ John Rambo is capable of, we have – in association with STUDIOCANAL – prepared a short highlight reel of John Rambo in action from the classic movies”:

We look forward to sharing more information about the game in the lead up to Gamescom.

The official RAMBO ® THE VIDEO GAME website can be found at: www.rambothevideogame.com