Heroes of the Storm: Cassia Impressions

Heroes 2.0 is coming with some big changes that will include the loot boxes and many new characters of the heroes. Cassia is the first new character and she comes from the Diablo 2 Amazon. She applies javelin-based build, which focuses on blinds, lighting strikes and weird pulls. Matt Cooper, the leading designer of this game has said that Cassia’s character is the perfect inclusion to the game on the anniversary. This new character was introduced with Heroes 2.0 mainly to celebrate the 20th anniversary of the game, which is about to come. The developers are planning to introduce many new characters and the changes start with “Cassia” the Amazon Warmatron.

Cassia possesses many special abilities and those abilities are listed below:

Cassia gets equipped with 65 physical armor to face heroic basic attacks, when going unmounted in the game. The damage gets reduced by 65%, when Cassia gains the armor. 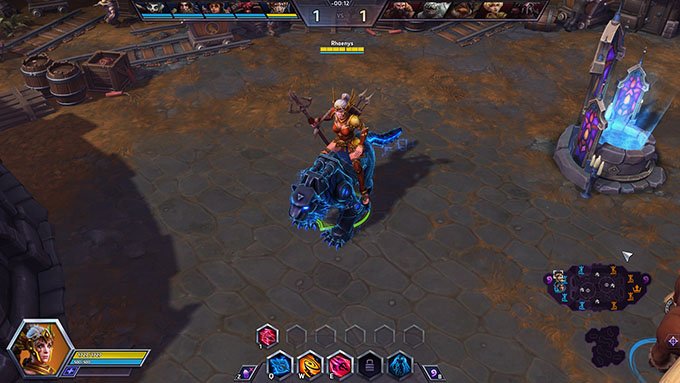 At the level 1, the charged strikes come in the act. This special talent is effective because it helps the players in bouncing a surrounding enemy for at-least 8 seconds. Consequently the enemy’s damage gets increased by 40%. At the level 4, the Ring of the Leech comes in the act. Now Cassia will heal herself up to 35%. It will reduce the damage caused by enemies. It is the time, when she gets ready for further challenges. This warmatron will also get use Plate of the Whales at the Level 4. Cassia will gain 5 HPS, when Avoid trait is active. You will get 1 additional HPS, when Avoid will reduce 5 attacks during this stage. As you will collect 15 bonus HPS, Cassia’s health will increase up to 10%.

On the level 7 you can utilize the War Traveler trait. Cassia’s speed will increase up to 3% after every 0.5 second, when Avoid is active. She will perform 5 times faster and the bonus will reset as Cassia will get back in ideal position. The Lightning Surge feature comes in the act during the 7th level, when Cassia recovers the blocked damage. After reaching a limit, Cassia’s special powers will get activated to fix the damage occurred in an area around her position in the game.

As you reach to the level 16, the Martial Law gets activated. It helps Cassia in causing basic attacks against the rooted, stunned and slowed enemy. The heroes get bonus up to 3% of their maximum health due to this special feature. On the 20th level, Titan’s Revenge, the basic attack range by 2. The armors will not cause any damage and player’s powers will improve to the maximum level. 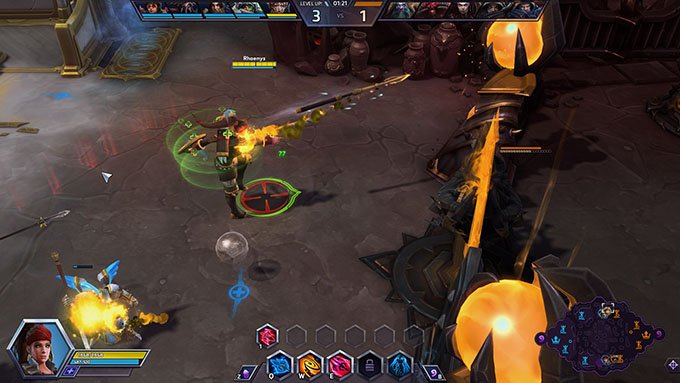 Cassia throws a javelin, which causes a severe damage to the enemies with the first hit. It implodes perpendicularly as two different lightning bolts and destroys all the enemies that get into the grip. At the level Cassia uses the Thunderstroke to hit the heroes with Q. 20 Heroes hit will reward 60 damage and 40 heroes hit will reward 2 charges on Q.

The Grounding Bolt comes into the action, when the lighting fury reduces enemy heroes’ speed up to 20% per 1.5 seconds. The Thundergod’s Vigor will attack the enemies with the early Lightning Fury missile, which will decrease the cooldown by 1 second. At the Level 16, Pierce will get activated. It is the primary missile of Lightning Fury.

It is a very useful special feature of Cassia that allows the players to destroy enemies quickly. You can blind the enemies in the selected area for 2 seconds. It means, the damage causing capabilities of Cassia will increase up to 15%, when the enemies are blind. The players will get True Sight feature at the level 1. It will increase the damage by 10% to the enemies. If the player achieves 80 Heroes hit, he will get rewarded with +1 second increase in blind duration.

The Level 4 offers Inner Light feature due to which the blind light radius will expand up to 25%. The enemies will get rooted and stunned, if they are in the blinding light radius. It can get repeated within every 6 seconds. The Seraph’s hymn comes into the act during the 13th level. It will decrease Blinding Light’s Mana cost up to 40. The cooldown will reduce after the attacks against blinded enemies. 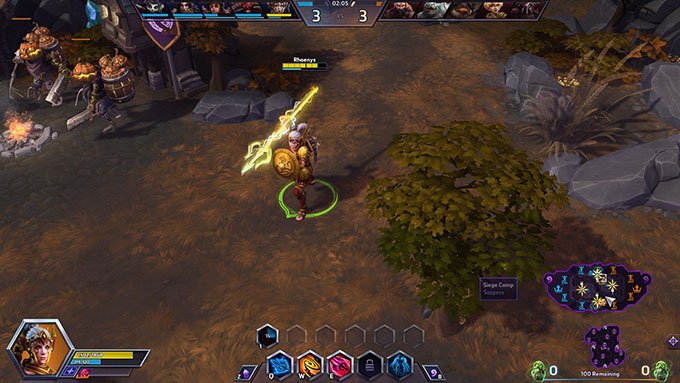 Cassia damages all the enemies in front of her within every 0.25 seconds. It is quite fast and that’s why it is a special talent of this character. The damage to non-heroes will get reduced up to 50% and still Cassia will wipe out the enemies very quickly. Whether the health is below 40% on the 7th level, the damage will get increased up to 50%. Fend’s duration will increase up to 0.5 seconds during the 13th level and area effect will increase up to 20%.

Cassia can throw a ball of lightning towards the enemy heroes, which will bounce up to 6 times on all the nearby enemies. That ball of lighting can also bounce back towards Cassia, but it will not cause any sort of damage to her. At the 20th level, the ball lightning can bounce on the enemies infinitely and that’s how players can easily destroy the enemy heroes.

The next special ability of Cassia is Valkyrie. You can summon a Valkyrie that will rush to Cassia within every 0.75 seconds. It will destroy the first enemy hero hit and it will also stun the enemies for 0.5 seconds, who are standing at the end of her way. This special power can also knock back all the enemies in Cassia’s way.

By considering the set of powers and special abilities, you can say that Cassia is one of the best ranged assassin in Heroes of the Storm at the moment. She possesses damage to stand tall among all the top ranged assassins. All the newbie enemies can run into a 1v1 during the Ball Lightning active and that’s how they may get destroyed.