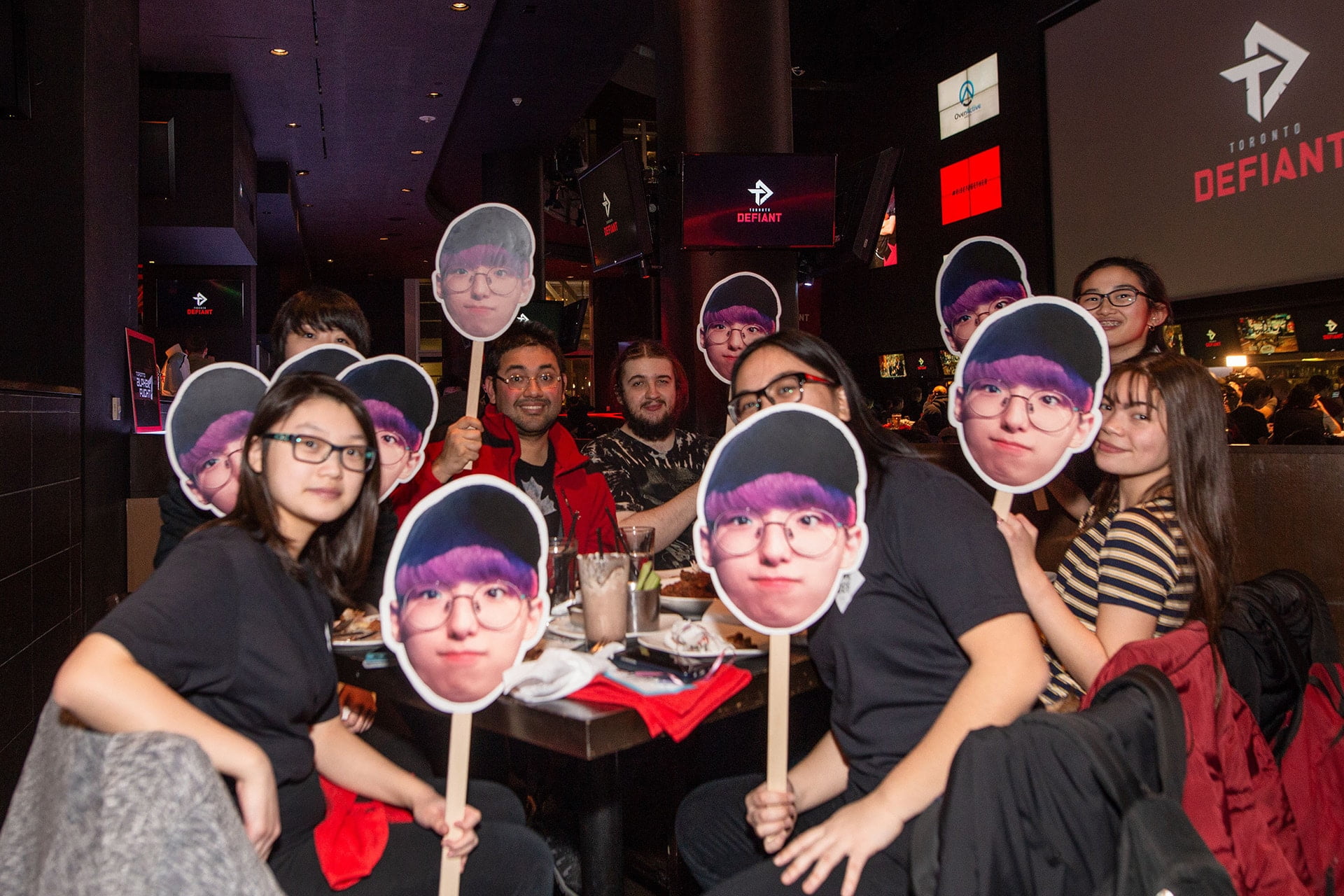 Defiant wins 3-2 in an exciting opening match, that went to overtime, against Houston Outlaws

More than 500 fans, together with esports and traditional sports media outlets, packed into Real Sports Bar in downtown Toronto on Friday night and celebrated Toronto Defiant’s first ever Overwatch League victory. The match went to overtime and the crowd erupted when Defiant pulled off the win.

Defiant, ranked 14th out of 20 teams according to ESPN’s pre-season rankings took to the stage at Blizzard Arena in Burbank, California, and beat 12th-ranked Houston Outlaws in their Overwatch debut. Public viewership figures on the Twitch stream alone regularly surpassed 200,000 live viewers during the Defiant versus Outlaws game. This figure did not include any other Overwatch League global broadcast partners, including those in Asia, where Overwatch is tremendously popular.

The Real Sports Bar gathering was a big moment for esports fans and the gaming community in Canada, providing an official, team sanctioned viewing experience and an opportunity for a digital-first community to celebrate, together, in person. For the esports movement in Canada, which is currently experencing massive momentum, tonight’s viewing party marked another definite move into the mainstream of sports culture in Canada.

“On a Friday night in downtown Toronto, with the Leafs and the Raptors off, our Defiant players took centre stage and the main screen at one of the biggest sports bars in North America and pulled off a fantastic overtime win,” said Chris Overholt, President and CEO of OverActive Media. “This is huge for us, and our fans, and is a moment that we are absolutely looking to replicate over and over again in this city and well beyond.”

Toronto ESports is Better than Ever according to 2020 Twitter Data

Defiant (1-0) will now take on the Atlanta Reign on February 22, 2019 as the Overwatch season continues.