The recently held AsiaPOP Comicon (APCC) Manila 2017 event held at the SMX Convention Center in Pasay City on August 25 to 27 saw thousands of die-hard fans and visitors throng the venue hoping to see their favorite celebrities, artists, writers, cosplays, interactive booths, shows and more. This year’s three day event was filled with so much fun and fantasy that fans witnessed unexpected cosplayers and guests highlighting the events. Even last year’s event was a huge success which had around 40000 fans and visitors attending the event with guest stars like Stranger Things’ Millie Bobby Brown and Skin’s Nicholas Hoult. APCC Manila 2017 was totally different from last year with lots of cosplayers, booths and shows.

While there were plenty of things about the event, let’s see some of the things that came in for huge applause and attraction among the visitors. 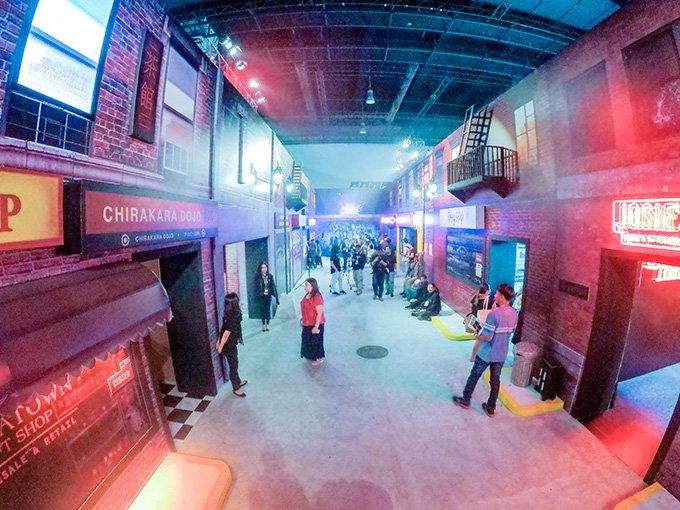 If you want to point out one standout feature of the AsiaPOP Comicon Manila 2017, then it ought to be the Netflix booth. It was really very fun and awe-inspiring to the fans and visitors as it almost mimicked a mini-theme park inside the convention center to showcase all our favorite Netflix shows.

The Netflix hall N also had specific areas devoted separately to Stranger Things, The Defenders, Riverdale, Orange is the New Black and also the recently launched movie Death Note. The Central hallway of the booth was beautifully designed to resemble Harlem from many of the Netflix MCU shows.

They were no ordinary booths you see every year, but every area has been crafted painstakingly to recreate that particular show or movie. Walking into an area themed for a particular show was like entering a new world or getting transported into the show itself and you feel like playing one of the characters in the show. The Jukebox placed at the Pop’s Diner played some wonderful music to keep the visitors enthralled along with a free milkshake. The Walls of the booth were adorned with beautiful family pictures of the Byers Home alongside Josie’s Bar and Genghis Connie’s were also present along the main street.

Netflix also had some loving attendants manning the booth providing all necessary information about everything present in the booth. It was really awesome to see them tirelessly explaining the cool elements in the room for each and every one from the morning. Netflix really played their cards very well and was the best attraction in the APCC 2017. 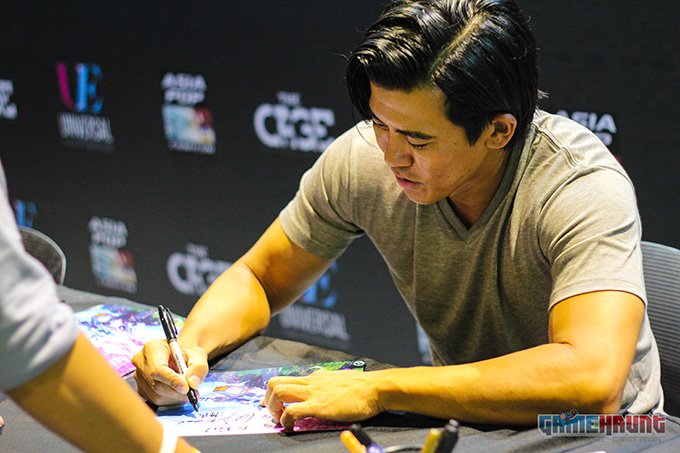 APCC day 1 had some great fun for cosplayer’s fans. If it was the featured cosplayers who displayed their stuff in a fabulous manner, the visiting cosplayers didn’t disappoint too with many of them flaunting their favorite comic and anime hero outfits. Haiden Hazard was notably the best with her Hatsune Miku cosplay and Winter Soldier didn’t disappoint either with accurately designed costume that you could feel the real Bucky Barnes standing right in front of you.

Gaku Space also sported a surprise as fans of the game Overwatch were on cloud 9, as they could hear the voice of Genji Shimada for real. All hell’s broke loose when he screamed the famous lines from the game “ryijin no ken wo kurae”.

There were more than 40 booths lined up to enthrall the visitors and you could witness some amazing artwork from artistes like Stanley “Artgerm” Lau, Miguel Mercado and Peejay Catacutan. The creative corner also featured some great comic and graphic work from local artists as well. Overall the first day of APCC 2017 was really building up to the next couple of days in a huge manner that no one couldn’t wait for the blockbuster event the “CAGE Cosplay” competition. 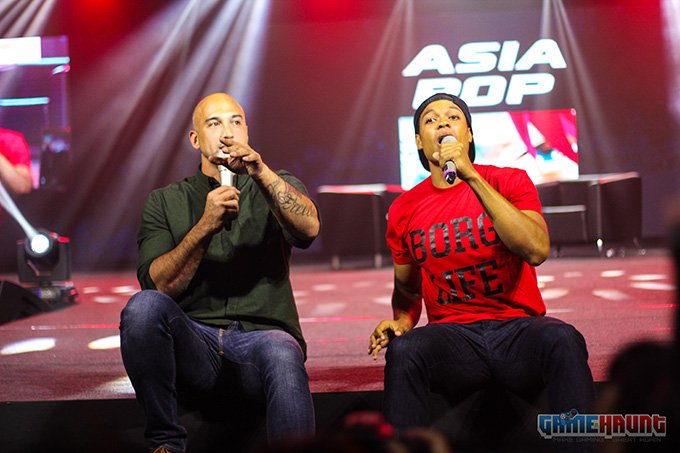 The eventful second day of APCC 2017 opened with a showcase from the third series of the ABS-CBN fantasy show La Luna Sangre. Excited fans were able to meet some their favorite show cast members and also were allowed for a photo op session and panel discussion. Some exquisite stunt exhibits were also performed on stage to fascinate the fans of La Luna Sangre.

The afternoon session opened up with amazing lightsaber stunts from FightSaber PH. Soon after the entertainment geeks were into some real entertainment as more stars arrived onto the scene. The popular Japanese idol singer, Serena Kozuki fantasized the geeks with her notable J-pop tunes. Fans of Teen Wolf actor Tyler Hoechlin and Ray Fisher from Justice League were excited to see their favorite stars in person.

The Cosplay icons lime Alodia Gosiengfiao, Haiden Hazard, and Canvas Cosplay stole the day with their eye-catching cosplays. These three icons also joined with Pion Kim and Jin from behindinfinity as the CAGE judges. They also participated in the CAGE open category competition. Also, fans were able to shake hands with the stars of “Stranger Things” who have come to Philippines for the third time in a row. 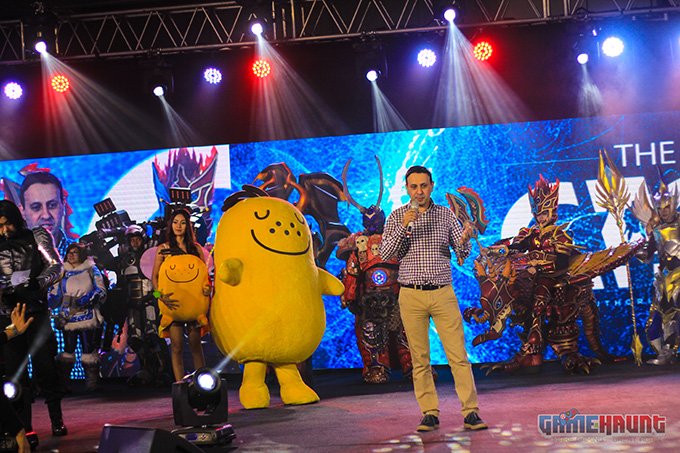 The final day of the APCC 2017 was full of fun and frolic and the day opened with fabulous stunts from FightSaber Philippines and in Hall M, C.B.Cebulski of Marvel revealed some trailers and snippets of Marvels upcoming new releases in video games, movies and television shows to 100 lucky participants in the hall. Participants also were shown some videos showcasing the ultra-modern animation effects from the Rocket and Groot “A Piece of Cake” video.

Fans also witnessed some clips from the ever popular Netflix TV series “The Punishers” and the “The Defenders”. Finally, fans were shown some exclusive footage from Thor: Ragnarok and Black Panther and many more.

AsiaPOP Comicon Manila 2017 is the third successful convention from the AsiaPOP Comicon series as geeks and fans were treated to some awesome cosplays and had close interaction with their favorite stars and had three days of ultimate fun and entertainment. Thanks to Netflix and many other booths and guests who made this year’s convention a huge success.

You can check out all of our photos taken at the 3-Day Event on our Facebook Album.