Anime North successfully completed its 21st year of fun and frolic anime convention. The 2017 event was a three day event that was held from May 27-29 at the Toronto Congress Centre, the International Plaza Hotel and the Toronto Airport Sheraton in in Toronto, Ontario, Canada. The event hosted about 17000 fans and it is the 4th largest anime convention in North America. Anime North is a non-profit fan-run anime convention that holds this mega event every year and the earnings are used for the Toronto’s Sick Kids Hospital, a hospital that is completely dedicated to the care and treatment of children up to the age of 18. 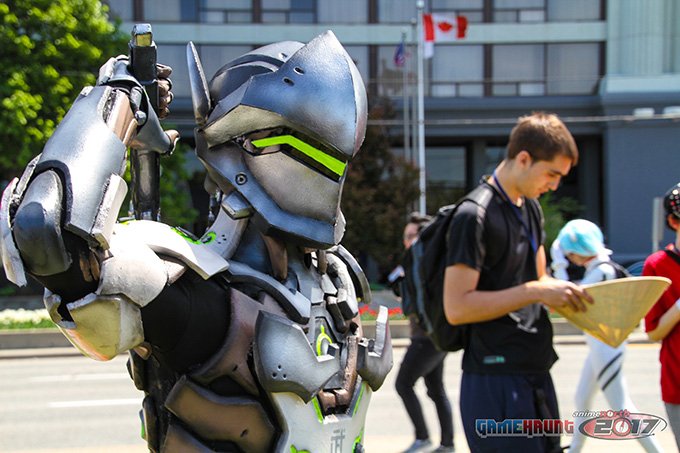 The convention mainly focuses on manga, anime and Japanese culture and American comics was not the main focus, but it still created a great atmosphere and attracted all kinds of comic enthusiasts. One could see a lot of dealers present in the convention. One of the most popular dealers among American comic fans was probably the “One million Comix” that had great Batmen figures at reasonable rates.

One of the main attractions of Anime North are the cosplays. People dressed in different comic characters made the convention a great success. These people take a lot of effort, spend a lot of time and money in designing their costumes of their favorite comic characters. The three day annual event featured tens of thousands of fans from across the world celebrating all kinds of anime culture. The 2017 event was conducted in 3 separate venues which are within walking distance of one another. Some of the major attractions, activities and events include a Masquerade, a Dealers Room, an Artists Alley, Guest of Honor presentations, Gaming (Video and RPG), Panel Discussions, Video Presentations, Contests, and Dances. Shuttle buses were also arranged for the convenience of the people to connect the different venues. 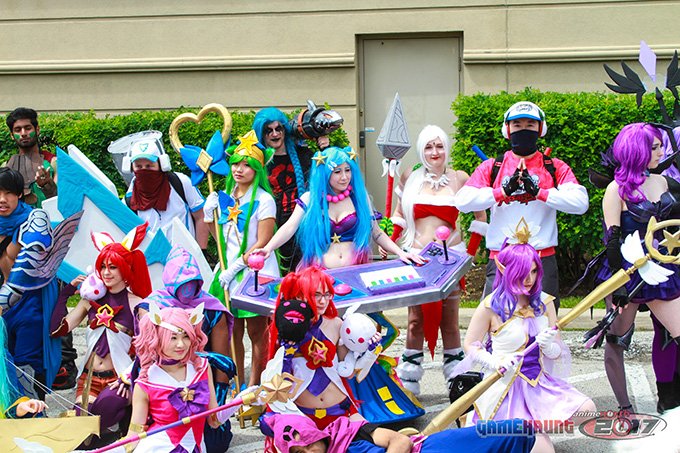 The event started with volunteer and masquerade sign up in the hotel lobby. As usual, this year also Anime North issued a well-documented survival guide that featured all details about the venues, accessibility, shuttle bus routes, registration timings at the hotel, admission rules and guidelines, code of conduct, access policy guidelines, safety and photography rules etc. The guide also featured a detailed list of events to be held in different venues and timings and along with a detailed interior map. The convention also featured a kid’s area for parents to rest with their young kids and also a separate area for nursing moms. 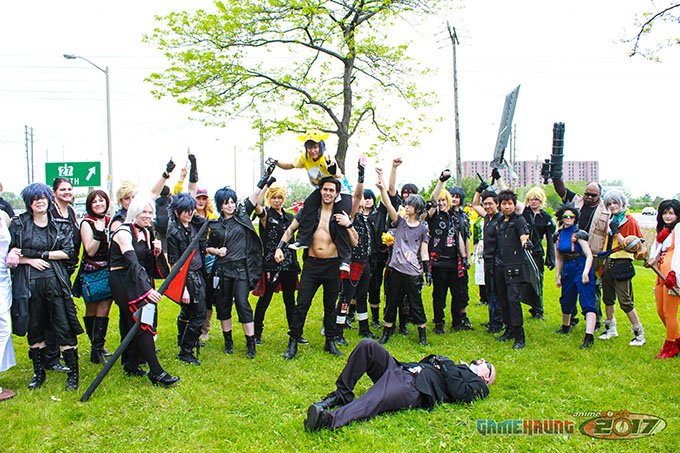 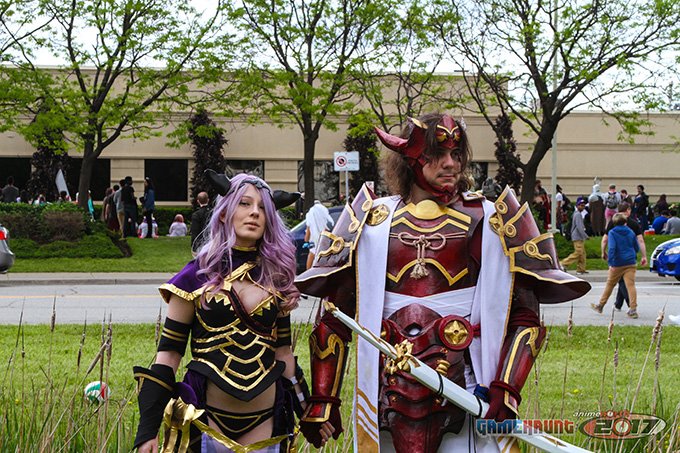 At the International Plaza
Some of the major events of the convention was held at the International plaza. The opening ceremony for the Anime North 2017 was held at the Plaza ballroom on Friday 4:00 pm, and the ballroom was packed with thousands of people. Some of the other major events took place in the International Plaza hotel were Skit Contest, Anime Hell, Masquerade, Music Video Contests, Fashion Shows, Pop Idol dance showcase, Masquerade Awards, idols Final contest and finally the closing ceremony. Café Delish and Lolita Tea Party was also available at the plaza for people wanting to sip a cup of coffee. Contests and Games Shows were held at the Missisauga room and several workshops on anime culture and designing were held in the Toronto room. 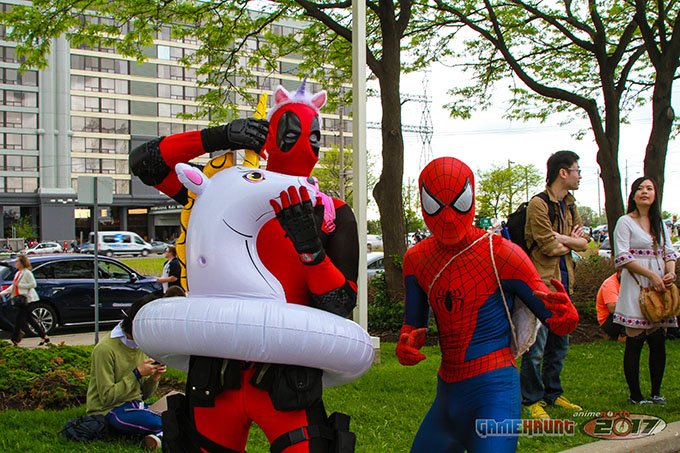 At the Sheraton
One of the biggest attraction in the Sheraton Hotel was the Manga library, which featured more than 5000 volumes of books from almost 600 series. The library offered books for everyone from comedy, romance, action and adventure. The Manga library was held at the Muskoka 3, which was attended daily by hundreds of enthusiastic manga fans. People thronged the library from morning to evening and since you can’t take a manga out of the library, we could see people spending a lot of time in the library reading their favorite books. Other major attraction in the Sheraton Hotel were the video gaming contests and LAN party along with DDR Room, Retro and Console Gaming. LARP events were also held at the hotel. 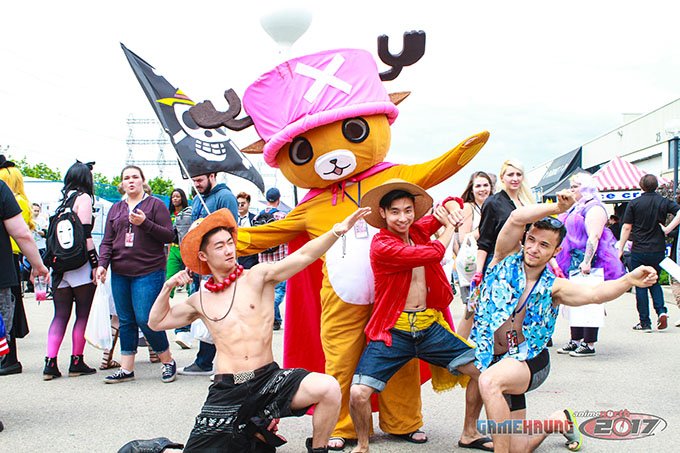 At the Crown Plaza
Major attractions at the Crown Plaza hotel was the Doll North, a mini conference for the fans of Asian Ball Jointed Dolls (BJD). The spotlight of Doll North was on the BJD and you can even see a Doll Market, Game Shows and also featured a Doll North Masquerade. Some of the other major events at the Crown plaza included Charity Raffle draw, which featured many items from the popular BJD companies, Project Runway; doll Edition and many more. 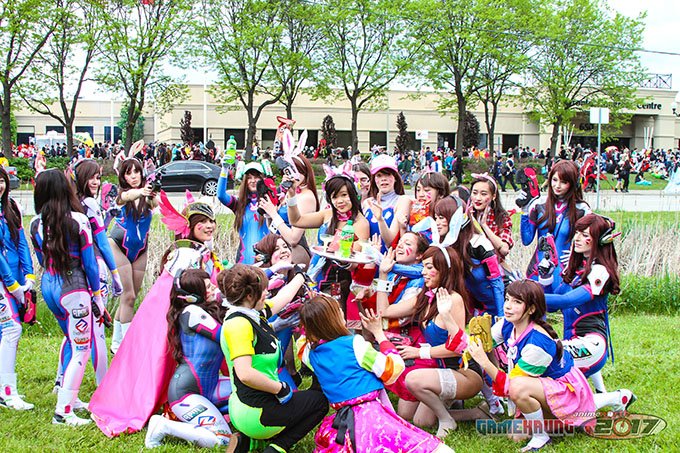 Overall the Anime North 2017 was a huge success with thousands of thronging the venues and shuttling across the venues to attend the favorite events. One can also see a marked increase in the number of people doing cosplay. The masquerade was a lot of fun with people dressed in the favorite anime characters and all the people were receptive to photography. Finally, we cannot forget to thank hundreds of volunteers who signed up for Anime North 2017 and without their help and support the convention would not become a huge success. We look forward everyone to the next Anime North convention in 2018 with more enthusiasm and support.