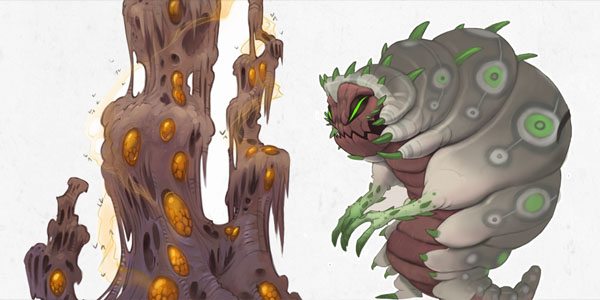 Carbine Studios is excited to announce that WildStar, their upcoming sci-fi MMO, is slated for release in 2013. To celebrate this announcement Carbine Studios are pulling the curtain back on some additional details about the game; starting with the Exile faction, the Explorer and Soldier paths and a brand new zone. What’s more, executive producer Jeremy Gaffney has posted a ‘state of the game’ update to the WildStar blog, which discusses the team’s unique approach both to levelling and end-game content.

WildStar takes place on the planet Nexus, a mysterious world vacated by the ancient Elden but left rich with treasures and technologies to discover and acquire. With that in mind, here’s a little more detail about what we’re discussing today:

· The Exile Faction: Comprised of a loose group of cast-offs and mercenaries (best described by a human member of the Exiles in this introductory video), the Exiles were forced from their home planets and banded together out of necessity. They were the first to settle Nexus.
· Deradune: A new zone full of savage wildlife, both native and introduced. It’s the starting zone for a new race that we’ll be talking more about next week.
· The Soldier Path: Designed to cater to players who prefer combat gameplay. Soldiers are given special path-specific quests and actions that provide a varied combat experience, as outlined in the in this Choose Your Path video
· The Explorer Path: The choice for map completionists and in-game orienteers. The Explorer Path is all about getting to that high peak and areas others can’t reach. The particulars of the Explorer are explained in this Choose Your Path video

Ragnarok Online 2: Legend of the Second Launched on SEA

Look for more information about the Dominion and the races that comprise that faction in the coming weeks.