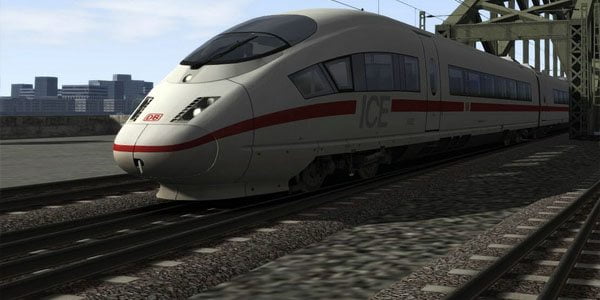 Train Simulator 2013 continues the unprecedented legacy set by the franchise by promising to be the most advanced train simulator in the world. Every aspect of gameplay and the in-game environment is designed to make the player feel like they are controlling a real locomotive. As well as a more immersive experience, improved graphics and additional content, new control options make the simulator easier than ever to operate. For the first time, Train Simulator 2013 will boast Microsoft Xbox 360® controller compatibility, enabling players to get away from their desks and drive in front of their TVs. Players around the world will also be able combine efforts to complete scenarios via Relay Play.

Also for the first time, Steam Workshop™ will be fully integrated into Train Simulator 2013, allowing users to create and share content with players from all over the world.

“The huge community that has developed around this game is incredibly productive, and they have great ideas for new content that can be created,” said Paul Jackson OBE, CEO of RailSimulator.com. “The integration of Steam Workshop allows them to express their vision and easily share it with other users. The all new multiplayer Relay Play will allow friends anywhere in the world to join forces to complete scenarios. Advances in control options and menus will make the experience more accessible to newcomers while offering enhanced and more immersive gameplay to everyone.”