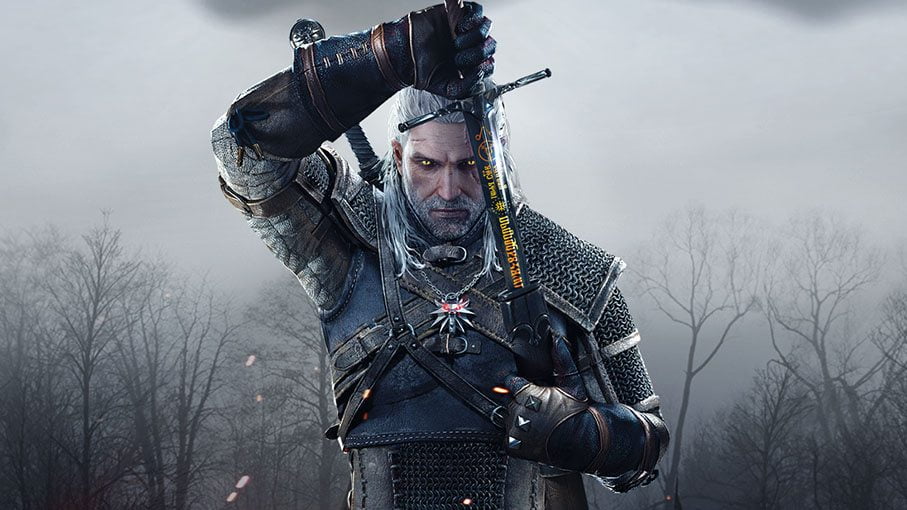 The Witcher 3: Wild hunt is a 3rd person action-oriented, fantasy RPG developed by Polish game devs CD Projekt RED. It is the latest and final installment of The Witcher franchise—well, at least concerning the saga of Geralt of Rivia. With the stunning open world comparable to many AAA titles like Skyrim (or pretty much anything Bethesda makes) and the Assassin’s Creed series, this installment of Witcher may be the best one yet.

It is rare these days to find a game with such heart that it surprises with genuine delight. I wasn’t exactly fond of The Witcher when it first came out, viewing the game merely as one of those other media forms taking advantage of the immensely popular Lord of the Rings hype with its overly zealous marketing of high fantasy and other sorts that made kids want to be like Legolas. 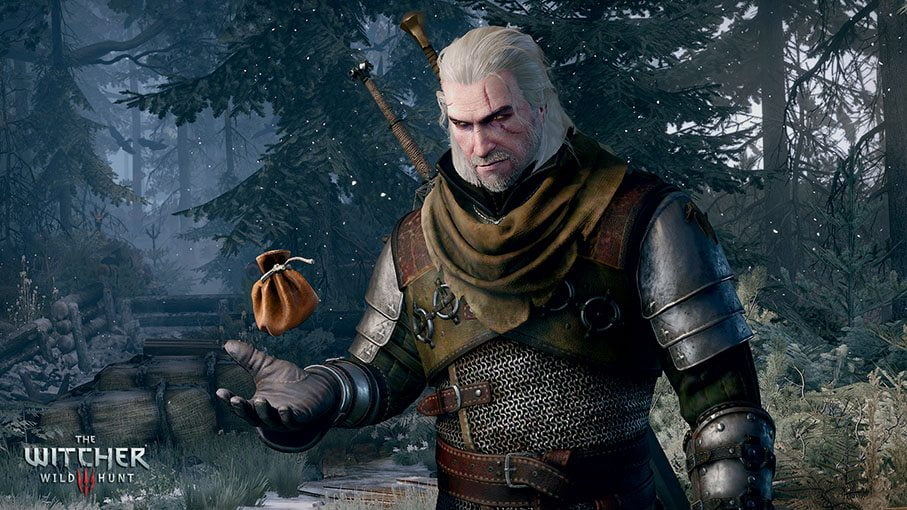 Take into account how Geralt looks like; gruff yet sleek, rough yet debonair, and an all-around tough guy of sorts. A gigantic cliché of a manly protagonist if I ever saw one, coupled rightly with the white hair as well as an air about him indicating a “dark and mysterious” background story. I could care less for another Gary Stu that attempts to travel from one end of the game map to another in order to save a damsel in distress and/or the world from an assured destruction caused by fate, prophecies, or all sorts of other nonsense.

But then, it became a different story once I started playing the first. Not only did I realize that Geralt is an ever-so-increasingly complex character with multiple flaws, the world itself was crafted to be that same way. 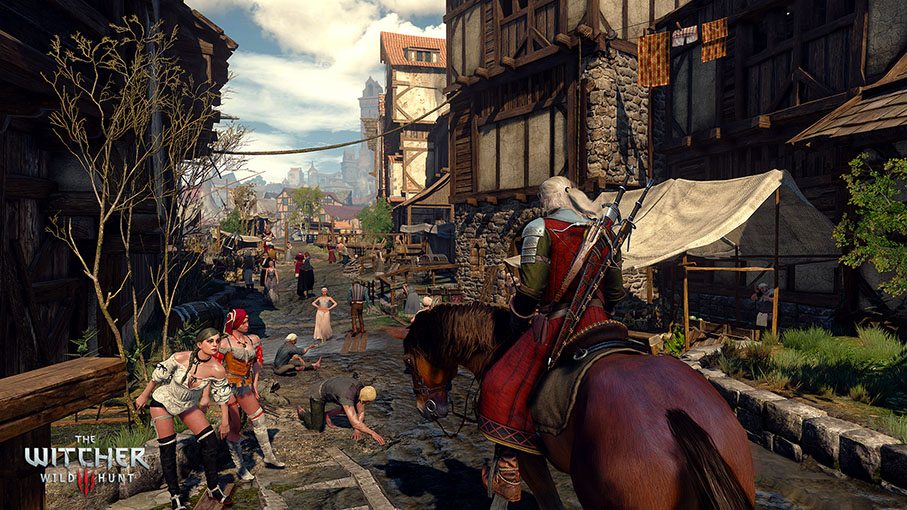 The strength of The Witcher 3 isn’t at all in combat mechanics or the graphical awesomeness (which are all readily apparent), but it is in its story. Sure, the game may fall victim to some shoddy scripts, but those are pratfalls well within the limits common to most games. The better point is that the plot and development of each of the characters aren’t all that obvious, making for some notable surprises along the way. These developments, though not at the level of any shocking Game of Thrones plot twist, all pile up within a player until, finally, they realize how rich the world actually is.

It falls to become even more apparent with the treatment of the open world. Quests feel streamlined to a point where they aren’t quite obvious as mere side missions that players can embark on to improve Geralt’s abilities. No, it goes far deeper in fact. 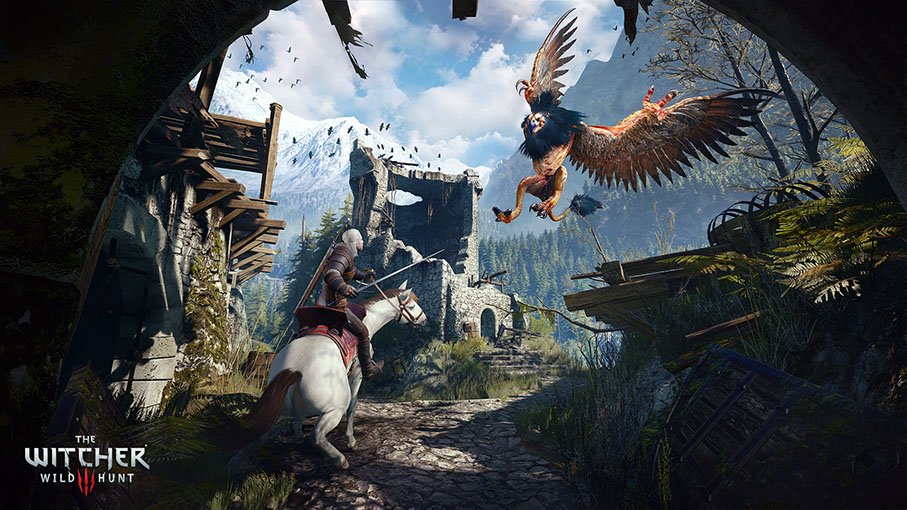 The last time I had ever felt the powerful cling of another world was in the time I had in Bethesda games, most notably that of Skyrim, and we all know how powerfully amazing that game is. In Witcher 3, I felt it once more because I cared little for my own artificial well-being, to say that stats, gear, experience, and all other sorts of artificial rewards and advancements were of little interest, and I was far more gripped by the ailing of the Witcher’s world.

The line between main quest and side quest is blurred to a definitive point where it is so incredibly hard to tell which activity is more important than the others. Every quest line finished and the way it was finished affect the real story one way or another. The consequences are felt strongly, as if you truly are trying to save the world without realizing the fact that you are just playing a game. It is astonishing how the developers crafted the world to feel real—not just in the sense of graphics or other representation of the senses, but to actually feel the grandness of your moral responsibility and consequential actions towards the game’s many inhabitants.

That’s another fantastic aspect; Geralt isn’t what he looks like. Going back to my earlier judgment of Geralt, The Witcher 3 takes the protagonist’s flexibility to soaring new heights. He does not take on a rigid form as to limit players what he can and cannot do, but is susceptible to any kind of decision, morally ubiquitous or otherwise. Sure, he may not be your created character, but he can easily be an extension of yourself as a player due to the excellently crafted dialogue system that engages players and immerses them in the Witcher’s world.

You will feel guilt, you will feel shame, and you might just even feel saddened by the many peripheral activities that require your complete attention. Like I said earlier, it’s very rare to find a game that makes you care about what happens in the world of the game, whether you are an intrepid warrior out for blood or a merciful hero. 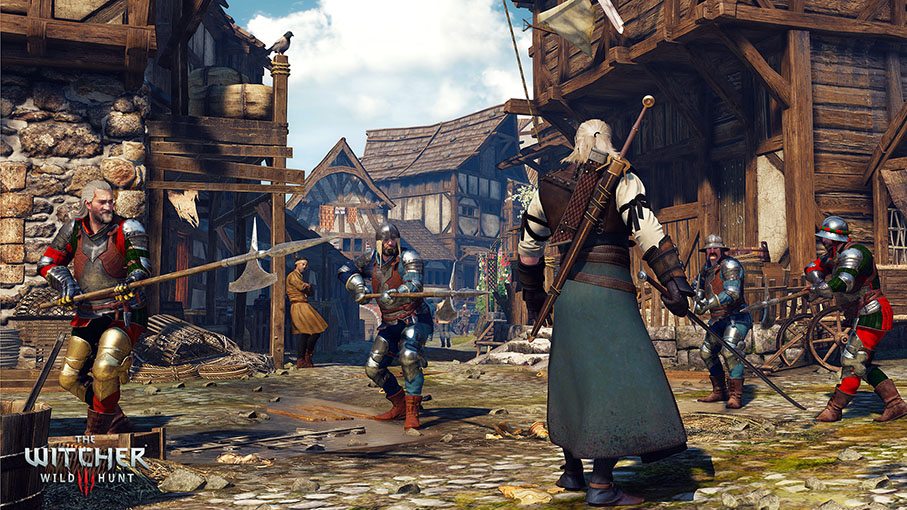 While of a lighter element compared to the grandness discussed above, combat is astonishingly crafted as well. In a fashion similar to the Monster Hunter series and Souls series, The Witcher 3’s combat system is derivative of animation locks and full-blown skill shots. It isn’t something as diminutive as the Dynast Warrior’s hack and slash mechanics, but it can easily be picked up by anyone new to this type of fighting. Very often, players have to carefully plan out their mode of attack, urging caution above all else lest they suffer a crippling blow that could very well spell the end of Geralt. It is a deeply rewarding system and realistic to a point that the game can even come off as something even hardcore survival fans would enjoy. No, I don’t mean in the sense of an actual survival game, but the immersion provided by the combat experience gives off a strong vibe with which many fans of the genre are already familiar.

The Witcher 3: Wild Hunt is a remarkable piece of art in the gaming industry and it is an absolute joy to experience. While it may be have certain oddities and flaws, the entirety in itself makes up for those drawbacks four hundred times over. It isn’t the greatest game in the world, but it comes pretty close. 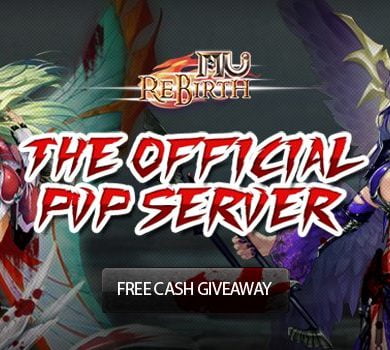