NetEase, Inc. today announced a new MMORPG, Crusaders of Light, for iOS and Android phones and tablets. The full-fledged MMORPG is free to download and currently available in Australia, New Zealand, Malaysia, and Philippines, and coming soon to North America, Europe, Russia and Brazil. Pre-registration is now open and all participating players can unlock up to $50 worth of valuable in-game items, including virtual currency, weapons and a ram mount.

To pre-register now, please visit the official website at http://www.CrusadersofLight.com.

Crusaders of Light delivers an authentic PC-quality MMORPG for mobile phones and tablets with over 300 hours of available gameplay at launch! Featuring dungeon raids of up to 40 players, Crusaders of Light bands adventurers together with their friends in real-time to beat epic bosses and unlock legendary gear. Those who enjoy cooperative play can engage in ranked 1v1, 3v3, and 5v5 PvP arena battles, while sharpening their skills in 25v25 battleground fights. Guildmates can also take advantage of the Integrated Voice System as they climb the ranks by battling other guilds for glory and work together to enlarge their territory.

Leveraging all the elements of a traditional RPG, gamers will embark on a journey in a stunning and open 3D fantasy world filled with luscious landscapes, treacherous dungeons, crab beaches and pirate ships, while completing challenging quests that will reward them with coveted loot. Players will begin by choosing from one of the Ranger, Warrior or Mystic classes and reach legendary status when they unlock the advanced character progression system at level 45.

Crusaders of Light will launch on the App Store for iPhone, iPad, and iPod touch, and Google Play for Android devices later this year. Unite with other Crusaders as they take up arms to fight the Demon Hordes and warn the Bright Council of the Demon Lord D’Praive’s plan to destroy the sacred Tree of Light, thereby threatening the energy source of all life and magic in the fantasy world of Milura. 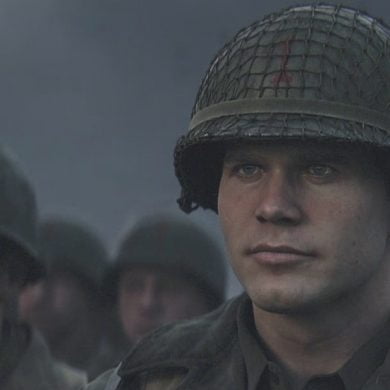