The compact Mushkin Atom flash drive is the perfect solution for those people who are looking for an ultra-portable and high-performance storage device. I found this Mushkin Atom very useful as it comes with an ultra speed USB 3.0 and it is a very small 128GB flash drive, which does not compromise on capacity and the USB3.0port delivers best possible data flow, and remains compatible with USB1.1/2.0 ports.

The enhanced Mushkin Atom USB3.0 flash drive not only offers tremendous performance but also consumes lower power. This new 32GB Mushkin Atom model delivers read speed of 155MBps and write speed of 21.5MBS speed. It also comes with the user-friendly specification to make sure that it works any USB host devices.

Getting cheap flash drives is very easy, and they don’t come with interesting specifications. The devices that I got that showed in the advertisement particularly the small flash drives have totally disappointed me with their poor performance. However, when I got Mushkin, it came with two USB flash drives on a display with a small footprint I was totally impressed with its performance.

The mini design of Atom USB 3.0 flash drive highlights its expediency with a very small form factor, which is just the size of a quarter. This tiny size reduces the need for the flash drive eject and the threat of losing it. The Mushkin Atom flash drive is perfect for compact and thin ultrabooks, notebook computers and tablets. 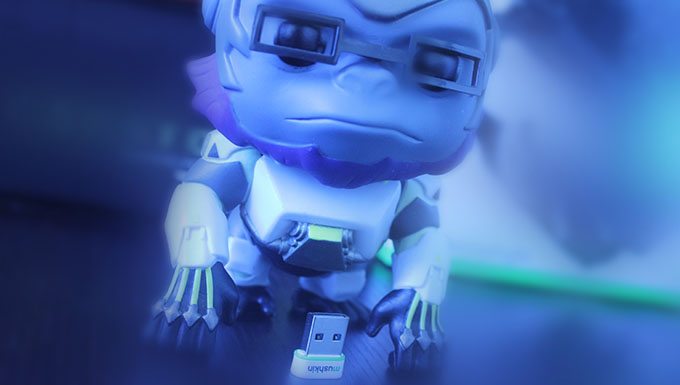 I actually didn’t get any official information on the flash drive controller of Mushkin is being used, but I believe that it is actually supported on an adaptor that comes with 128GB microSD card that is not for swapping cards. However, I was totally convinced by its size and its impressive specs. The width of the Mushkin is not more than three-quarter of an inch, which is little larger than a thumbnail and it comes with a two year warranty period.

The Mushkin Atom flash drive offers extreme performance, including supreme speed that helped me save money and time while transferring data. It offers best data flow that includes reliable and dependable data flow, and it is perfect for photography. Not just for professional photographers, but also an amateur photographer like me can easily depend on Mushkin microSD products for reliable and fast storage options. Also, it is perfect for video as it offers outstanding options for video storage and capture. As per its claims, the quality is guaranteed on this product and it offers unmatched service and legitimate support. 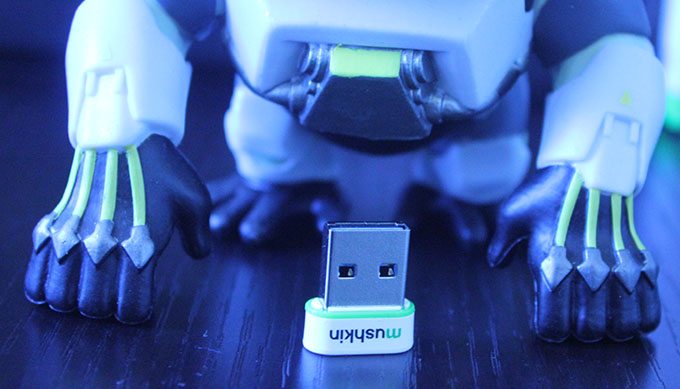 Atom 128GB industrial design is similar to 64GB version. It contains with a small hole at one end that allows you to attach a keychain to secure it. The tiny 256GB Mushkin Atom USB is designed for the users keeping their convenience and portability in mind. This small and reliable size can easily remove the flash drive eject and for users like me who want to use it regularly can easily handle it as it is easy to carry and thinner device which is also best suitable for tablets. It offers an explicit solution, especially when I need an extra storage on a regular basis.

Retail Packaging
The Atom is enclosed in the same field as the Impact, but it is smaller. It is packed in a folding plastic shell, where it displays the product card and the product on both sides. The front side of the card shows the series, brand, and basic description. The other end of the card shows an overview of Mushkin’s Atom, an advertisement for the Ventura Ultra flash drive, model number, and a barcode.

The Atom is tiny and adorable, however, I find it hard to remove the cap because there is not much space to hold. I also ended up scratching as I found it difficult removing from a USB slot especially on my printer. I found a green and black text indicated the flash drive is really the 128GB Atom with a standard symbol of an atom.

Mushkin flash drive’s write and read speed is of 310MBps and 400MBps and for the Impact 256GB. For Atom 128GB the read speed is of 180Mbps and the write speed is of 40MBps respectively. However, these are not matches the default ATTO benchmark settings. All these benchmarks run with the rare USB3.1 port that is plugged into the Atom. Before testing, I used the default allocation size that was formatted to exFAT just to ensure that everything was consistent and clean. 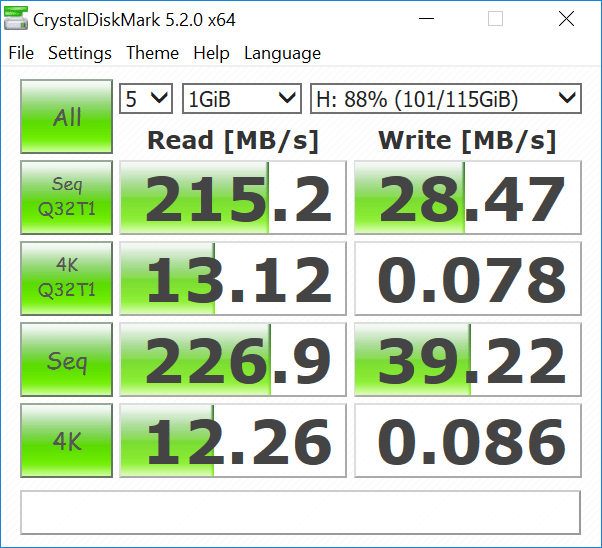 CDM or Crystal Disk Mark, I used standard settings. The best thing about this benchmark is that the information or data is totally incompressible. The Mushkin atom performs well in the real-world situation, this device maximizes throughput for a spec list. In fact, it exceeds specifications. In sequential tests, it builds 4K read speed, and I found that it is the fastest of any other drive I have tested before. The 4K write speed didn’t par the expectations like the Magnum 2 and IMPACT.

4K read speed was the best, but 4k-645hrd reads was glided from the top slot. The 4K and 4k-64thrd writes were the worst of all. The testing style of DAS units also needs to be considered. The most common tradition is a transfer of a large number of videos and photos from/to the unit. The insignificant usage is importing files to DAS into a multimedia editing program like Adobe Photoshop. As these are not transferable SSDs. 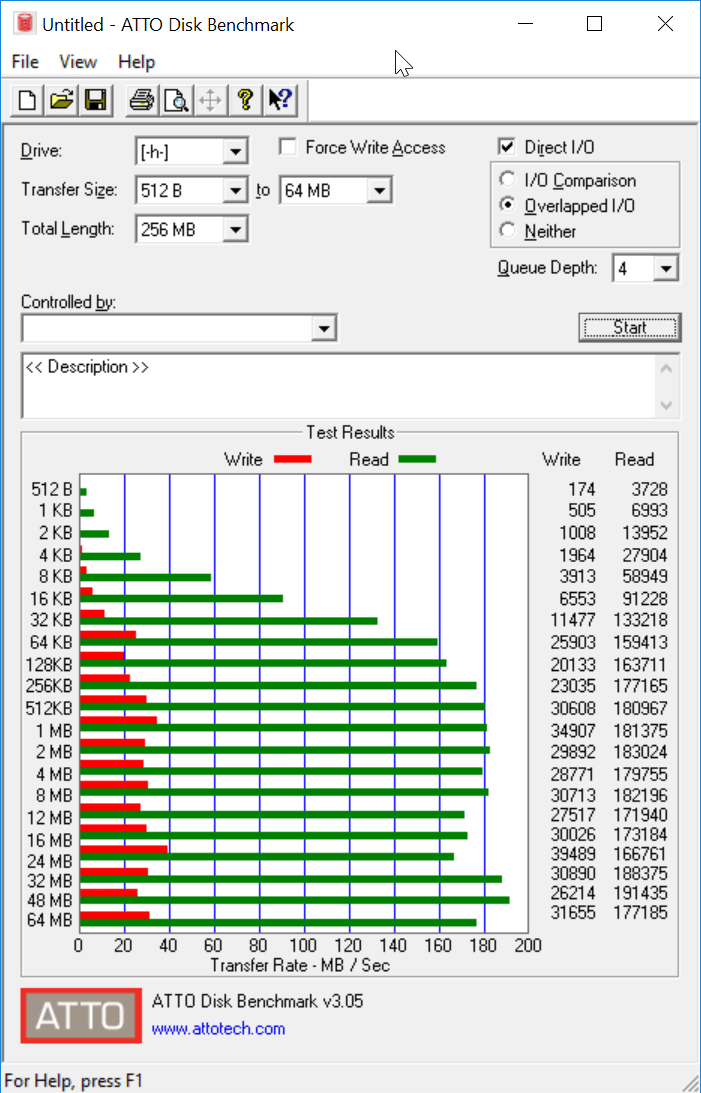 The sequential benchmarking speeds are always above the specifications. The flash drive is small and compact and comes with an attractive design which looks better than several other flash drives. Overall, this it is one of the best flash drives that I have ever used before. The Mushkin Atom USB3.0 comes with best features. It uses less power, less than one watt, and it is available in capacities up to 32GB, which offers sufficient storage option for most tasks.

I am totally impressed with its read speeds of 218MBps, but not much impressed with write speeds of 28.4MBps. The speeds allowed me to expand the storage easily on portable media players, ultrabooks, and tablets, etc. The Mushkin Atom flash drive is available at a very affordable price; it costs just 24-99 dollars for the 32GB model. However, it is one of the best and extremely versatile flash drive that I found it reliable and worthy.